Judge Ramsey Lama of the Colorado 11th Judicial District Court has been assigned to preside over the Barry Morphew murder case. 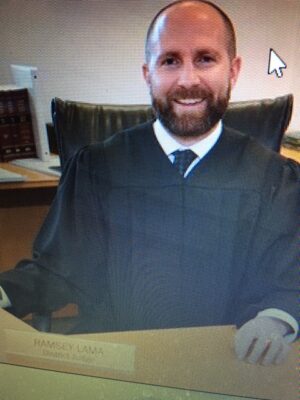 Late in December, Colorado 11th District Chief Justice Patrick Murphey removed himself from the trial because of a longtime friendship and family relationship with an attorney who represents a woman identified as Morphew’s girlfriend, who may be called to testify in the murder trial, which is scheduled for May, 2022.

Normally if such a recusal occurred, the chief justice overseeing the judicial district is the person who would appoint a replacement. But since Murphy is the chief justice of the 11th Judicial District, responsibility for designating a new judge for the trial was transferred to state Supreme Court Chief Justice Brian Boatright.

Prior to his appointment, Judge Lama was a solo practitioner at the Law Office of Ramsey Lama, LLC, focusing on criminal defense. Prior to forming his own firm, Lama worked for the Office of the Colorado State Public Defender in both its Salida and Grand Junction Offices.