Buena Vista is once again taking the question of recreational marijuana to the town’s electorate, asking voters on Nov. 3 if they want to approve retail cannabis stores within town limits.

The town currently allows for medical marijuana and has one dispensary – Ascend Cannabis, which is on West Main Street. If voters approve recreational marijuana, the town will allow two outlets. Because Ascend has indicated it would like to expand its offerings to include recreational cannabis, that would mean just one additional recreational dispensary setting up shop. 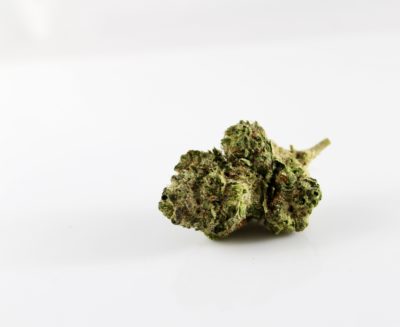 Will BV’s voter’s say yes to retail weed this time around? Photo by Christina Winter/Unsplash.

This is the town’s second run at a recreational marijuana question. Voters defeated the question in 2016. But with the town sitting between other towns that have recreational cannabis dispensaries, and considering the significant amount of new revenue that could fund public projects, the town is asking voters if they want to reconsider.

Trustees originally voted earlier this summer to bring forward the old 2016 ordinance for examination, with the possibility of the trustees directly approving it. But after public uproar over the decision, they rescinded that decision and resolved to put the issue before town voters again.

Colorado’s Amendment 64, which legalized marijuana, passed in 2012 by about 55 percent. Counties and municipalities have the freedom to pass their own regulations on whether cannabis is allowed in their jurisdictions.

The first portion concerns an additional sales tax that would be placed on retail recreational marijuana. It would start at five percent, and the measure builds in flexibility where the tax could be decreased or increased, but would not exceed 15 percent.

Arguments in favor of the tax: Buena Vista has several large projects in its sights. Examples of where the additional revenue from marijuana could be applied include affordable housing initiatives, community support grants, a recreation center, ice rink, or Sunset Vista Park. There’s also the matter of the current fire station, which is no longer large enough for the task.

Because this is a user-specific tax, it benefits the town while falling into the hands of those who purchase marijuana.

The second question asks voters if they want to permit retail recreational cannabis within town limits:

Should the Board of Trustees of the Town of Buena Vista permit the use of property in the town for retail marijuana stores as those establishments are defined in the Colorado Marijuana Code, C.R.S. § 44-10-101, et seq., and should the regulations be as set forth in the draft ordinance entitled “An Ordinance Repealing and Reenacting Article IV of Chapter 6 of the Buena Vista Municipal Code Concerning Medical and Retail Marijuana Businesses and Amending the Town’s Zoning Regulations to Include Medical and Retail Marijuana as Permitted Uses in Certain Zone Districts” approved, but not formally adopted by the Board of Trustees on August 25, 2020?

In other words, if the voters are in favor of retail marijuana, the Board of Trustees then can proceed with adopting an ordinance to change the municipal code. It will remain up to the trustees as to when that will happen and there is no requirement that they move ahead with the ordinance.

Arguments in favor of allowing retail marijuana sales in town:

Buena Vista remains an island in terms of recreational marijuana. Fairplay, Salida, and Leadville all have recreational dispensaries, meaning that Buena Vista is losing out on that business and the sales tax that goes with it. Moreover, if tourists travel out of town to purchase marijuana, there is a leakage of the town’s restaurant and retail business, in addition to lodging and activities. Proponents of the ballot questions say that allowing retail marijuana at this point only makes sense, especially since the number of stores would be very limited. In addition, marijuana shops provide year-round employment.

More than half of US adults have tried marijuana, despite it being an illegal drug under federal law. And while illegal cannabis can be cheaper, it isn’t subject to testing. Legal marijuana poses fewer risks in that regard.

One of the key arguments against recreational cannabis is the same as one of the key arguments for it: Buena Vista is an island that does not allow retail weed. For those who want to live in or visit a place that downplays recreational cannabis, Buena Vista checks that box. Some of those against retail weed say the town is not in dire straits financially and shouldn’t have to rely on marijuana to boost its coffers.

Critics of legalized marijuana say that weed generally hurts society, that it is responsible for drugged driving and emergency room visits, among other downsides. They also claim that legal marijuana has created new opportunities for the black market because cartels can undercut the prices charged by state-licensed sellers.

Critics are also concerned about the message legalized marijuana sends to young people, whose brains aren’t fully developed until they are in their mid-20’s. They also say that poison control cases rise for children and pets when marijuana is made legal.