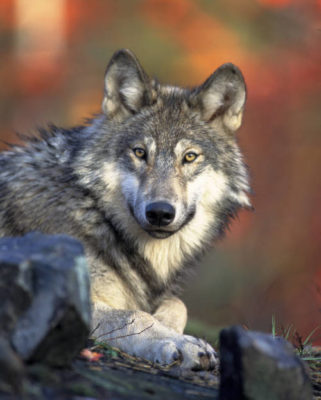 Proposition 114 will ask Colorado voters if the gray wolf should be reintroduced here.

Editor’s Note: This week Ark Valley Voice will go through each 2020 ballot question, covering the pros and cons of each question. All 2020 Ballot question coverage will be filed under the AVV In-depth category “Elections”.

Proposition 114 is an emotionally charged question that asks voters to direct Colorado Parks and Wildlife to reintroduce gray wolves in Colorado starting in 2023.

There are currently wolf populations in the Northern Rockies as well as packs to the south of Colorado. Theoretically, wolf reintroduction in Colorado would connect these populations and support the recovery of a species that was hunted almost to extinction in the early 1900s, led by ranching interests and those settling land. Wolf advocates see Colorado as a critical, final link to returning wolves to the Lower 48 States.

Those who oppose wolf reintroduction, often hunting and agricultural interests, call such propositions “ballot-box biology,” where voters step in to direct wildlife management. The Colorado Wildlife Commission rejected a 2016 proposal to reintroduce wolves, citing threats to livestock and big game.

Meanwhile, the Rocky Mountain Wolf Action Fund, the nonprofit behind Proposition 114, claims the support of more than 70 conservation-based organizations.

If the vote passes, Parks and Wildlife will be required to:

Last year The U.S. Fish and Wildlife Service proposed that gray wolves be removed from federal protection and management returned to states, calling the decades-long restoration of wolf populations “one of the greatest comebacks for an animal in U.S. conservation history.” Gray wolves have already been delisted in Wyoming, Montana, Idaho, Oregon, and Washington. Bringing wolves to Colorado helps the state align with the overall efforts in the Rocky Mountains.

Proponents say the 1995 wolf reintroduction in Yellowstone National Park revived that ecosystem – that the introduction of an apex predator created a set of ecological triggers from the top down that ultimately established an ecological balance. They add that wolves enhance the visual and audible landscape.

Without wolves, deer and elk can overgraze sensitive habitats, causing soil erosion, adding sediment to streams, and impacting fish populations. Leftover prey feeds scavengers such as birds and small mammals. Wolves also naturally limit the spread of disease, such as chronic wasting disease, by taking vulnerable animals out of the population.

While a pack of wolves was spotted in northern Colorado in January 2019, there are some reports that two of those wolves may have crossed back into Wyoming and were killed. This points to a problem: In Colorado, wolves are protected by the Endangered Species Act, but in Wyoming, which reintroduced gray wolves in 1995, the state now manages the wolf population and wolves can be killed without a permit. This means that wandering wolves will have a very difficult time re-colonizing Colorado and that science-led reintroduction is the only real way for wolf recovery here.

A pack of wolves was discovered in January in Moffat County, and they could be the first such pack to be here since the early 1900s. Opponents to wolf reintroduction argue that if wolves are migrating south into Colorado, there’s little need to spend $500,000-$800,000 a year during the implementation phase. Colorado Parks and Wildlife has confirmed or probable wolf sightings in the state in 2004, 2007, 2009, 2015, 2019, and 2020.

There’s also the matter of asking voters to make large decisions in wildlife management. “Taking the responsibility of managing wildlife from a wildlife agency and putting it in the hands of the public that make a majority of their decisions with emotion rather than fact is a tragic mistake and will cause unintended consequences,” says Ron Velarde, who retired in 2017 as a regional manager for Colorado Parks and Wildlife. “As a biologist, I resent managing wildlife by ballot — wolves or any other species.”

Proponents are looking at an established population goal of 250 wolves. Critics ask how this will not only impact wildlife and livestock, but also the multi-million-dollar hunting industry in Colorado.

In addition, gray wolves are managed in Colorado by the U.S. Fish and Wildlife Service due to protected status under the Endangered Species Act. Even if voters approve the measure, it is unlikely the Department of the Interior will approve wolf reintroductions in Colorado.

Proponents say that if wolves are to repopulate in Colorado, it should happen at a slow, natural pace. This is happening in Oregon and Washington, where wolves have come back without a forced reintroduction.

How the money works:

Beginning in state budget year 2023-24, spending will increase to about $800,000 per year for the implementation of the wolf reintroduction plan. Implementation costs will only be incurred if federal approval is received, or gray wolves are no longer listed as endangered and the state is able to begin its reintroduction plan. Costs will be paid primarily from hunting and fishing license fees or appropriations made by the state legislature. Actual state spending will depend on the details of the plan developed by the Colorado Parks and Wildlife Commission and the number of livestock losses caused by wolves.