Editor’s Note: This week Ark Valley Voice will go through each 2020 ballot question, covering the pros and cons of each question. All 2020 Ballot question coverage will be filed under the AVV In-depth category “Elections”.

Proposition EE would increase cigarette and tobacco product taxes as well as create a new tax on nicotine products such as e-cigarettes. Currently, cigarettes are taxed at a statutory rate of 20 cents per pack. In 2004, Amendment 35 authorized raising the tax to 84 cents in an initiated constitutional amendment. The new ballot measure would increase the statutory tax rate to $1.80 per pack by July 2027, increasing the total state-levied cigarette tax to $2.64 per pack. 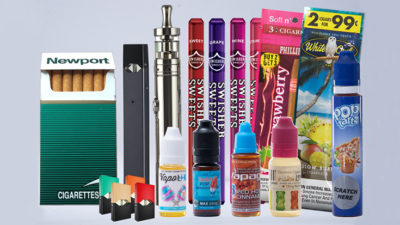 Nicotine products such as e-cigarettes are not currently taxed. The ballot measure would create a new tax on nicotine products that would match the tax rate of tobacco products. The rate would start at 30 percent of the Manufacturer’s List Price (MLP) in 2021 and increase gradually to 62 percent of MLP by July 2027.

It is a fact that Colorado has one of the highest teen vaping rates in the country. Studies have shown that raising taxes on tobacco and vaping products helps people, teens in particular, quit using and discourages them from starting. Closing the tax loophole for vaping products would strengthen the public health system; support children’s learning and keep families housed.

A Brighter, Healthier Future for Colorado’s Kids is registered to support Proposition EE. The committee reported $2.4 million in contributions and $1.55 million in expenditures. The top five donors contributed 87.95% of the contributions to the support committee. Gary Community Investment Company was the top donor with $750,000 in contributions.

Those who support Prop. EE say it will:

No on EE—A Bad Deal for Colorado is registered to oppose the proposition. Liggett Vector Brands, a tobacco products company, provided $1.07 million in in-kind contributions to the opposition committee.

This measure got on the ballot because it was sponsored in the Colorado State Legislature by Democratic state representatives Yadira Caraveo and Julie McCluskie and Democratic state senators Rhonda Fields and Dominick Moreno. The measure passed along party lines with Democrats in favor and Republicans voting against, minus three House Republicans and one Senate Republican who voted in favor.

Due to the Colorado Taxpayer Bill of Rights (TABOR), statewide voter approval is required to enact legislation because it seeks to increase government revenue at a faster rate than the combined rate of population increase and inflation.

Opponents of Prop. EE really make only one main point in favor of oppoing the ballot question: it will  increase the cost of tobacco and nicotine products for adults.