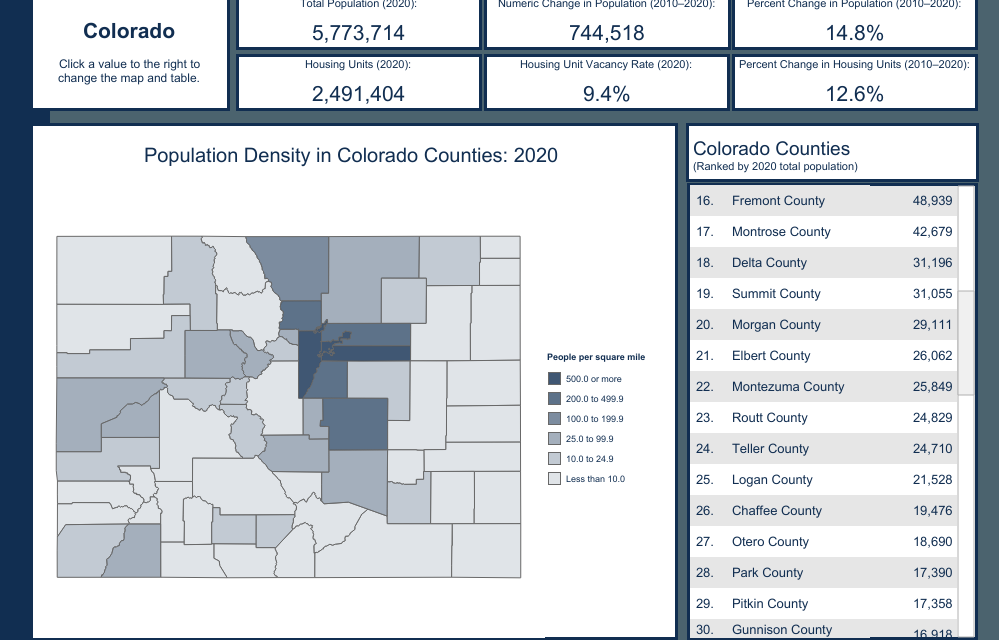 First, as reported in our first 2020 Census story, Colorado is one of the country’s growth states, experiencing a 14.8 percent increase in population from 2010 to 2020. In fact, Colorado is one of only ten states and the District of Columbia that grew by 10 percent or more.

Second, the data shows that Colorado’s growth isn’t just natural population growth; we are a state where people want to live and work and play, and like many other western states, we continue to see inbound migration. 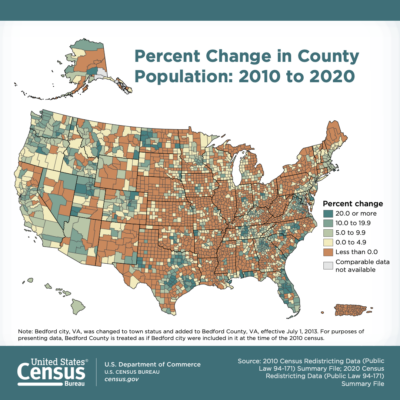 Over the ten years from 2010 to 2020, Chaffee County saw its population grow by 1,667 people, a 9.4 percent increase over the course of the decade. That places it 26th in growth among Colorado’s 64 counties and gives the county a density of 19.2 people per square mile.

This places the county at the top of the 5.0 – 9.9 percent growth category, not the highest in the state, but nowhere near the lowest, or in the negative growth range; as has happened in some eastern Colorado counties:

Colorado Housing Has Not Kept Up with Population Growth

The census data reveals another disturbing piece of data: while the state’s population has grown 14.8 percent, the state’s housing stock has lagged considerably behind — growing by only 12.6 percent.

Chaffee County ranks 28th in the state (among 64 counties) for a total number of housing units.

That 2.2 percent growth gap is not the only factor affecting the workforce housing shortage in the central Colorado mountains, but it surely does not help.

A sample of Central Mountain counties: