2021 State of Education in Colorado: Underpaid, Understaffed and Often Undervalued 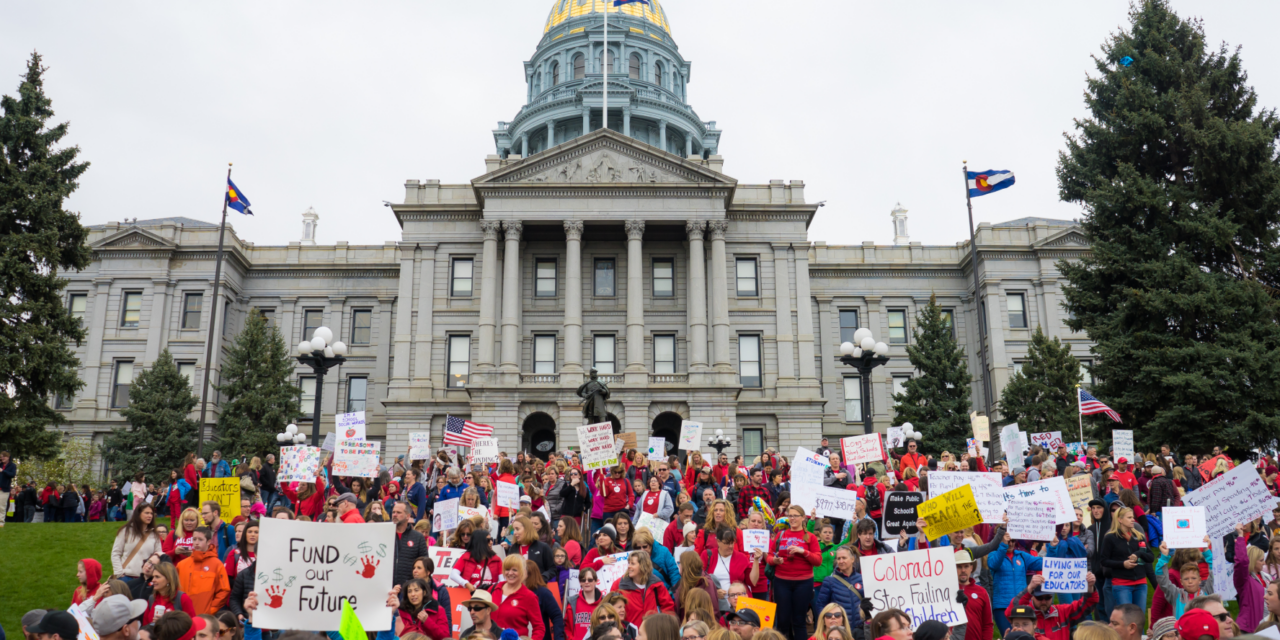 “Where did the Educators go?”

That is the stark question asked before you even open the cover of the new Colorado 2021 State of Education report by the Colorado Education Association (CEA). The association represents some 39,000 Colorado public education professionals, and educator shortages are having an impact on both the profession and the student experience.

The association is comprised, not just of teachers, but all those referred to as “educators:  counselors, social workers, nurses, bus drivers, food service workers, paraprofessionals, mechanics, security guards, custodians, maintenance workers, office professionals, and anyone who works in a public school.”

The problems of public school systems were there long before the past two years of COVID-19 pandemic closures, and attempts to teach children in the midst of a national emergency. The challenges have been mounting in Colorado for years, the result of continuous underfunding, educator burnout from chronic understaffing, and made worse in the past years of conservative vitriol over health, safety, and history curriculums.

Even before the latest controversies, Colorado’s funding of its public school systems could be called an embarrassment. For a state that touts a highly educated workforce in its economic development pitches, it has slid by attracting highly educated professionals from other states and underfunding its own public education system.

In fact, at this point, Colorado has underfunded its public schools by $10 billion (representing 13 years of underfunding) since the passage of Amendment 23; the budget stabilization factor that was supposed to set parameters for school support. For the 2019-2020 school year it was behind $572 million and in 2021-2022 it is $571 million behind. That means that this year, public schools are receiving half a billion dollars less than what they should have (given Amendment 23 requirements, inflation, and student enrollment changes).

Sadly, at this point, a senior in a Colorado high school today has never experienced a fully-funded public education.

Colorado ranks in the bottom third of states on spending per pupil: $10,202 per year. (Education Week gave it a D+ grade). Spending per student is $2,158 below the national average. Even neighboring Wyoming, with only half a million people, invests more than $16,000 per pupil per year.

When it comes to educator pay, the stats are even worse; Colorado ranks 48th out of 50 states in starting educator pay. In fact, Business.org ranked Colorado 49th out of 50 states and D.C. for starting teacher pay; six percent below other professions; a concerning situation when you consider that attracting and retaining qualified teachers is critical to a quality education.

Given that educators spend hundreds and even thousands of dollars to equip their classrooms and supply their students to teach at the level required, the income gap becomes even more severe.

When we consider that teaching requires a four-year degree, continuing education, and often an advanced degree, the level of disparity among the professions is critical. Between 2012 and 2020, the average income in Colorado rose 44 percent. But for educators during that same period, it rose only 18 percent.

An Oct. 2021 survey by CEA showed that more than two-thirds (67 percent) of its surveyed members said they were considering leaving the profession in the near future; a 27 percentage point increase from the 40 percent of members who said the same thing in December 2020. Many are considering career changes and early retirement. These educators most often point to their overwhelming workload and low pay as the reasons to leave. This past year they often had to teach in-person and virtually on-screen at the same time, class after class.

Schools are understaffed, even as some educators are doing more than one job; there are currently 3,300 open positions across Colorado public schools. As the COVID-19 pandemic has continued this school year, first with the Delta variant, then Omicron, then respiratory viruses and the normal flu season, schools have struggled to maintain adult-student ratios in school buildings to remain open. Teachers are covering multiple classes at a time. Administrators are cleaning bathrooms, counselors are working lunchrooms. Schools with not enough school bus drivers have had to tell parents to handle getting students to school.

It’s not that educators don’t love what they do; teachers get into the profession because they want to teach. But there is such a thing as being appreciated by those for whom you work.

The voices against public school educators have been growing over the past several years, much of it generated by some in the vocal conservative right. They have attacked everything from sex education curriculum to demanding equal presentations of creationism as a scientific theory, to questioning why students need to learn algebra. When attacks by gunmen on schools began to increase, they took to demanding that teachers carry guns.

Recently these voices have bitterly accused schools of teaching critical race theory (they don’t), of teaching history with an attitude that makes white students feel bad (they don’t do this either), to putting forward the idea that school classrooms should have cameras so someone can monitor the teacher (a really bad idea that breaks a number of privacy rules).

This past Nov. 2020 election, the right deluged many school boards and school board races with their own candidates demanding an end to face mask mandates, demanding that schools not enforce quarantines, or isolation, or not require vaccinations, and asking that questionable COVID treatment theories such as bleach and Ivermectin be validated.

With more than 95 percent of U.S. public schools attempting to stay in-person and continue teaching, the fortitude of school boards, school administration, and dedicated teachers has been admirable.

While the opponents of public education are vocal, it is important to remember that they are a minority. Harstad Strategic Research conducted a voter poll in September 2021 for CEA to gauge the public on issues that affect public education.

Just as encouraging, by an 89 to 6 percent margin, Coloradans are more likely to vote for a school board candidate who “supports students learning the complete and honest history of our country – including the good and the bad parts.” So there is hope for our students to receive an honest history curriculum.

Editor’s note: AVV Managing Editor Jan Wondra has three dedicated teachers in the family: Her daughter, a son-in-law, and a daughter-in-law.