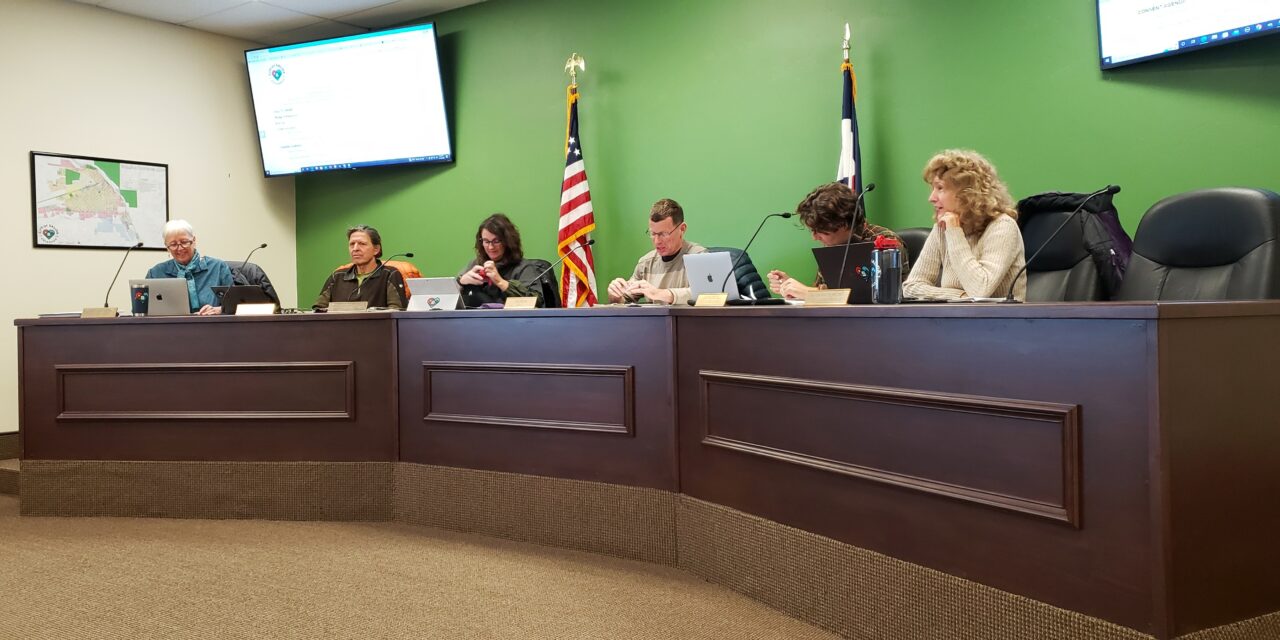 It was a quiet night in Salida City Council chambers Tuesday Nov. 15. Perhaps it was the agenda (or maybe simply post-election fatigue), but scheduled zoning and annexation matters moved ahead rapidly.

Regardless of the outcome of the multiple housing issues on the Nov. 8 ballot, the crisis of housing remains top of mind for the community at large as well as those who regularly attend city council meetings.

Bringing Everyone Through The Crisis Of Housing (BETCH)

Madelyne Felsch, BETCH Board Member and Manager at Tres Litros Beer Company expressed concern about any full-time employee requirement for qualification towards employer buy-in housing. Speaking for BETCH,  “we will not be able to support any form of employer buy-in housing as we find it gives employers an inordinate amount of leverage over their employees,” Felsch said.

“We do not believe our government should fund it and should it advance, we will be there to protest it.”

Austin Taylor, an employee of the Boys and Girls Clubs of Chaffee County and BETCH volunteer addressed the neutral position that BETCH took on the failed ballot measure 6A. While stating that BETCH is in favor of inclusionary housing and related efforts, their issue is with the “selection criteria” as currently defined by the CHA.

BETCH leader “Salty” Riggs summarized their position, saying they had worked hard on the housing ballot measures and that she personally supported 6A. She expressed frustration with efforts for BETCH to align with the CHA Board. Riggs claimed a lack of diversity (no renters) on that board, and a lack of transparency with their committees and general unresponsiveness. “I reached out 16 times between May and September to the CHA board on these issues and offered to help shape 6A [and communicate it to voters] but received no response.”

BETCH Board Member Brandon Becker expressed his opinion that renters and employers are needed on the CHA board. He asked them about serving on the CHA board but was told that there are no open seats currently. Following that inquiry, he was told that the best way to prepare for a board position is to work on committees but Becker claimed [an unnamed source told him] “they don’t do anything and they don’t meet”.

Rounding out citizen comment, resident Marianne Katte asked about large campers and vans parked on city streets, often blocking city alleys in her area. City Administrator Drew Nelson responded that these vehicle types are permitted here. What was left unsaid is that people are routinely living in these vehicles for extended periods and that mobility and access to sidewalks and alleys poses a physical and visual safety challenge to many.

Two Ordinances Pass On Second Hearing After No Public Comment

City Attorney Nina Williams presented Ordinance 2022-19; an effort to streamline the planning commission process for hearing and addressing land use variances. She was followed by Community Development Director Bill Almquist who recapped Ordinance 2022-20 which would rezone certain lots in the River Ridge and Dutch Run subdivision to high-density residential (R-4).

As these ordinances had been through prior readings with the council and the planning commission and no citizens spoke during the public hearing, both measures passed unanimously without further discussion. 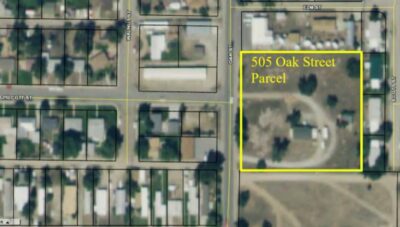 In what might have inspired significant discussion, a first reading of the Major Impact Review for a planned development overlay and subdivision with 44 units at 505 Oak Street, drew little discussion.

Applicants Kent Townsend and John Diesslin attended but did not make a presentation about this project which will be directly adjacent to the new Salida Fire Station.

Addressing the request for an additional seven units of density, council member Alisa Pappenfort said, “it’s just what we need  – density”. The council heard from Senior Planner, Kristi Jefferson that even with this density, there would be some small green space between the units.

Member Justin Critelli supported the diversity of the unit types/facades and the walkability of the project. The development would include six deed-restricted rental apartments plus two for-sale units.  Upon unanimous approval, a second reading and public hearing is now set for Dec. 6.

Planning Technician Franco Palumbo presented Ordinances 2022-22 and 2022-23 regarding the Annexation and Commercial (C-1) Zoning for 1730 Holman (applicants Paula and Rebecca Stringer). Council member Harald Kasper noted that the surrounding properties were all zoned C-1 and that this seemed appropriate for 1730 Holman as well. With no other discussion, both ordinances were approved on first reading with a public hearing set for Dec. 6.

During elected official reports, Council Member Dominique Naccarato noted that it was her first year anniversary on the council and expressed her thanks to staff and council members for their support. She said she served on the CHA as their designated election official and asked for “grace and space” to sort this [CHA’s approach to the housing crisis] out.

Justin Critelli expressed frustration with the challenges of having to work three jobs in Salida and find time for public service. He suggested that higher pay for the council might help.

Mike Pollock said he was “pleased that election misinformation did not carry the day at the state level but was sad that it affected the Salida Bottling housing project”. He said that opponents could have been part of the process. On a wider note, he said that the current challenge is that people are expressing “too much drama”. In his current teaching experience he worries that kids in school are picking up on adult drama and using it as a way to dodge personal responsibility, so nothing gets done.

Treasurer Merrell Bergin reported on sales tax collections for the month of September.

Concluding his report, Bergin said the city Operating Fund revenues through September are tracking above budget, expenses are below budget and fund balances also show a favorable variance.