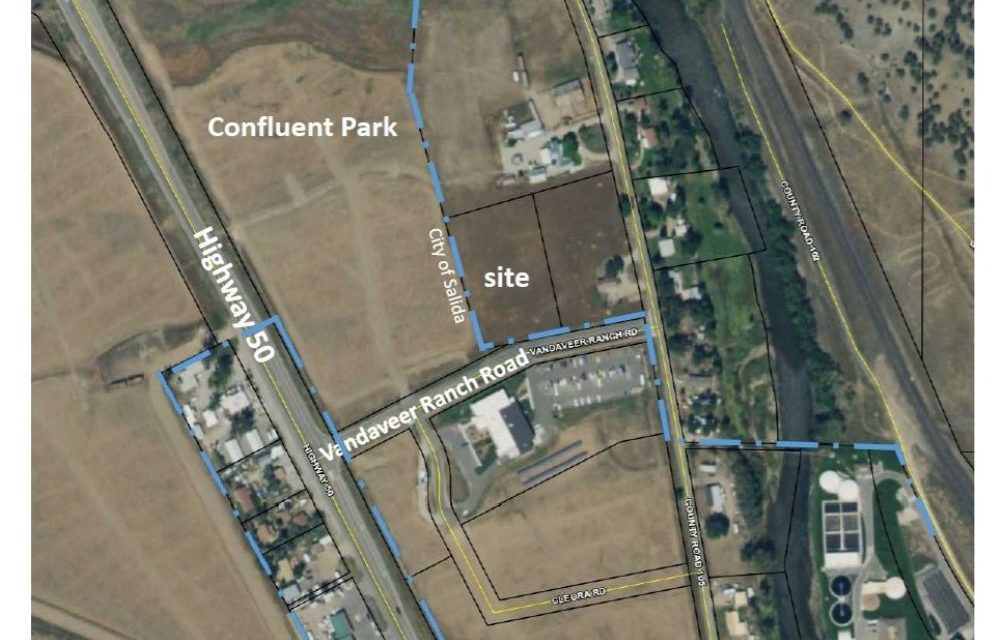 Joe and Paige Judd believe knowing your neighbors is a vital part of the community of Salida. With community in mind, the Judd’s designed a pocket neighborhood layout for their latest housing project at 6906 Vandaveer Ranch. The  Judds sat down with Ark Valley Voice to discuss this new project and the affordable housing projects they have completed in the past.

The pocket neighborhood of their latest project will allow for a 32 rental unit development, with four units adhering to the inclusionary housing mission of the city to maintain an affordable rate. The floor plans for these one- and two-bedroom units will be the same for all the units.

Joe Judd shared their mission. “The first project we did on Illinois was all about this idea that the private market could come in and do this and keep the [units] at a reasonable rate. We can’t do 40 percent AMI* or 50 percent AMI, but we knew we could do 80 percent AMI. It was something we tried not to promise and focus on too much. We just wanted to do it and get it done. This project now is just an extension of [those ideas].” 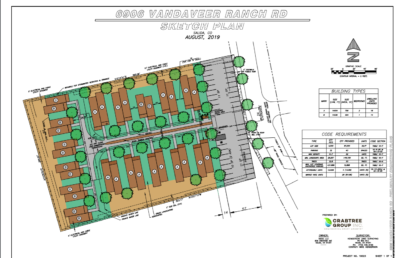 He continued,  “With the 6906 Vandaveer Road Project there are 32 more units. This one is going to be a little bit different and it lines up as a series of duplexes. There’s 14 one-bedrooms and 18 two-bedrooms. Kind of like what we had done at J St, we wanted to make it more of a neighborhood, a walkable neighborhood. With parking out near the street, there is a greater opportunity to get people out of their cars and to walk to their doors and when they do that, there is a better chance they are going to run into their neighbors to say hi, talk about their kids, etc.”

Joe Judd provided insight into building affordable housing projects, “The other two projects we did are 505 Illinois and 1030 J. [The Illinois project] we had built in six months, while J St took about four and a half months. There really is a system to it.”

Paige Judd shared what the timelines have been like for each affordable housing project, “Part of how we shaved so many weeks off in our second project, compared to the first one, was that we had some design elements in the first project that were really complicated in order of operations. Especially when you do everything twenty times.”

“When it comes to building, Paige is sort of the office end of that and I am the field end,” said  Judd, explaining the work that goes into managing the properties. ” We find ourselves really lucky to have people who want to work with us.”

On Sept. 16, the Salida City Council met for a joint work session with the Planning Commission, who provided a conceptual review of 6906 Vandaveer Ranch Road. The conceptual review consisted of annexation, zoning and site plan approvals. In presenting the conceptual plans, Salida City Council showed interest in how this pocket neighborhood will have access to trails, allowing for connectivity with the trails and other neighborhoods for pedestrians.

Following that work session, on Sept. 17, the Salida City Council met for their regular meeting furthering the conversation in declaring the 6906 LLC annexation in substantial compliance with City Ordinances and State Statutes with Resolution 2019-46.

On November 19, council held final public hearings for the project and discussed some unfinished business with regard to the Annexation of 6906 Vandaveer Ranch Road. Multiple items of discussion have been on the agenda for this property, which has now satisfied all of the requirements to begin the project.

*Note: AMI stands for area median income. It is a statistic used by the U.S. Department of Housing and Urban Development (HUD) for purposes of determining the eligibility of applicants for housing programs.