A Climate in Crisis

If it feels as if the world has been besieged with more extreme weather events in the past few decades, climatologists say your instincts are correct.

The world’s climate experts agree: that the earth’s climate is in crisis has become obvious enough that we can no longer ignore the consequences. The combination of carbon dioxide emissions and greenhouse gases is locking us into an extreme climate experiment that does not look to end well. 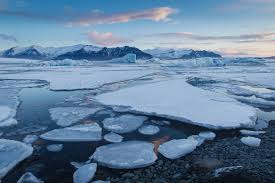 While there are plenty of individuals (and one American political party) who argue that weather has always been variable, what appears to be occurring in the 21st-century is beyond what the earth has ever experienced as long as it has had modern humans. The 20th-century climate “sweet spot” in which we all were born and grew up — a time of adequate moisture, mild temperatures, predictable seasons and weather patterns, traditional animal migrations — is now erratic.

Though there is no shortage of climate-change deniers, the profound impacts of what this will mean to human life over the course of the 21st century have already begun. 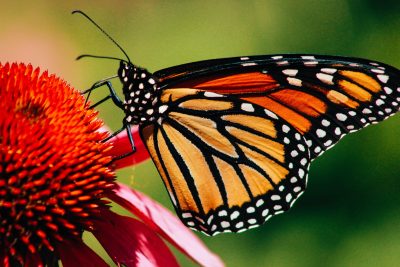 As the poles warm at unprecedented speed, the normal low-pressure areas that keep the extreme winter cold at the poles are slipping; causing wild gyrations, allowing unpredictable jet stream dips into the lower 48 states in odd ways. The recent arctic plunge during February lasted for days, didn’t just shock human residents, but killed thousands of green sea turtles off the coast of Padre Island, that couldn’t adjust to the extreme temperatures.

This series of interactive Propublica maps shows the multiple impacts occurring now across the nation on everything from temperatures to drought, wildfire seasons, migration patterns, and extreme weather.

Consider: this past winter at the end of January, only five percent of the nation’s Great Lakes – the world’s’ largest bodies of freshwater in the world — were frozen. Not only was this unprecedented, but it allows toxic algae blooms to grow and destroy the lakes’ water quality and marine life, but it allowed freshwater evaporation at unprecedented levels.

Only two weeks later, that artic dip plunged into Texas, causing unprecedented below-zero temperatures and disaster for what some say was a criminally-unprepared Texas energy grid. At the same time, the deep freeze caught ships on Lake Superior and Lake Michigan in an ice disaster, as they had been sailing open water to the ports of Duluth and Superior.

A tiny town on the Outer Banks of North Carolina is planning to raise a main road that is already being inundated by the levels of the Atlantic Ocean.

Only last year AVV reported on the hottest month on record and the impacts of slowing and “more-wobbly” jet stream on extreme weather events.

The global average surface temperature has risen at an average rate of 0.15°F per decade since 1901 (see Figure 2), similar to the rate of warming within the contiguous 48 states. 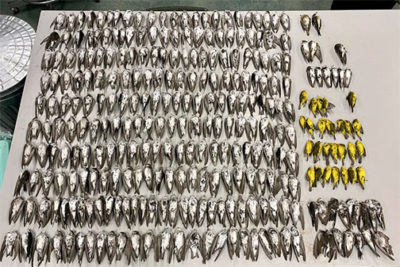 Researchers found hundreds of dead swallows in a small area in New Mexico after the early-September cold snap and snow.

2019 was the second warmest year on record. The 10 warmest years on record have all occurred since 1998, and nine of the 10 have occurred since 2005.  According to the National Oceanic and Atmospheric Administration (NOAA,) the 2020 models projected that global surface temperature will be more than 0.5°C (0.9°F) warmer than the 1986-2005 average, regardless of which carbon dioxide emissions pathway the world follows.

This similarity in temperatures regardless of total emissions is a short-term phenomenon: it reflects the tremendous inertia of Earth’s vast oceans. The high heat capacity of water means that ocean temperature doesn’t react instantly to the increased heat being trapped by greenhouse gases. By 2030, however, NOAA projects that the heating imbalance caused by greenhouse gases begins to overcome the oceans’ thermal inertia, and projected temperature pathways begin to diverge, with unchecked carbon.
Extreme weather is costing billions
The number and cost of extreme weather events is rising. Follow this link to see the number of Billion dollar-plus weather events in the U.S. between 2000 and 2020.
What is the most profound impact of a changing climate on humanity?
Climate change is leading to the emergence of large-scale environmental hazards to human health; such as extreme weather, ozone depletion, increased danger of wildfires, loss of biodiversity, stresses to food-producing systems, and the global spread of infectious diseases. In almost every way it is possible to measure, the changing climate will continue to change how we live, where we live, how we work, where we work, what animals will share this planet with us, whether we have enough to eat, and what our quality of life will be.
Yes, the U.S. has now rejoined the Paris Climate Accord. Climate change experts say that it remains to be seen if this country and its people have the urgency required to address climate change before it is too late.