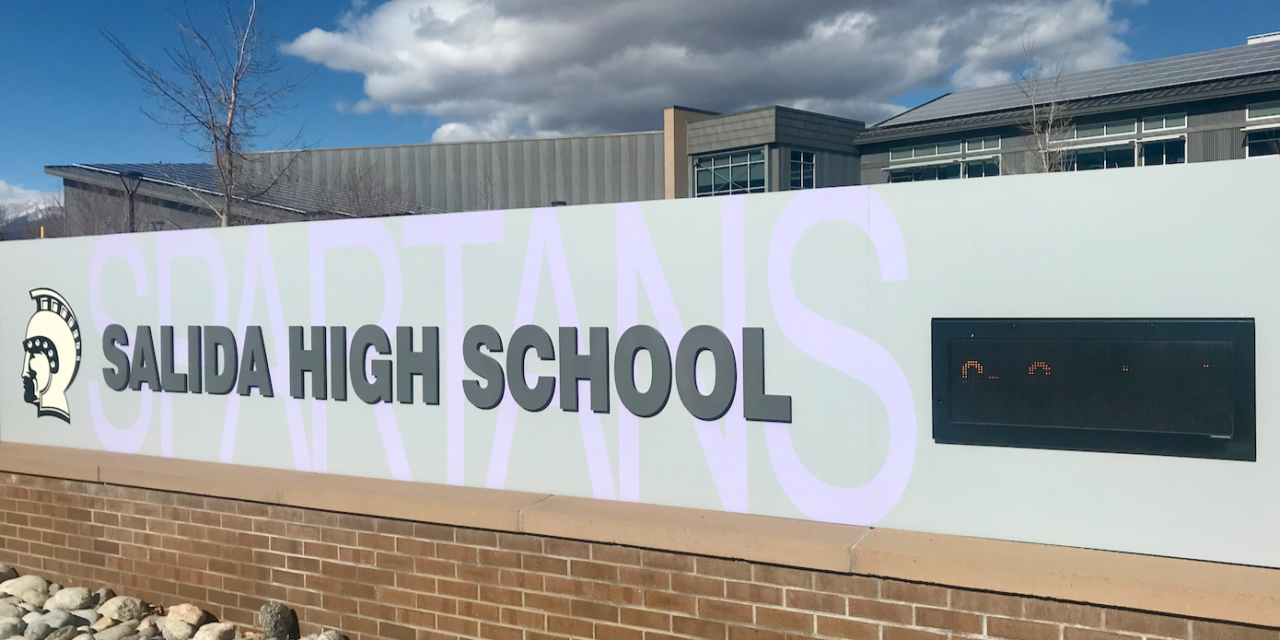 The past year has been a momentous one for school districts and the Salida School District has been no exception. It was staring at a $1.7 million deficit in 2020. COVID-19 led to this breaking point as the state of Colorado was itself facing a $3.3 billion shortfall.

“We were short March 19, 2020. That was the week everything got put on pause. Our teachers were preparing to march on the capitol because the pay was so inadequate to their needs. So if we go back and pretend this year never happened, that’s the point in which we go back to,” explained Superintendent David Blackburn.

The district was able to balance the budget by shorting transfers to future costs and projects, freezing salaries, and using federal COVID-19 relief dollars. This has gotten the district to today. By July 1, 2021 their best guess is they will be $1 million short.

“The district is trying not to be reactive but also not ignore it. We know that things are in flux because of the year of COVID,” said Blackburn.

The district says it plans to tackle half of the deficit now, and in the coming year use federal COVID-19 relief dollars, grants, and cash reserves/rainy day funds to satisfy the rest. This strategy leads to potential changes the district may need to make to save the money needed.

First, says Blackburn, it will look for cost efficiencies, then it will reduce staff through attrition (meaning if someone retires it allows them to shuffle the workload or changes programs, so they don’t have to replace the position). Finally, the district plans to look at program changes. 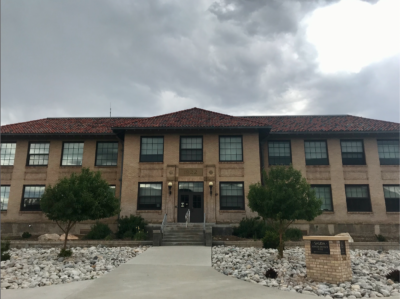 Blackburn explained, “The key question that we’re asking is if we’re going to spend our cash, we want to make sure we’re not doing it to avoid reality but to make the changes necessary.”

Typically, says Blackburn, once efficiencies are looked at, programs and people are cut. The district has decided to open up this conversation publicly and early so they can look for a creative way forward.

“It’s a conversation and we’re exploring it,” said Blackburn. Strategies were placed in front of teachers to explore these possible solutions. One of these strategies is leveraging the district’s relationship with Colorado Mountain College.

“In so doing we would take more core traditional classes: English, science, math, and we would do more concurrent enrollment. What that would allow us to do then is have a teacher who would be teaching half their day for concurrent enrollment with our students. We would then be able to bill CMC for half their salary because they’re working for both teams,” he said.

The concept would allow the district to use a different tax basis to balance the load. This would then create a generic pathway of an Associates’s degree for all graduating students. The district already offers 73 college credits and it takes just 60 credits to get an Associate degree.

“If we can realign some things and make some small changes then we think it’s very possible to attain that. So, we could make the savings necessary for this first year and offer what we think is a better program,” Blackburn explained.

High school sophomores, juniors, and seniors could be working towards their associate’s degree. The district is exploring the vehicle of a freshman academy to make sure students are prepared to move to that next step. This would also allow for more social-emotional learning which benefits both the students and the community.

They hope this change will allow for a focus on “soft skills” while also creating a space that students can further explore their interests for the future. To move on from the academy, there would be a proficiency test implemented.

“If we can answer those questions early and create a culture that is really intentional then we think we can have them ready to pursue an Associate’s degree. I think we already have enough pieces in place with our partnership with CMC to make that happen very quickly.” Blackburn continued “So we’ve now saved money, increased programming, made a more intentional program for our freshman. We think that we’re heading the right direction.”

This would change graduation requirements, so the district is looking at them in a global way. They hope that graduating students are not just proficient in what they’ve learned but have become contributing citizens. This has led the district to grow its social studies curriculum.

“We know that we need to teach the basics that we would all think of, but we want to add a much more robust economics curriculum. This is an equity issue. We believe all kids need to learn how money works, not just simply how to balance their checkbooks. It doesn’t matter what your career path is, to be a citizen you need to understand how money and economies work.”

Blackburn also touched on how for decades as a country we have avoided having hard conversations, on subjects such as racism, sex, and gender. The district wants to teach students civic discourse. “We want to figure out how we bring in both sides, how we teach children to think independently and critically,” he said

The district is also aware that students do better in classes when they are in after-school activates and will continue to promote these programs as well as create more.

“If we’re looking at changes, we want to make sure it’s a global, systemic change,” said Blackburn.

Currently, the district is looking into how many teachers are currently credentialed to teach higher education and has offered a grant for teachers who may be short some of the credentials needed.

Regarding teachers’ feelings on the trajectory moving forward, Blackburn explained “I’d say all reactions have been there. There’s been lots of anxiety. There’s been good questions and there’s been excitement.”

“It is overwhelming. They have fought and kept our head above water and offered in-person instruction, so it is a blow to then also have to consider deficit reductions and deficit strategies. The teachers are exhausted.”

The School board made the declaration of fiscal exigency which is allowable if they are a dollar short or a million dollars short. This is a formal alert to tell the community that there is a problem which then encourages the community to discuss solutions. Since this declaration, the board has been meeting with staff and community members to begin looking at creative ideas and see if there is a new way to solve an old issue.

Currently, February and March are being used to explore staff ideas which will allow for more public presentations around the week of Spring Break.  By April there will be more finished ideas for the community to give feedback on.

“Some community members believe that they should be in the conversation earlier, but I believe that staff has the expertise necessary to let them explore first.” These changes will be implemented in the coming year, but the district realizes that there are changes that need to be made just to get out of the 2020 year of COVID-19.

Blackburn encourages community members to reach out if they have ideas.