The sun came up this morning. We are raised to expect that it will. It rose, it shone, it will move in a predictable path from east to west and set at 5:17 p.m. In between the rising and the setting of the sun, at 12:00 noon EST, Wed. Jan. 20, Joseph Biden will be sworn in as the 46th President of the United States, promising to uphold and defend the Constitution.

He will do it with dignity and honor, as befits the office. Biden, a man of obvious humility, civility, faith and empathy, has made a point that his administration will reach out to unite rather than divide. Would that this will be possible. 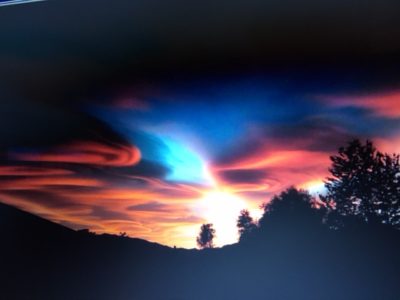 This previously predicatable event has been happening every four years on Jan. 20 for more than 220 years. As the world’s oldest functioning democracy — the “beacon of freedom”, “the shining city on a hill” — most Americans have taken the peaceful transfer of power for granted.

As of two weeks ago, no longer can this literal transfer of power be taken for granted. In fact, many with security expertise now say that we quite literally “dodged a bullet” on Jan. 6.

After years of near hourly assaults on the institutions of our democracy, in a desperate attempt to cling to power, Trump revved up a multi-faceted crowd of his supporters with the same lies; that he won the election and it was stolen from him. (Fact check: he did not win the election, there was no voter fraud, and all 50 states certified their election results). He told them to go to the Capitol and “fight like hell.”

Our local competitor has chosen to feature a benign view of that assault as just a bunch of church ladies and reading clubs, women for Trump and honest Republicans (Dist. #60 Representative Ron Hanks was there and says he was with “some very nice, refined people”.)

In fact, such people were probably there, somewhere, with their tour bus tags and their signs, their walkers and their crazy hats; who believe the lies and followed orders to show up on Jan. 6 .

But so was a witches’ stew of right-wing extremists like the Proud Boys and III Percenters, white supremacists, white nationalists, neo-nazis, Christian nationalists, Qanon conspiracists, patriot groups that formed last summer, as well as radicalized off-duty police officers, retired military and reserve military and disaffected hate groups that live to provoke chaos.  They were tactically organized, prepared for battle; ready to take prisoners and kill our elected leaders.

The term being used by many for those at the head of the mob that smashed into our Capitol building, who hunted through the halls of Congress after our elected officials is “militias” . But Ark Valley Voice won’t use it any longer. That would give them the veneer they so desperately want; legitimacy. No – the term for the mob that attempted the insurrection on our Capitol is — violent domestic extremists. Their authoritarian goal is fascism; no less than the takeover of our democracy.

Repeat. Fascism. Simply put, these people’s goals are the opposite of democracy. They want power and they want control. With deep roots in America, with a test event in Charlottesville, the Capitol assault was not the first, nor sadly it  might not be the last attempt to overturn our democracy. The back of this particular mob action was broken, but it’s there.

As the nation celebrates the inauguration of our 46th president, the alert has been sounded. We take our democracy for granted at our own peril.