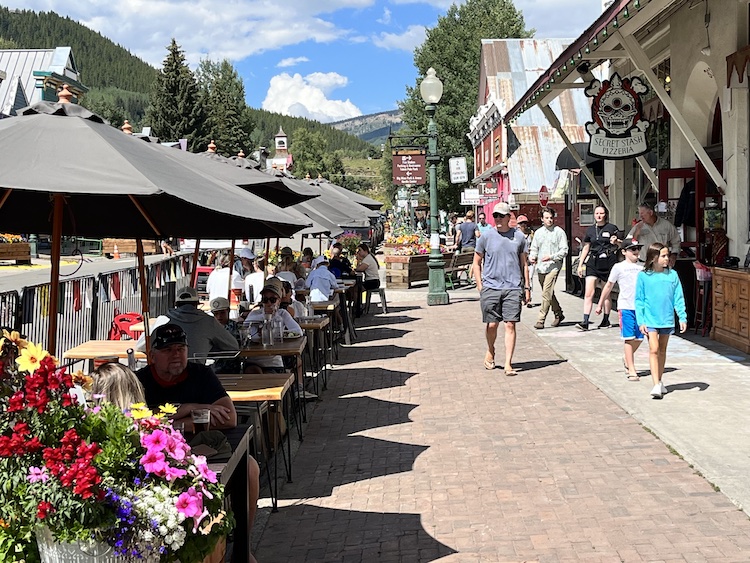 What to make of Crested Butte’s ban of natural gas

Crested Butte, a one-time coal mining town, has now turned its back on natural gas. Town councilors unanimously agreed that any new building erected on the 60 vacant lots cannot be served by gas. Major remodels must be electric-ready.

It’s Colorado’s first natural gas ban, although 80 other jurisdictions around the country have taken similar measures.

“There was a lot of talk at council about it being a bold decision, but I don’t see it that way,” said Crested Butte Mayor Ian Billick. “Not only is it what we need to do, but we have all the tools to do it cost-effectively.”

Billick arrived at Crested Butte several decades ago as a biologist at the nearby Rocky Mountain Biological Laboratory. Many experiments there have focused on the effects of warming temperatures on existing plants. One experiment involving year-round heat lamps specifically foretells a shift from the showy wildflowers of summer to a duller ecosystem dominated by sagebrush.

Temperatures continue to creep higher, but at more than 8,900 feet in elevation, Crested Butte still has chilly winters. The overnight temperature during January averages six below zero. 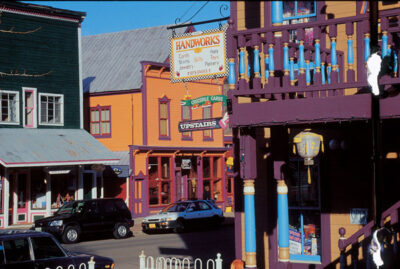 Crested Butte is filled with tiny historic homes and businesses, but the population has been growing.

The takeaway here is that if Crested Butte is comfortable with the replacement technologies for natural gas, most other places in Colorado should be, too. Instead, we’re still tethering tens of thousands of homes and other new buildings each year to natural gas pipelines.

Denver and Boulder have taken steps to push alternatives. Here and there individual action has occurred.

In Westminster, John Avenson in 2017 ordered his natural gas line stubbed after maximizing the passive solar potential of his house.

In Basalt, two affordable housing complexes have been built without natural gas. An all-electric hotel is under construction in Snowmass. North Vista Highlands is slowly taking shape in Pueblo. In Fort Collins, plans have been drawn up for Montava, a 500-unit project.

We have been pivoting slowly, but the transition is accelerating.

Colorado legislators in 2021 passed several laws that collectively seek to squeeze emissions from our buildings. The laws reflect the state’s political makeup. Colorado may be dominated by Democrats, but it’s still a purplish state. In other words, don’t expect a wave of Crested Butte-type mandates such as occurred in California beginning in 2019. Colorado’s approach has been to offer more carrots than wield sticks. We walk on a different balancing beam.

The law identifies several pathways. They can, for example, help customers improve the efficiency of buildings, so buildings need less gas to provide comfort. They can augment their methane obtained by drilling with that diverted from sewage plants, feedlots, and other sources.

The first of their plans will be filed with state regulators in 2023. The bottom line is that the gas companies are selling landlines. They’ll have to adjust their business models.

The Colorado Public Utilities Commission has now set out to create rules for evaluating these clean-heat plans. In filings beginning in December, real estate agents, home builders, and even some municipalities have argued that converting from natural gas will add costs. That was the same message in recent meetings in Montrose and Grand Junction. In this complicated story, their message was simple: Don’t change.

In Pueblo, at a meeting across the highway from the steel mill, more nuance was evident. Laborers International Union representatives worried about how this will impact their livelihoods. Electricians, they should do fine in this shift to beneficial electrification. A local resident had no quarrel with eliminating natural gas but worried about the high cost of electricity in Pueblo.

Reflecting later, Laura Getts explained the complexities of carbon reduction in buildings. She’s the business development manager for San Isabel Electric, a cooperative serving rural areas of Pueblo and two other counties in southern Colorado. They are among the poorest in the state. Converting from propane, even in existing buildings, is an easy sell, because of the cost of propane. Replacing natural gas in existing buildings is a tougher sell because it remains relatively inexpensive.

The economics of all-electric in new buildings are compelling, she says. Even so, San Isabel has struggled to persuade most builders.

Pueblo itself still has a goal of shifting to 100 percent renewables by 2035. The Pueblo Energy Advisory Commission, of which Getts is a member, is struggling to construct that pathway. The challenge, she says is to “reduce carbon emissions and do it rapidly and strategically without leaving people feeling powerless to make their own energy choices.”

In metro Denver’s more affluent northwest suburbs, city officials are also having the same conversation about the balancing beam. Christine Brinker of the Southwest Energy Efficiency Project reports a draft policy would give builders a choice between either all-electric or natural gas with extra energy efficiency.

Unless a way can be found to cost-effectively sequester carbon emissions, natural gas will slowly be phased out in coming decades. Ironically, the arrival of natural gas was one reason that coal mining ended in Crested Butte in 1952 after a seven-decade run.

Best publishes the e-magazine Big Pivots, which chronicles the energy and water transitions in Colorado and beyond. See more at BigPivots.com