This past week has been a busy one in regards to national security, foreign policy and security issues. But rather than chase the emerging information about Ambassador Bolton’s departure as the national security advisor or the president’s consideration of a French plan to bring the Iranians back into the Joint Comprehensive Plan of Action and into compliance with it. I think it is more appropriate to briefly address two important commemorations that occurred this week: the 18th anniversary of the 9-11 attacks and World Suicide Prevention Day. The latter was a week ago last Tuesday and the former was the day after that.

I am honestly not sure what can be said, or even should be said, about the events of 9-11 on its eighteenth anniversary other than to take a moment to think of the victims and their surviving family members and friends who have had to live without them.

Eighteen years later, America and Americans are still not fully recovered from the 9-11 attacks. Our military operations in Afghanistan and Iraq, as well as over 100 other countries, still go on in what has largely become a forever war. And as has happened so often before with America making war, it is not clear if there is a strategy to secure the peace if we were actually to bring these conflicts to an end. The attack caused profound damage to American society.

Collectively as Americans, we developed a sort of societal form of post-traumatic stress disorder that still has not abated. It has had a profound effect on our politics, our economics, our religion and religiosity, and on how we relate to each other as Americans and to the world.

I think it is also essential to pay attention to both domestic and international efforts to combat suicide. According to the World Health Organization, suicide rates are highest in high-income countries like the U.S. America’s overall affluence and economic success does not make us more resilient to suicide, but more susceptible. While I certainly cannot speak for anyone but myself, I do not know anyone who does not know at least one person who has either attempted to commit suicide or did commit suicide. 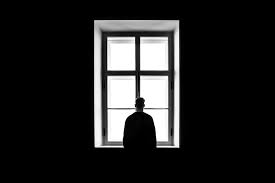 The National Suicide Prevention Lifeline’s website can be found at this link and their 24 hours a day, seven days a week toll-free phone line is 1-800-273-8255. It’s a sign of strength, not weakness to reach out for assistance, so if you or someone you know needs some help, be strong and make the call.