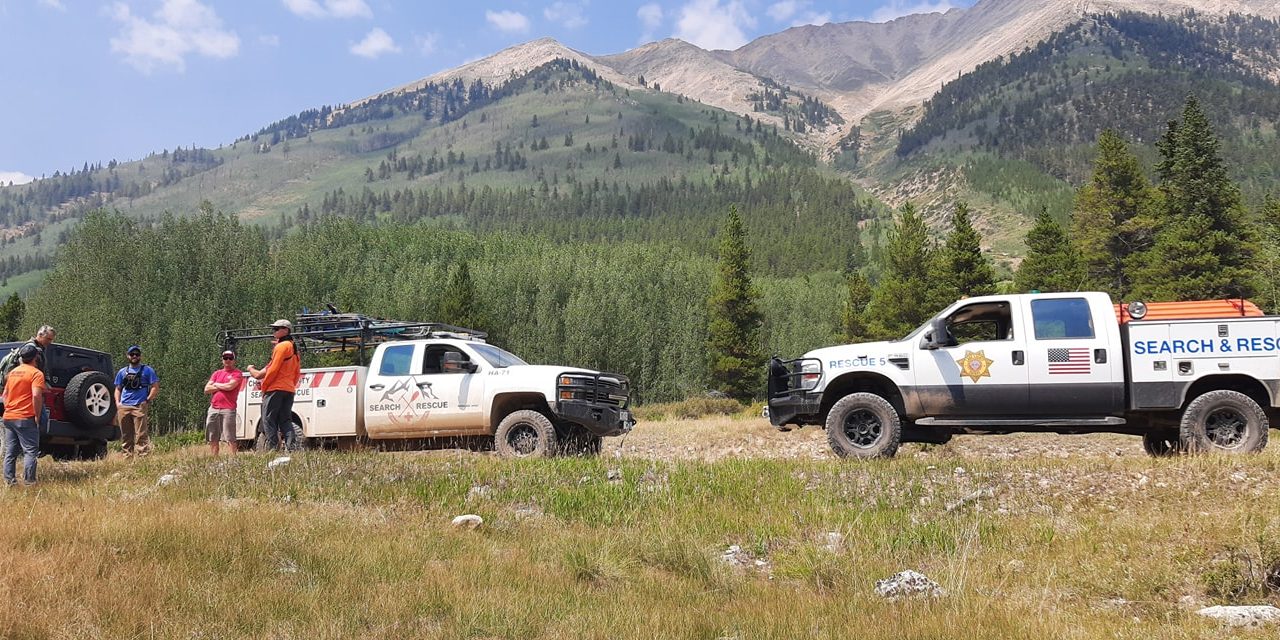 As the COVID-19 pandemic continued and spread during the summer of 2020, more and more people found themselves looking at new options for recreation; heading from the city to the mountains for outdoors fun. However, many of these new hikers found themselves unprepared for the peaks ahead of them.

While the types of calls remained consistent, there was a major spike in the number of search and rescue calls for help. For Lake County Search and Rescue, (SAR) the bulk of their 2020 calls came between May and September when they’d sometimes get two or three calls a week.

“Everyone had cabin fever with shutdowns in the spring, but I don’t think any of us expected it to get that busy,” he explains. “Primarily, it was lack of motivation, lack of preparedness, that sort of thing. So we would hike up to them, feed them, give them some water and motivation and walk them out.”

One of the major contributors Holm sees is the restriction of travel, which has led to more people recreating closer to home. 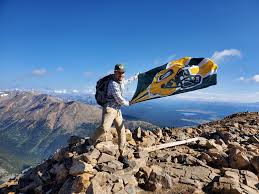 “More Coloradans are going to know about fourteeners, specifically Elbert, the highest one,” he says. “They’re going to be more likely to come up with people from out of state who are just going to throw the dart at the map and say, ‘hey let’s go there.’ People from out of state who plan to come and hike Elbert are going to plan to do it anyway. My numbers are a bit fuzzy as far as where everyone was from, but I feel like a lot of them were kind of from the Midwest, where hiking a peak doesn’t require nearly as much preparedness.”

Holm also feels there’s a big misconception about how to properly prepare for summiting fourteeners. or even just hiking at altitude. They aren’t as prepared for the “sheer size” of local 14ers.

“That was a common thing I heard a lot of, ‘I had no idea it was going to take me this long to hike this peak,’” he says. “Maybe they’re perfectly capable of running 10 or 15 miles at home or doing nice flat hikes that distance. But doing that same distance…starting at 10,000 feet with the lack of acclimatization, that’s a huge factor there. They just aren’t prepared for it mentally.”

After their busy summer, the Lake County Search and Rescue team was prepared for a similar uptick in winter calls. However, the winter season hasn’t been as hectic.

“We were fully prepared for it, especially with the ski areas operating the way they are now with reservations, and the huge uptick in backcountry gear sales that we were seeing,” Holm says. “For our county, that hasn’t materialized yet, but the winter is not over yet, so it could still happen.”

As for the team, the summer didn’t entirely burn them out, but they were tired by the time the season wrapped up.

“I wouldn’t say it contributed to any one member of the team burning out, saying ‘I can’t hack it anymore,’ But I know by the end of the summer…the phone would go off, and we’d look at it like, ‘Again?’” Holm says. “I guess burnout may be a good way to put it, although none of us stopped doing it. It’s just something we’ve all had to work with.”

Still, the team got a lot of experience and found themselves working a lot more smoothly. Often, Holm found himself going out with the same team, while another group responded during the times he was at work.

“We all got a little closer that way. We were definitely able to work more fluidly together by the end of the summer, just having had more calls,” he says. “And we definitely had an unofficial competition going for who could respond to the most calls. We were tired, yes, but I think everybody just learned to deal with that in a way, and the team gelled. I think it was definitely good toward the end of the summer when we were working together so well.”

Having a smaller team also means that they can’t always go out and do the same trailhead education that bigger teams can. Still, they put as much information as they can on their Facebook page and try to keep their website up-to-date with information and public service announcements.

“Chaffee County has done some trailhead education where they have a couple of their members just camp out at one of their more popular trailheads on a Saturday and talk to people as they go out,” said Holm. “So I think more teams are gonna start adopting that when they have the resources to do it.”

The busy year brought new search and rescue team members to the group. According to Becky Young, Secretary for Lake County SAR, the size of the team nearly doubled in 2020.

“We’ll be holding our spring recruitment session next month, and so far our new recruit class is as large as it’s ever been,” she says. “This growth is exciting, and much needed, but also comes with its own challenges, as Leadership has had to rapidly grow every aspect of our organization. We’ve created three new supervisory positions in the past six months, and appointed six unique training group leads to help Command Staff meet the needs of our growing team.”

As for the upcoming spring and summer, Holm is expecting more of the same.

“I can’t say that it’s gonna be as busy as it was this past summer as people disperse across the country rather than just recreating more locally and regionally, but I think that people are starting to realize, ‘Hey, we don’t have to go across the country or go do some big trip. We can go hike. We can go do something more locally,’” said Holm. “What I’m hoping is that people are going to heed the advice. There are all of us outdoor types who have been saying this for several years now, ‘Be more prepared; do more research.’ Hopefully, that will filter down to these people.”

“We don’t have the extreme terrain that some counties do,” he says. “We don’t have some of the super long extractions, long trails that some other people have to deal with. So I’m kind of expecting more of the same just people coming up to check out Mount Elbert and, to a lesser extent, Mount Massive and some of our bigger peaks and we’ll be ready for that.”

Overall, Holm emphasizes the importance of proper and thorough preparations. While many of the local hikes and peaks may not be considered super technical, they’ll still be challenging.

“Do as much research as you can on just hiking in the high mountains in general, and more specifically research the route,” he advises. “Talk to people if you can, get on an online hiking forum, look some things up. Get more information than just saying, ‘Hey I’m gonna go hike that peak, throwing a half-liter water bottle in your tiny daypack, and setting out.”