Amendment B repeal of the Gallagher Amendment, passes with Chaffee and Colorado voters 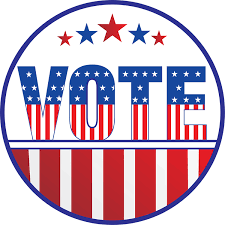 The amendment finally repeals a portion of the Colorado Constitution that sets a fixed statewide ratio for residential and non-residential property tax revenue. Amendment B freezes property tax rates exactly as they are now – for both homeowners and businesses.

The fixed fund rates have meant a continuous adjustment year after year to keep the proportion of property tax artificially lower on Colorado residences, at the percentage it was the year it passed; 1983. While that might have worked fine in 1983, by 1999, the assessment rates began to be held down artificially, meaning the difference had to be made up by tax assessments on businesses. The decades-old amendment has been a gift to homeowners in the wealthier communities of Colorado while punishing small businesses; which are the majority of rural businesses.

Next year in particular, with the ravages of the COVID-19 pandemic continuing to wreak both health and economic havoc, is a critical budget year for Colorado. State budgeting will still be difficult next year. But if Amendment B had not passed, it would have meant even more draconian cuts to budgets for these critical community services.

The amendment does not increase property taxes.