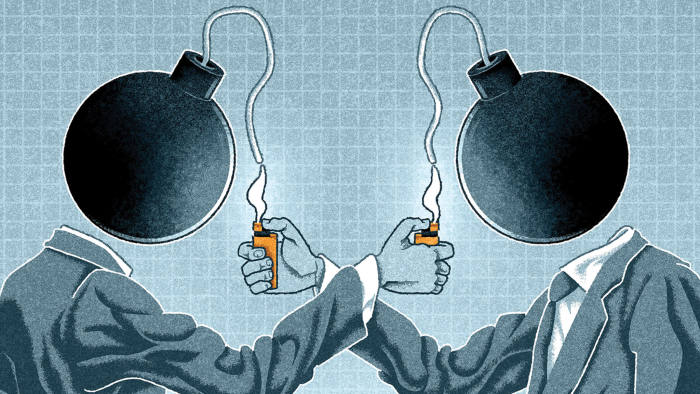 The headlong growth of private gun ownership in this country has reached a fever pitch.

“Do you have a spare gun I could borrow?” My father nonchalantly asked me when he was visiting last week. Though he is a decorated Vietnam combat veteran who clearly knows about guns, my father is decidedly “not a gun guy” as he puts it. 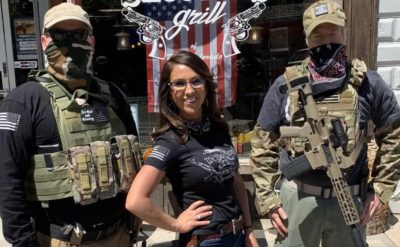 Other than helping me purchase a .22 caliber single-shot rifle when I was 14 years old, I do not remember my father owning a gun or even handling very many of them. Needless to say, his request came as a shock to me.

Then, just a couple of days ago, knowing I had spent most of my adult life behind a gun, another family member asked me; “Do you think you could help me get out the shotgun and show me [how to use it]?” She is a self-described, “liberal” and not a “gun person”. This encounter was much closer to home and the question was equally as shocking.

Both she and my father explained that they live in rural areas and are concerned about recent events involving right-wing militias and other gun-toting extremists. Even more perplexing is the fact that both have lived in the same area for years without any problems.

Now they want guns for protection? What changed?

A Uniquely American Arms Race and Militarization of Law Enforcement

As I mulled over these sobering interactions with my close family, I realized that America has been engaged in an arms race without most of us realizing it. What’s more, both this decorated combat veteran’s and a “liberal’s” simple request represented a critical new phase in a uniquely American arms race. 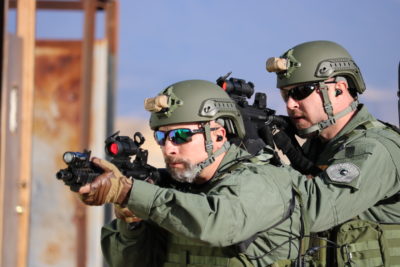 I could not help but see some striking similarities between our homegrown arms race and the now, nearly forgotten Cold War-era nuclear arms race. The Cold War arms race saw both the United States and the former Soviet Union engage in an unthinkable race to build more nuclear weapons than the other.

Similarly, but not as potentially devastating for the rest of the world, Americans have been amassing stockpiles of guns and ammunition for about the same amount of time. According to the Switzerland based Small Arms Survey (SAS), Americans now own nearly half (46%) of the 857 million civilian-owned firearms in the world. This means there are more guns than people in this country.

The next closest country to the United State’s  393 million civilian-owned guns is India; at 71.1 million. But their population is nearly double the U.S. SAS reports that in 2018, overall, gun ownership is up 32 percent compared to just ten years ago.

In response to this massive stockpile of civilian-owned guns, American law enforcement has attempted to keep pace. Ark Valley Voice has previously reported that law enforcement has also expanded its complement of arms and armament. This includes making assault rifles standard issue for most street officers and even procuring surplus military equipment to help keep some advantage over the potentially heavily armed citizens and militia groups. 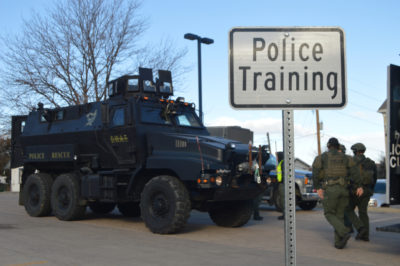 On top of that, just as in the Cold War, technology has been a significant factor in the current arms race. As the Cold War arms race reached its zenith, both countries built ever more destructive and better targeted ballistic missiles. Similarly, the past decade has seen dramatic technological advancement in guns, armor, and ammunition.

Those advancements have not only increased the lethality but also the effectiveness of all those things. Ark Valley Voice previously reported on some of these technological advancements, particularly among assault rifles and ammunition.

In the end, however, most leaders and scientists during the Cold War came to a logical and foreboding conclusion. Their view; it did not matter which side had more weapons or which side could target them better. If these weapons were ever used on a large scale, both sides would be obliterated. As a result, President John F. Kennedy’s Secretary of Defense Robert Macnamara helped develop the military doctrine and phrase “Mutually Assured Destruction” or simply MAD.

Now, as 2020 grinds on, and more and more “non-gun’” people want to “borrow” or purchase guns just to feel safe, it appears some are concluding that our domestic mutually assured destruction may be rapidly approaching. The Cold War leaders came to realize that more weapons did not assure sovereign safety. At some point, could perhaps the domestic situation in which we find ourselves wake us to the same reality?