Only a few weeks ago, the Chaffee Republicans (GOP) adjusted its leadership, installing Alan Seeling as the new county chair. While it was the third set of leaders this year, those changes have come after several years of stable leadership, which might indicate changes in the works.

This past week, Ark Valley Voice had a conversation with Seeling regarding his vision for the Chaffee GOP. 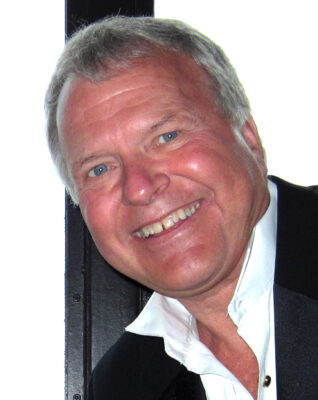 Alan Seeling has been named the new chair of the Chaffee GOP. Courtesy photo

Seeling first stressed his belief that good communication can clear up many misunderstandings. “Communications is everything, especially these days. Everyone has their own idea of what is going on, and of course, often times it’s all hearsay. If you don’t communicate you’re not getting the straight info.”

While he says he’s generally been non-political, last year he said: “for a time” he got involved in the Chaffee Patriot movement He assured AVV that he has since quit his leadership role in that organization to focus on the Chaffee GOP. “I don’t get a lot that is going on in politics, but I’d like to see all of us working together as a goal.”

He pointed out that the previous Chaffee GOP leaders were busy with careers and businesses, and that he decided he had the time to devote to the effort, plus he knows one of the former Chaffee GOP leaders Dennis Heap quite well, so the transition could be smooth.

“I want to get everybody I know as involved as I can in the human and social projects here, the women’s march, the habitat for humanity – we have a lot of groups in this county- let’s get under one tent and get things done. This is people doing what’s best for the whole group, if that’s political, fine, it’s what we’ve got to do for the valley as a whole.”

He chuckled, adding “now suddenly ….I’m in the GOP, there is election integrity and I tell you, I’ve gotten to appreciate Lori Mitchell down at the county clerk’s office.” [Seeling was quoted in social media as rejecting any notion of election impropriety in the Chaffee County Clerk’s office, while other GOP members, with no evidence, have attacked her.}

He expressed some doubt over news media coverage, but clarified that his concern is with national news organizations “They have huge investments … it’s the small media that is great.”

Seeling, explains that he is a geologist, anthropologist, and an environmental scientist by training. By his own description, has had a varied career. He moved to the valley in 1988, “because I was starting to travel a lot, and the family needed a place to call home.”

Speaking of the changes he has seen in Chaffee County, Seeling says, “Things have definitely changed -the last 6 years have been a sea-change. It’s important that these people who lived here a long time understand how things are changing, and  that more changes are coming, no doubt about it, as an anthropologist, you could see that no matter what happens, change is going to keep coming.”

From his current home’s vantage point next to The Meadows in Buena Vista, he points out that he and his family have been involved in each of the major events that have been held there. “My son’s been friends with Jed [Selby]since before this began. We’ve known each other, I’ve talked about it…. and we pretty much see eye to eye.” He added that while he knew many with objections to the way in which the meadow is used for events when it’s not being farmed, he says he understands the business end of it. “[Jed] represents a section of the valley, that is the change. I suspect it’s the same demographic that we need to understand.”

Asked what he wants to accomplish, he says “As a scientist, especially as a geologist, time passes so slowly, the next ice age is just around the corner — I’ve been complaining about how the political machines operate, in my view, almost independently from what the constituents actually want…. and in my view that’s not a good way to run things.

When questioned about his agenda for the Chaffee GOP, Seeling was vague, saying that he’s working on it. Contacted again in the past few days, Seeling said he still isn’t ready to reveal a GOP agenda, but will be in touch once he has one.