Ark Valley Voice has stated publicly that it does not intend to endorse candidates running for office. We will, however, endorse ballot issues that could shape the quality of life in Chaffee County. 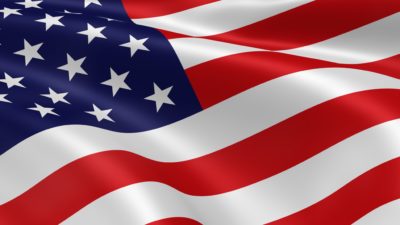 We make this distinction for this reason: If we have done our job – covered the candidates and presented where they stand on the issues – then our belief is that Ark Valley Voice readers are smart people. You can make up your own minds about who best represents your values. When it comes to the amendments and ballot questions, many of which AVV has covered in pro-con articles, we want you to know what we support.

This is where we stand and why:

AVV supports 1A. We weighed this ballot question and believe that it weaves together the very elements that have kept longtime residents here and drawn new residents of all ages to live, work and play in this place. The majestic peaks and public lands, the sweep of the Arkansas River Valley through an open valley floor, the plenteous recreational opportunities, the working ranches and rural character and real communities together fulfill the promise posted at the entrances to our county: “Now THIS is Colorado.”

That which we value, we should be willing to finance. It constitutes a small amount per person per year, much of it borne by visitors, with a huge return. If we fail to invest in this special place, we will risk catastrophic wildfire destruction, the loss of open spaces and working ranch land, and deterioration of our recreational treasures. Once this is gone, we cannot get it back.

AVV supports 1B – Like residents and businesses across the county, we have experienced the impacts of far-reaching and extended outages. This county cannot compete economically without access to high-speed internet, telecommunications and cable service. The county needs to be empowered to seek out and negotiate technology solutions.

In July, AVV invited Colorado Department of Transportation Executive Director Michael Lewis to the county. He walked through Propositions 110 and 109; both are aimed at transportation, but there the similarity ends. Prop 109 contains no funding mechanism, meaning that to meet its funding directive the funds could be stripped from health care and education budget areas. The 110 mechanism would provide a 0.62-percent transportation sales tax funding mechanism. It would split revenue raised among state, county and municipal oversight, providing 45 percent to CDOT for state highways, 20 percent for city and town streets, 20 percent for county roads and 15 percent for multi-modal transit projects like bike lanes, trails and mass transit.

If Proposition 110 does not pass, AVV has learned the nine-county metro-Denver area is already planning to create its own transportation funding bill, which has a high likelihood of passing next year. That revenue will stay in the city.

AVV supports Amendment 73. This amendment to the Colorado constitution and Colorado statutes would increase education funding, including fully funding preschool, and early childhood through 12th-grade education.

During the great recession, Colorado cut funding for public education and has not yet returned to levels of funding prior to 2008. Just since the 2010-11 budget year, the state has stripped $7.2 billion in funding for education from the state budget. As a result, school districts have had to make difficult choices such as freezing teachers’ salaries, increasing class sizes, reducing curriculum choices and limiting mental health and counseling services although the need for those services is growing.

To be transparent, my family has a lot of teachers, including two here in Colorado. My family has a 373-year history of voting to support public education. My 11th great-grandfather Deacon Thomas Borne served on Plymouth Colony Council and in 1645 voted “aye” to a colony tax to fund one of the first public grammar schools in America. Funding public schools funds the future.

AVV supports both amendments, which would remove politics from the redistricting process. The amendments have rare, bipartisan support from both major parties. If passed, the new process would assign the task of redrawing district boundaries for both the Colorado House and the Senate, which must be done once every 10 years following the United States census, to an independent, appointed commission.

AVV supports this effort, one of many across the state that counteracts the effects of a property tax formula that continually diminishes property tax revenue directed to fire districts, causing a continued revenue decline. In a county ringed by public lands, with forests beset by beetle kill and drought, fire protection and readiness are paramount.