This year as the state nears the June 30 primary, it is worth pointing out that the state’s contribution rules have changed for the 2020 election. In general individual donation limits have been lowered, meaning that 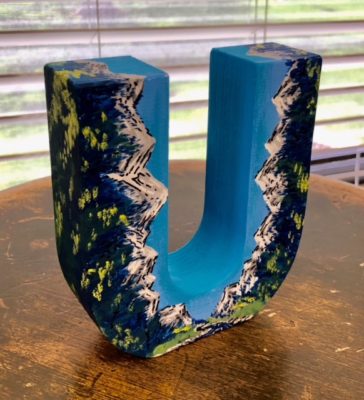 Unaffiliated voters could vote in primary elections for the first time in 2018. Their participation can play a major role in the 2020 primary election.  Image courtesy of Chaffee County Clerk & Recorders Office..

there is less chance that a local election can be swayed by a single, large donor.

According to Ballotpedia, Colorado campaign finance requirements govern the following:

In addition to direct campaign contributions, campaign finance laws also apply to third-party organizations and nonprofit organizations that set out to influence elections in two ways:

The Colorado Secretary of State’s Office set’s forth contribution limits for every elected office in the state.

The following contribution limits are in place for county-level campaign donations: 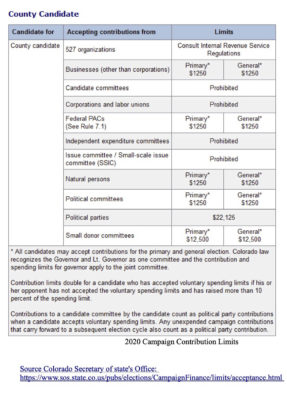 As candidates move through the primaries and ballot questions and ballots are finalized for the Nov. election, campaign finance reporting rules must be followed according to election cycles.

After a general election in which a candidate committee received contributions, the candidate committee must maintain all financial records for 180 days. While most campaign finance rules focus on statewide office, it can be important for voters to look at donations for local level and county candidates.

For those who may be interested, this 153-page document from the Colorado Secretary of State’s office, provides more detail than you may ever want to know about how to make sure that a campaign committee operates within the state’s rules for campaign finances.

Those with campaign donation complaints can contact the Campaign Complaints and Enforcement Division: 303-894-2200 Ext. 6338

Elections aren’t just about candidates they are also about issues. This document provides information on how to get in touch with your elected officials to ask questions, clarify issues, and see where the candidates stand on issues affecting your life.