As Jury Passes 10 Hours of Deliberation on the Scott sexual Assault Case, the Question Becomes — Is this a Hung Jury?

Editor update: Just after 4:00 p.m. today, a mistrial was declared due to a deadlocked jury. Full details will follow from AVV  in the morning.

On Thursday, afternoon, Sept. 1, the jury in the People of Colorado versus HL Scott Sexual Assault trial still has not reached a verdict.

“They’re closing in on 10 hours of deliberation,” noted Judge Patrick Murphy, in a 1:00 p.m. conference with the defense and prosecuting attorneys. “The jury might be unable to decide.” 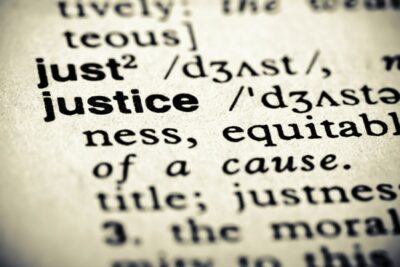 In discussion, the Judge and the attorneys discussed whether to direct the jury with what is called a “Modified Allen Rule” – which adds additional direction to encourage jurors to set aside any bias, attempt to work together to do their duty, and come to a verdict.

Defense Attorney Ernie Márquez said he would be more likely to recommend something else, but Murphy overruled that saying, “I disagree. This is not a complex issue – at its base it’s ‘he said-she said’. If they are telling me that progress here is not going to happen, then a mistrial is the result.”

The jury was called in at 1:08 p.m. for consultation. “[Jury supervisor] has told me the jury is deadlocked,” said the Judge. “Don’t tell me the vote or the issues you are stuck on, but my first question is are you deadlocked on count number one, the one you have to answer first, or the second interrogatory count?

Jury foreman Gyman answered “We are deadlocked on count #1.”

The judge laid out three scenarios, saying he had to determine if there is a likelihood of any progress if they continued to deliberate, if they were unlikely to come to a verdict if they continued, or if it appears impossible for them to reach a unanimous decision.

The jury foreman answered “unlikely,” after glancing around among his fellow jurors.

“Your deliberations have been lengthy. Your duty as jurors is to consult with one another and deliberate with a view of reaching a verdict,” explained Murphy, instructing the jury. “If you can do so without violence to individual judgement, each decides the case for yourself, but only after impartial consideration with your fellow jurors … remove your bias, but don’t surrender your honest convictions to please others or just to reach a verdict. You are not advocates. You are judges of the facts.”

The jury left the courtroom to continue its deliberation.