A barn owned by Chuck Huggs of Buena Vista burned to the ground last Sunday evening, Aug. 18. The barn, built in 2015, was only 30 feet or so from Huggs’ residence at 27410 CR 319, and connected to it with a horse corral. It is considered a total loss.

“I’m just thankful to be alive,” said Huggs. “I didn’t hear a thing until the Sheriff’s Dept. were banging on my door around 3 a.m. and woke me up.” 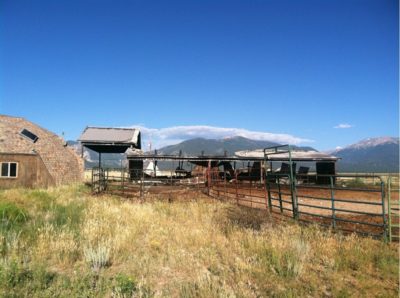 A barn owned by Chuck Huggs of Buena Vista caught on fire during the night on Aug. 18, The structure is considered a total loss., Courtesy photo.

Huggs said his three horses were in a corral located adjacent to the house and connecting to the barn. The Sheriff’s Dept. had spotted the flames of the fire while on patrol, and let the horses out of the corral before pounding on Huggs’ door to wake him up.

“Two of the horses are OK, but one had gotten tangled up in barbed wire,” said Huggs.

Huggs said he’d only moved some hay into the barn in July. He owns Acquired Taste Rafting Company, and said he had just put all his rafting equipment in the barn because he had only recently finished for the season.

“I’d stored several rafts and the equipment to go with them and they burned. It’s a total loss,” said Huggs, who confirmed he had insurance on the barn, but not for storing the rafting company equipment.

Huggs started the rafting company with his late wife in 1986, and has run the rafting company since. He was under contract to sell Acquired Taste Rafting Company, and has worked side by side this past summer with the new owner to teach him the whitewater rafting business.

“A lot of the rafting equipment was to go with the sale, so I’ll take a financial hit.”

In addition to the rafting equipment, Huggs said he also had at least four rafting company vans parked in and around the barn, as well as the transport trailers. 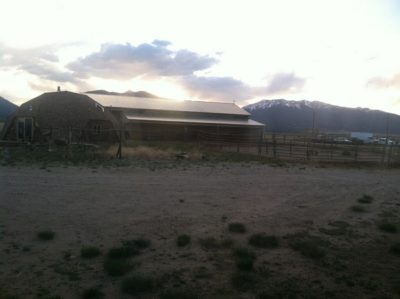 He said he had a fire investigator come out and it was confirmed that the fire was the result of spontaneous combustion. He added that as far as he knew, the barn contained “only very dry hay, personal items and the rafting equipment. But the guy said that wet hay can cause a fire of this type.”

Much of the rafting equipment that was lost was part of the purchase contract.

“Basically we had an agreement that they would buy the rafting company, and as part of that would buy the equipment that goes with it – they were buying my 10 best boats. But they burned up in the fire, including another nine of my boats.They were buying four of my vans, and one of my best vans burned up in the fire, and so did one of my three trailers. So all that stuff has to be deducted from the purchase price.”

Huggs does plan to rebuild the barn, but acknowledges that it is going to cost more. “It was just built in 2015, but unfortunately costs have gone way up since then. I just got an estimate from the company that built it and it’s going to cost another $30,000 more to rebuild.”

Hugg’s use of the term ‘stuff’, in talking about the items lost and his overall attitude reflects a grateful attitude.

“All that is just that – stuff. Yes I’ll take a hit, but my feeling is I’m lucky to be alive. I’m lucky my horses survived. The rest of the stuff is just money – I couldn’t recover from this if I was dead.”