Adam Beh has joined the Central Colorado Conservancy as its new executive director, bringing more than 20 years of experience in conservation and rural development to the position. He started the job in late October, relocating from northern Colorado, where he served as the chief conservation officer for the Bird Conservancy of the Rockies. 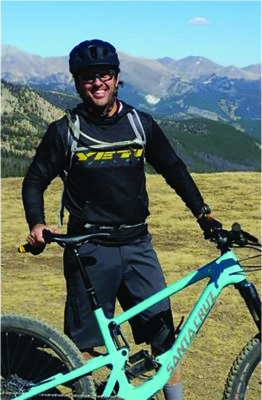 Adam Beh has been named the new executive director of the Central Colorado Conservancy. (Courtesy photo)

Beh, an active outdoorsman, received his Ph.D. in Human Dimensions of Natural Resources from Colorado State University in 2010. He says he is always interested in exploring the social dynamics that influence success in landscape-level conservation. With a focus on applied science, land stewardship and community education, he led the Bird Conservancy of the Rockies land stewardship investments in the Intermountain West, including public-private partnerships among federal, state and nonprofit groups.

“I wanted to stay focused on true community-based conservation efforts,” said Beh, adding that he is excited at the prospect of exporting the community-driven model to other places. “Not every organization out there has a rural way of life component as a driver.” He points to the Conservancy’s Hands for Lands volunteer program as an excellent example of reaching out to the rural community and supplying help with labor-intensive tasks such as spring ditch clearing.

He notes that the Conservancy recently began the important Forever Chaffee project. It includes conservation easements of nearly 2,000 total acres for the Centerville Ranch, the Tri Lazy Ranch property (which connects the Centerville land east to Brown’s Canyon National Monument), and the Arrowpoint Cattle Company, which lies north of the Tri Lazy W.

Beh plans to continue to grow the Conservancy’s existing programs, including restoration of the Sands Lake Wildlife Area. The project serves to restore Sands Lake to enhance the site for both wildlife and citizens of Colorado, using Natural Resource Damages settlement money from the California Gulch Mining Site. The project collaborates with Colorado Parks and Wildlife and Southwest Conservation Corps, with volunteer help from Hands for Lands.

Based on his work with birds, Beh emphasizes the importance of habitat links across the landscape. “Birds need those spaces – from Canada to Mexico. It makes you think differently.” He sees Central Colorado Conservancy as “a different type of land trust” that brings multiple resources to a property to enhance habitat, water quality and other factors that support the long-term health and beauty of the space.

He can be reached at adam@centralcoloradoconservancy.org.