With the draft environmental assessment findings in and showing no significant environmental impact at Peterson Space Force Base related to the new U.S. Space Command, both Colorado U.S. Senators are encouraging Coloradans to submit public comments to the U.S. Air Force on the proposed move of the U.S. Space Command headquarters (HQ) from Colorado Springs to Huntsville, Alabama. 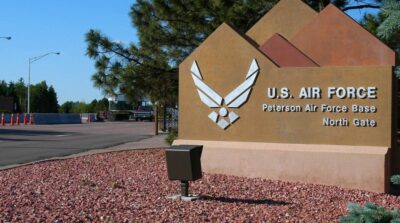 The comment period is open now through August 12, 2022 as part of the U.S. Air Force’s National Environmental Policy Act (NEPA) review of the environmental impact of the Space Command HQ at all six candidate sites.

“Colorado is the rightful home for U.S Space Command, especially given Peterson’s unique ability to reach Full Operational Capability faster than other candidate bases. I will continue to work with  Coloradans to express ongoing concerns about the Trump Administration’s flawed decision,” said U.S. Senator Michael Bennet.

“As we have said all along, the basing process was untested, lacked transparency, and neglected critical national security and cost considerations,” said U.S. Senator John Hickenlooper. “We need to use every opportunity to urge President Biden to reconsider Trump’s disastrous decision and ensure U.S. Space Command can reach full operational capability as quickly as possible.”

NEPA is one of the last procedural steps before the administration makes its final basing decision. The draft Environmental Assessment issued a Finding of No Significant Impact at each location under consideration, including at Peterson Space Force Base in Colorado Springs.

Additionally, the draft review mixes up the potential weather threats in Huntsville, Alabama and Colorado Springs, Colorado. It inaccurately states that tornadoes are a “high” threat at Peterson SFB, when in fact, they are a low threat here and as recent years have visually demonstrated, a high threat in Alabama.

Coloradans can submit a comment by email to afcec.czn.workflow@us.af.mil or via mail to AFIMSC Public Affairs, 2261 Hughes Avenue, JBSA-Lackland, Texas 78236.