Colorado U.S. Senator Michael Bennet announced yesterday that Neil Kornze has been appointed as his new Chief of Staff. Kornze is not only a native of the West, but he has deep Colorado roots.

Kornze served as the Director of the Bureau of Land Management (BLM) during the Obama Administration and is the youngest person ever confirmed for that position. Prior to that, Kornze served as a Senior Policy Advisor to the late U.S. Senate Majority Leader Harry Reid, where he was an architect of the Omnibus Public Land Management Act of 2009. 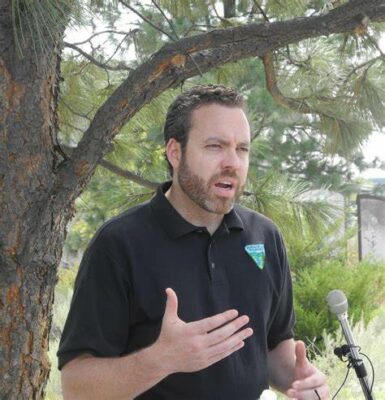 “Neil’s passion for Colorado and the American West and his wealth of experience in both the U.S. Senate and the federal government will make him a great asset to our office. We’re grateful to have Neil join our team as I begin my third term,” said Bennet.

“As a native Westerner with deep family roots in Colorado, I’m thrilled to take on the role of Chief of Staff in Senator Bennet’s office,” said Kornze. “Senator Bennet is a true champion for working families, Colorado’s public lands and waters, and economic opportunity. I look forward to working with him to continue to deliver for all Coloradans.”

Kornze is known as a qualified contributor: he was confirmed as Director of the BLM with an overwhelmingly bipartisan vote.

Under his leadership at the BLM, the agency protected iconic American landscapes, including establishing the Browns Canyon National Monument in Chaffee County, Colorado and the Bears Ears National Monument in southeastern Utah. He has extensive experience in energy, ranging from resolving long-standing conflicts on the Roan Plateau to authorizing the largest wind and solar energy projects in North America.

Kornze’s family arrived in Denver in the late 1800s and have been active in notable Colorado institutions like the Denver Post, the Denver Mint, and the Colorado School of Mines.