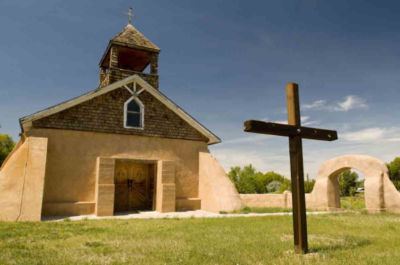 “Visitors come to Colorado’s National Heritage Areas to learn about the rich and diverse history of our state,” said Bennet. “Our legislation will preserve the history and culture of the Coloradans who came before us and ensure future generations can visit these areas and learn from the past.”

While state residents have known of and valued Colorado’s three National Heritage Areas (NHAs), they were only first authorized in 2009 following years of grassroots organizing from stakeholders in their respective regions.

NHAs leverage federal NPS funds for historic and cultural preservation projects with the support of counties, tourism, and historic preservation organizations. Colorado’s three National Heritage Areas have all completed notable projects since they were authorized in 2009. At the South Park NHA, NPS funds have helped to restore the endangered Paris Mill near Alma. Within the Sangre de Cristo NHA, funds have helped to share the story of the first desegregation case in the nation, Mestas v. Shone. At the Cache La Poudre NHA, they leveraged NPS funds to develop a water education curriculum at the Poudre River that can be accessed across the West.

The bill text is available HERE.

“National Heritage Areas offer the beautiful opportunity for Colorado communities to preserve the heritage, culture and landscapes of the spaces we live in and love. Colorado’s National Heritage Areas celebrate our authentic Colorado character and nurture grassroots stewardship of the places that define who we are,” said Dawn DiPrince, Executive Director and State Historic Preservation Officer, History Colorado. 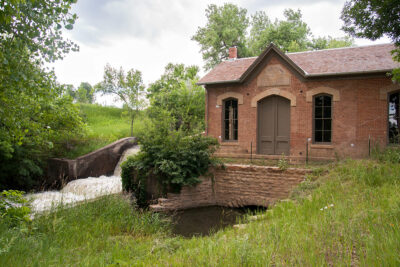 “Colorado’s national heritage areas are a gift to our living history, culture, and the future of our local communities. When these nationally-significant landscapes are preserved and enhanced with Congressional investment, we all benefit. In order to continue their work, our heritage areas depend on a modest amount of federal funding, matched locally dollar-for-dollar with non-federal sources in what is one of the National Park Service’s most cost-effective programs,” said National Parks Conservation Association Colorado Senior Program Manager Tracy Coppola.

“The stories that our national heritage areas protect help us understand a fuller narrative of America: from the nation’s earliest victory in the war against Hispano educational segregation to the Poudre River’s instrumental role in establishing Western water law, to the daily lives of miners and ranchers along the Western Frontier, among many more,” she added. “Absent Congressional investment, our heritage areas could suffer a reduction of staff and services to local communities and even permanent suspension of their operations.”

“The Sangre de Cristo National Heritage Area occupies a unique place in the San Luis Valley as the connective tissue that binds citizen efforts to preserve the rich culture of the region. Quite literally “the place where Colorado began,” the valley presents an interesting vantage for appreciating the emergence of the modern Southwest at the intersection of diverse histories,” said Adams State University Professor of History and Former Board President Dr. Nick Saenz..

“As a fourth generation native of San Luis, in the heart of the Sangre De Cristo National Heritage Area, I can say that I am honored to be a part of such an incredible organization.  I have learned so much about my own Hispano and Indigenous heritage from the educational vignettes that the SDCNHA has created, as well as the histories of the Dutch, Amish, German, Japanese and Anglo settlers of this great region,” said Jason Medina, Director of the Small Business Development Center, and a Costilla County NHA Board Member.

“The Sangre de Cristo National Heritage Area truly exemplifies what I value in our community, that rich sense of pride and of being in and from such a special place on this earth.  To be the facilitator, educator, protector and focal point of such a variety of important valuable human resources is a mission the Heritage Area has served well and will continue to serve,” said Colorado State Senator and General Manager, Rio Grande Water Conservation District Cleave Simpson. “As a native Coloradan from the Valley, farmer and rancher, husband, father and grandfather, water manager and citizen legislator it’s so important to me that we continue in perpetuity this preservation effort as the internal and external pressures continue to grow that risk fundamentally changing our way of life in the San Luis Valley.”

“The South Park National Heritage Area (SPNHA) has had a beneficial impact on our community, economy and quality of life.  Park County local ranchers, property owners, and preservationists have worked together to preserve our iconic landscape, and with it our local history. The SPNHA has a successful track record in preserving and protecting rural Colorado’s historic and natural wonders.  Our partnerships with local residents, local organizations and agencies within the state government have leveraged the dollars received to achieve the maximum benefit possible,” said the Park County Board of County Commissioners.

“The Cache la Poudre River National Heritage Area is unique because of its contributions to the development of Western water law in the United States,” said Larimer County Assessor, and the Vice-Chair of the Poudre Heritage Alliance Bob Overbeck.

“The Cache la Poudre River has been a vital resource in the region for 150 years, and the Poudre Heritage Alliance has helped Northern Colorado residents recognize its past and present while engaging with local stakeholders to plan for the future,” said Northern Water Public Information Officer Jeff Stahla.