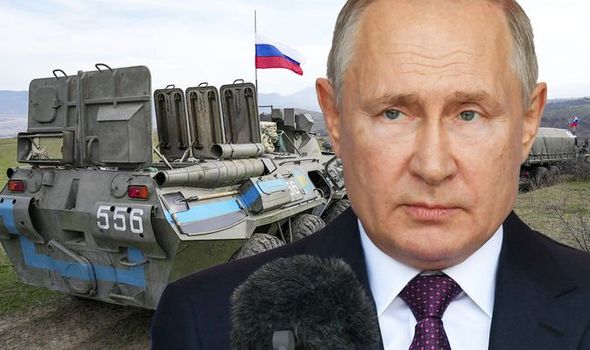 This morning, Colorado U.S. Senators Michael Bennet and John Hickenlooper joined U.S. Senator Bob Menendez (D-N.J.) and 23 of their Senate Democratic colleagues in introducing the Defending Ukraine Sovereignty Act of 2022. This critical legislation would impose steep costs in the event of a renewed Kremlin invasion of Ukraine. As the Kremlin continues to engage in an unjustified military build-up along Ukraine’s border, this proposal to deter a military escalation sends a clear message that the United States is prepared to impose devastating consequences for Putin and the Russian economy if he goes down the path of re-invading Ukraine.

The Defending Ukraine Sovereignty Act of 2022 would impose crippling sanctions on the Russian banking sector and senior military and government officials if President Putin escalates hostile action in or against Ukraine. The bill would also prohibit transactions on Russia’s primary and secondary sovereign debt and authorize sanctions on Russia’s extractive industries as well as on providers of specialized financial messaging services (e.g., SWIFT). To help meet urgent defense needs, the legislation calls upon the Departments of Defense and State to expedite transfer of defense articles to bolster Ukraine’s defense capabilities and authorizes $500 million in supplemental emergency security assistance to Ukraine in the event of a re-invasion by Russia. Lastly, the bill also expands U.S. efforts to counter Kremlin disinformation and strengthen ties with key regional partners facing Kremlin aggression.

“Putin’s attempt to undermine Ukrainian democracy and sovereignty is unacceptable,” said Bennet. “Our bill outlines comprehensive and severe consequences, including crippling sanctions, for any further aggression. We must continue to strengthen ties with our regional allies and partners to ensure freedom and stability in Ukraine and across Europe, as well as support the Ukrainian people’s desire for democracy.”

“The U.S. will stand with the Ukrainian people in the face of Russian aggression,” said Hickenlooper. “This bill sends a clear signal to President Putin that invasion is unacceptable and will be met with severe consequences.”

“This legislation makes it absolutely clear that the U.S. Senate will not stand idly by as the Kremlin threatens a re-invasion of Ukraine,” said Menendez. “As the Biden administration seeks a diplomatic path forward this week in Europe to avoid another bloody escalation in Ukraine, I find little reason to believe that Putin is negotiating in good faith nor do I believe he has any newfound respect for Ukrainian sovereignty and territorial integrity. That is precisely why we are coming together to send a clear message—Putin need not collapse his entire economy nor does he need to sacrifice the lives of his own people in a futile attempt to rewrite the map of Europe. Ultimately the most effective sanction on Russia is a strong and unified Ukraine, and I look forward to working with my Democratic and Republican colleagues so that we can provide the people of Ukraine the type of support they need to confront the bully in Moscow.”

The full text of the bill is available HERE.

Interestingly enough, Texas Senator Ted Cruz was part of a Republican effort on a counter bill focused on the Russian gas pipeline that runs through Ukraine to provide gas to western Europe (particularly important since this is the middle of winter.)

If such a bill were to pass, cutting off fuel to Europe, the bill would actually punish our NATO partners, particularly Germany, which at this moment in time it would not be wise to do, since NATO and the U.S. need Germany to stand strong in the partnership to threaten and enforce the strictest sanctions ever imposed on Russian and Russian dictator Vladimir Putin to deter him from a decision to invade Ukraine.  While not yet a member of NATO (Ukraine has been promised membership) an invasion of Ukraine would also endanger the several small Baltic countries that are already members of NATO.