Today, Colorado U.S. Senators Michael Bennet and John Hickenlooper requested continued funding for the Arkansas Valley Conduit (AVC) in the Fiscal Year (FY) 2023 budget. In their letter to the U.S. Senate Committee on Appropriations Subcommittee on Energy and Water Development, Bennet and Hickenlooper ask for funding in line with the over $10 million proposed in President Joe Biden’s budget.

“The Arkansas Valley Conduit is a planned 130-mile water-delivery system from the Pueblo Dam to communities throughout the Arkansas River Valley in Southeast Colorado,” wrote Bennet and Hickenlooper in their letter to Subcommittee Chairwoman Dianne Feinstein (D-Calif.) and Ranking Member John Kennedy (R-La.). “The Conduit is the final phase of the Fryingpan-Arkansas Project, which Congress authorized in 1962.”

“Stakeholders have worked to finish the Fryingpan-Arkansas Project since Congress first authorized it,” they continued. “Annual funding, like the $10.059 million included in our request for FY23, is an opportunity to shorten the construction timeline for the Conduit and allows federal drinking water standards to be met more quickly providing Coloradans with a secure and safe supply of water.”

This request comes after Bennet and Hickenlooper helped secure $10.05 million in continued funding for the AVC in the recent FY22 omnibus funding bill. Once this project is complete, it will help bring clean drinking water to over 50,000 Coloradans in over 40 rural communities. Bennet and Hickenlooper will continue working in Washington to ensure communities have the resources needed to complete this vital project for the region.

The AVC agreement would store water in the Pueblo Reservoir, built after President John F. Kennedy signed legislation authorizing the Fry-Ark agreement in 1962, Photo courtesy of the City of Aurora.

“Chaffee County is the third-largest financial contributor to the Southeastern Colorado Water Conservancy District Board (SCWCD) through the mill levy,” said Greg Felt, who holds the single Chaffee County seat on the board of the SCWCD.

“It’s because our property valuations are so high. A lot of counties don’t have much of their county in the district, but we have a lot,” he added. “We benefit tremendously from the imported water from the Fry-Ark; that’s supplemental water used by our municipalities and the Upper Ark and we’re working with the agricultural community to facilitate their ability to avail themselves of this extra water when it’s available.”

Bennet has continuously advocated to ensure the Arkansas Valley has access to clean water since arriving in the Senate. In 2009, Congress passed legislation by Bennet and former U.S. Senator Mark Udall (D-Colo.) to authorize the construction of the Arkansas Valley Conduit.  In 2013, Bennet and his colleagues sent a letter to the Bureau of Reclamation (BOR) to quickly approve the Conduit’s Environmental Impact Study (EIS) in order to expedite the project’s completion. In 2014, following Bennet and Udall’s efforts to urge the BOR to quickly approve the Conduit’s EIS, the Record of Decision was signed in February. 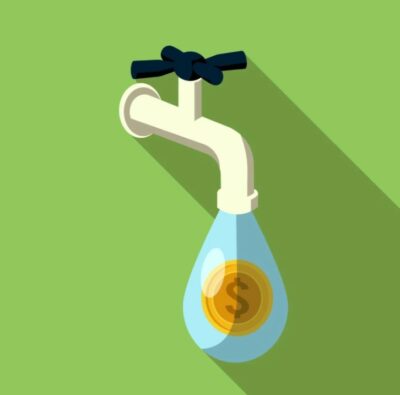 Nothing happens without funding. Repeated efforts to secure portions of the necessary financial budget designations allow it to continue slowly but surely. By 2016 there was another $2 million from the BOR’s reprogrammed funding,  then in 2017 another $3 million for the Conduit as part of the FY17 Energy & Water Appropriations bill.

Finally, in December 2019, Bennet secured approximately $10 million for the Conduit in the FY20 spending bills. In 2020, another $28 million from the BOR allowed construction on the AVC to begin, to help bring clean drinking water to Colorado communities.

“The Southeastern and the Fry Ark project are important to Chaffee County and we’re important to the district,” said Felt. “People ask what does Chaffee County have to do with a pipeline below Pueblo Reservoir? But that conduit is part of the original vision from the Fry-Ark project that benefits us. The lower basin has benefited hugely for water for their municipal water and for their agricultural irrigation systems. This [conduit] was envisioned to help those lower counties move from relying on contaminated groundwater – this is fresh, clean drinking water.”

For more about Ark Valley Voice coverage of this critical water resource project, follow this link.