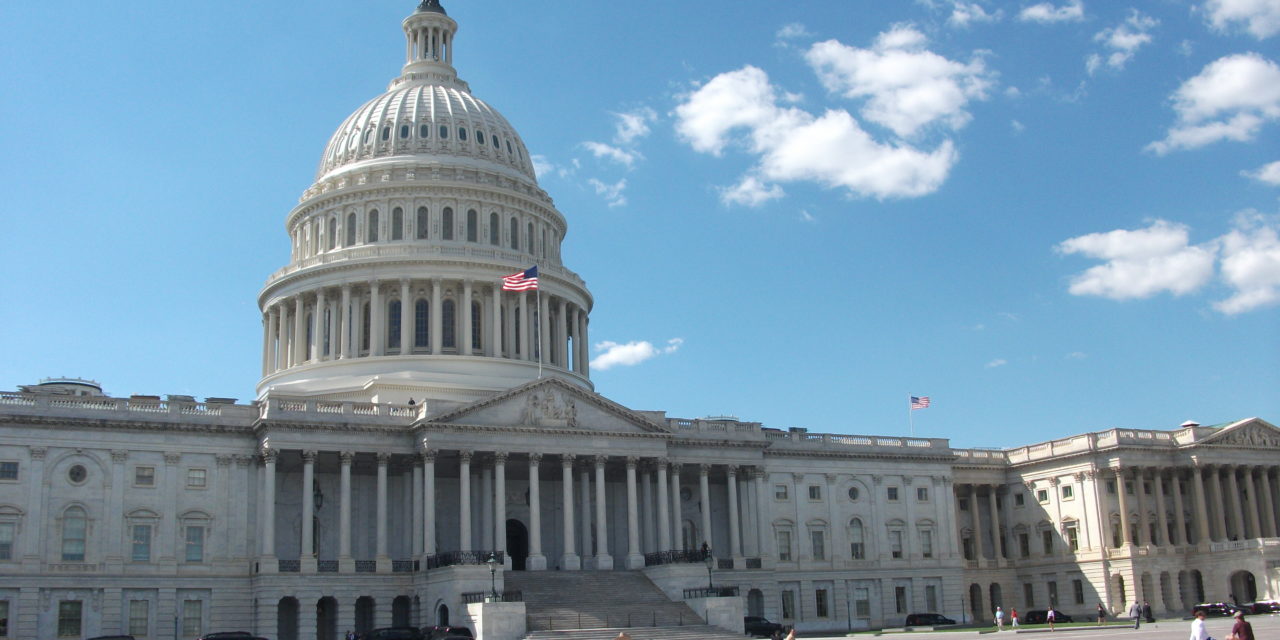 A bill known as the ‘Preventing Authoritarian Policing Tactics on America’s Streets Act’ was introduced in the United States Senate this morning. The bill is intended to block the Trump Administration from deploying federal forces as a shadowy paramilitary against Americans in U.S. cities.

The Senators took this action after 10 days in which heavily armed, unmarked federal forces in unmarked vehicles have grabbed protesters off the street in Portland, Oregon.

“What we have seen in the last 10 days in Portland has been horrific and unconscionable,” said Merkley. “Federal forces have shot an unarmed protester in the head with impact munitions, and paramilitary forces in camouflage have been grabbing people off the streets and putting them into unmarked vans. These are the actions of an authoritarian regime, not a democratic republic. This gross violation of Americans’ civil rights must end immediately.” 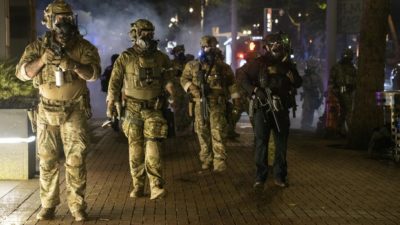 “Donald Trump’s occupying army continues to trample on the constitutional rights of Oregonians and escalate violence against peaceful protesters,” said Wyden. “If Congress doesn’t step in, these authoritarian tactics won’t stop in my hometown. If it can happen in Portland, it can happen anywhere.”

The unidentified federal forces have deployed munitions and tear gas against protesters nightly over the weekend, including a group of mothers of the protesters who placed themselves between the mostly young protesters and the shadowy federal forces.

NBC’s Brian Williams a short time ago referred to what is happening in Portland as “A ring of a super-secret police force with no identification of unit, no names, dressed in military attire who appear to be authorized to conduct ‘snatch and grabs’ on America’s streets.

“This is a paramilitary force,” said former Senator Al Franken speaking with Williams. “It’s a distraction because this president is failing miserably at the pandemic. The Republicans should be spending their time on what really matters instead of pushing through judge appointments… there are millions of Americans right now that are scared.”

According to the Oregon senators, the federal incursion has made things worse: inflaming conflict in Portland at a time when local leaders have been working to de-escalate friction between protesters and police. Elected leaders in Portland and Oregon have opposed involvement by federal law enforcement.

“The Trump Administration’s decision to send unidentified federal agents into Portland to terrorize protesters who are exercising their First Amendment rights only sows more fear and division,” said Bennet. “America is not a battle space. This should not be happening in a healthy democracy, and this legislation aims to prevent our federal government — including the president — from using these tactics.”

This legislation has been introduced as an amendment to the Fiscal Year 2021 National Defense Authorization Act (NDAA), which the Senate is currently debating.

“Unidentified federal law enforcement are pulling protesters off the street into unmarked vans and detaining them without explanation. That’s the kind of behavior we expect from dictatorships, not the United States of America,”  said Murphy. “Without identification, there is no way to hold these officers accountable, and there is no way to know if they are really federal officers. We cannot allow an American secret police. I hope that Republicans will join us in recognizing the severity of this threat and include this legislation in the NDAA,” said Murphy.

The full text of the Senate NDAA amendment is available HERE.

The great irony of this is that the traditional stance of the Republican party has been a states-rights, federalist approach, supporting the rights of states to make the decisions for their areas of responsibility.  But in this case, somewhat unbelievably, not a single Republican has come forward to co-sponsor the bill.

The question must be asked. Why?

Republicans appear to be fine with the president conducting stagecraft to present himself as the authoritarian-style “solution” to the chaos he has had a hand in inflaming. What is happening on the streets of Portland, and soon, apparently, to be unleashed on other American cities is its own warning.

As CEO Alexander Nix of now-defunct Cambridge Analytica (which played a role in the 2016 election, providing data to the Trump campaign) said while testifying before the United States Congress; “The ultimate position to be in is when your adversary has no idea they are in a war.”