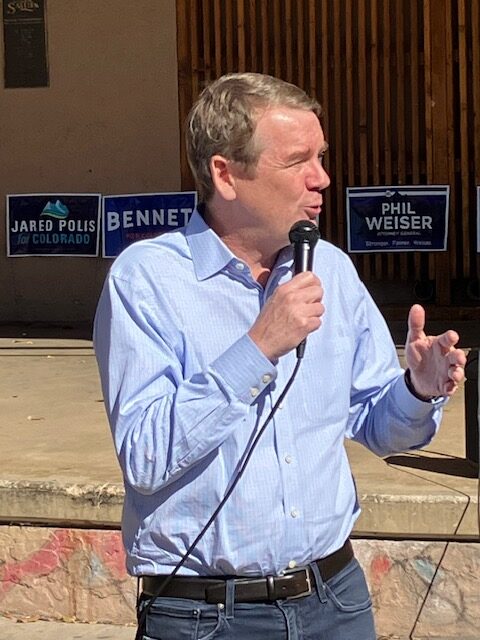 As reported on Wednesday, the Democratic party completed a sweep of the major state offices on Tuesday, including returning as a substantial majority in the Colorado House and the Colorado Senate. That winning streak did not apply to Colorado Senate District 4, which Republican Mark Baisley won convincingly over Jeff Ravage, with 60.83 percent of the vote compared to  35.3 percent. 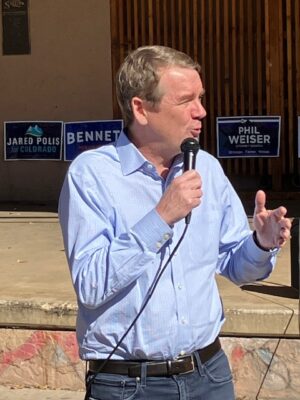 That same evening Colorado’s U.S. Senator Michael Bennet’s race against Joe O’Dea was called fairly early; Bennet got 54.75 percent of the vote to O’Dea’s 42.42 percent. He made an acceptance speech that evening where his remarks revealed a matter-of-fact humbleness about the win and where the focus now needs to be.

“We have to give people a sense of economic opportunity again,” he began. “When people lose the sense of opportunity for themselves and their families, that is when someone shows up and says “I alone can fix it,”… that is the dark vision that Trump won on … and tonight Colorado is rejecting that.”

He commented on the idea that his opponent, Joe O’Dea was attacked by former President Donald Trump for not going “with him” enough, saying “I think it was a rejection of 40 years of trickle-down economics by Coloradans …  we’ve got the third highest rate of childhood poverty. People were struggling even before the pandemic … my opponent wanted to go to Washington to make the Trump tax cuts permanent. I ran on making this economy work for ordinary people.”

Turning his attention to the concerns regarding what some call a rising tide of extremism, Bennet said “The work ahead for the Democratic party is to fight the Trump ideas, the extremism, the cruelty.”

“Of course,” he added commenting on running in a purple state, “We always have to run like we’re 20 points behind.”,