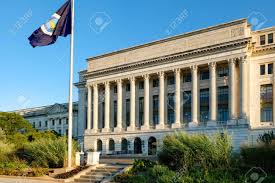 The position is particularly important at the moment given the looming grain crisis in Ukraine. The country, which produces about 25 percent of the world’s wheat, is known as the world’s breadbasket. Ukrainian farmers are finding it difficult to get into their fields due to the Russian invasion of their country; unexploded bombs and land mines cover agricultural land, while last year’s grain crops are still in storage because their normal shipments out of the Black Sea can’t be done due to the Russian blockages of their ports.

Across the industry, several agricultural associations applauded the nomination, including the National Association of Wheat Growers (NAWG)  and the U.S. Wheat Associates (USW).

“NAWG welcomes President Biden nominating Alexis Taylor to this key role and encourages the Senate Agriculture Committee to work diligently and expeditiously in considering this nomination, said NAWG CEO, Chandler Goule. “I have worked with Alexis for over fifteen years and know the industry appreciates her experience and understanding of the agriculture community and trade issues. We are eager to see this key leadership role be filled quickly and encourage timely Senate consideration so she may begin important work at the USDA to advocate for U.S. wheat farmers and be an advocate for American agriculture around the world.”

“Ms. Taylor has worked to open new markets for American agriculture in her previous position at USDA’s Farm and Foreign Agricultural Services (FAS) and as director of Oregon’s Department of Agriculture,” said USW President, Vince Peterson. “Looking ahead to the next Farm Bill negotiations, we know she will be an experienced advocate who can help explain to policymakers how important export market development programs are to our country’s farmers and ranchers.”

Alexis Taylor currently serves as the Oregon Department of Agriculture’s Director, where she oversees the state’s efforts on food safety and consumer protection, natural resource protection, and the promotion of Oregon products.

Prior to this, Taylor managed the USDA’s FAS, where she worked to improve market access and improve the competitiveness of U.S. agricultural products around the world. Before joining USDA, Alexis worked on Capitol Hill in both the Senate and House of Representatives.

The NAWG is the primary policy representative in Washington D.C. for wheat growers, working to ensure a better future for America’s growers, the industry, and the general public. It works with a team of 20 state wheat grower organizations to benefit the wheat industry at the national level.

USW’s mission is to develop, maintain, and expand international markets to enhance wheat’s profitability for U.S. wheat producers and its value for their customers in more than 100 countries. Its activities are made possible through producer checkoff dollars managed by 17 state wheat commissions and cost-share funding provided by USDA’s Foreign Agricultural Service. For more information, visit our website at www.uswheat.org.