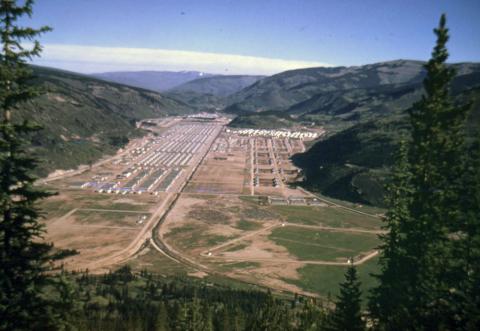 After years of advocacy by veterans groups, including members of the 10th Mountain Division, today, Wednesday, Oct. 12, President Joe Biden is set to declare the Camp Hale Continental Divide National Monument in Colorado – as his first monument designation. The President is on his way to Eagle County, after signing the declaration this morning. The move is applauded by dozens of western leaders, including the contingent of Colorado congressional leadership.

“I can think of no better choice for President Biden’s first national monument than Camp Hale-Continental Divide. This designation will permanently protect Camp Hale and the Tenmile Range, the iconic site where the 10th Mountain Division trained to fight in World War II and later returned to found much of Colorado’s ski industry,” said Colorado U.S. Senator Michael Bennet. “With every passing year, there are fewer World War II veterans who trained at Camp Hale left to tell their story, which is why it is so important that we protect this site now.” 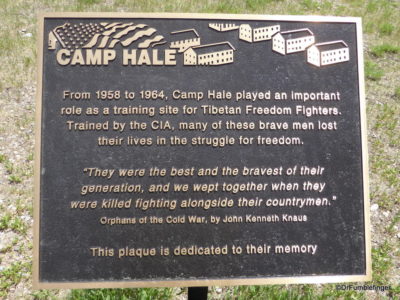 The site was crucial to the training of the 10th Mountain Division as they prepared to face the frontlines of World War II in northern Italy. After WWII, it was used to train Tibetan Freedom Fighters. The troops trained all throughout the 54,000-acre area of the Tenmile Range between Red Cliff and Leadville, making the monument designation a two-part geographic area.

“This designation and the administration’s efforts to protect the Thompson Divide enjoy broad, bipartisan support from Coloradans, and testify to the hard work of local leaders and groups, who have worked for years to preserve this vital part of our history and our landscapes,” added Bennet. “I am grateful to President Biden for answering Colorado’s call to honor our veterans, safeguard our wildlife and public lands, and strengthen our outdoor recreation economy.”

“Camp Hale is being protected thanks to the efforts of 10th Mountain Division veterans and local Coloradans who want to see these historic, breathtaking lands protected for generations to come,” said Colorado U.S. Senator John Hickenlooper. “From the beginning, Senator Bennet’s CORE Act has been about helping communities protect their public lands. Today’s designation continues that effort.”

In addition to Camp Hale becoming a national monument, today President Biden also announced a mineral withdrawal of 200,000 acres of BLM lands across the Thompson Divide in Garfield, Gunnison, and Pitkin Counties.

“We are beyond thrilled that President Biden has designated the Camp Hale-Continental Divide National Monument,” said The Mountain Pact Executive Director Anna Peterson, granddaughter-in-law of a 10th Mountain Division Trainee. “This designation honors Colorado’s military legacy and the history of Colorado’s 10th Mountain Division, a unique and powerful tribute to those who have served our country. The Antiquities Act conserves vital places so our stories can be told and experiences can be shared for generations to come.”

Colorado has a wealth of public lands, National Parks and Monuments, a testament to both the beauty and the heritage and history of the state. It has four national parks; Mesa Verde, Rocky Mountain, Black Canyon of the Gunnison, and Great Sand Dunes. Each of these parks features its own unique history and geography. On top of four national parks, Colorado also has eight national monuments and two national recreation areas.

Featured image: Camp Hale was set up to train the 10th Mountain Division soldiers for fighting in the rough terrain of the Alps to win World War II. Image courtesy of Colorado Encyclopedia.