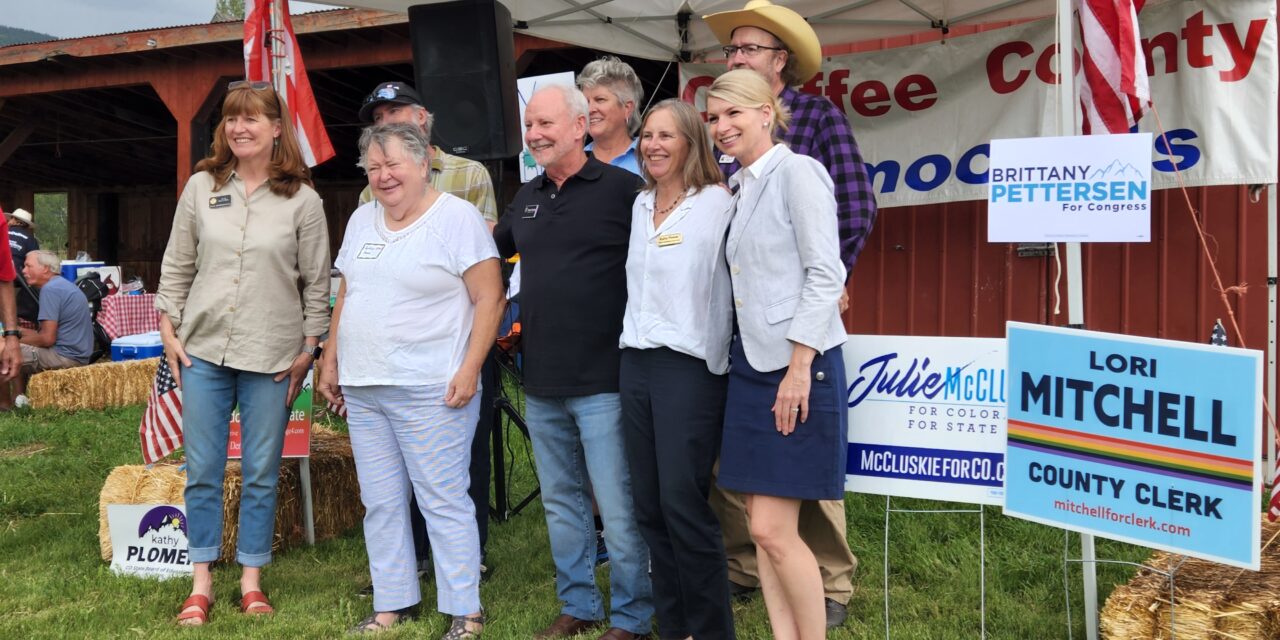 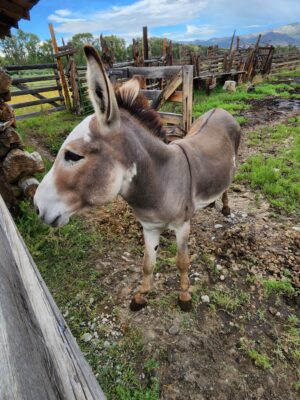 The emcee for the afternoon was Chaffee County Commissioner Keith Baker, who introduced Morgan Carroll, the Colorado State Chairwoman who reinforced the critical initiatives that Democrats fought for and passed in recent years.

Carroll  stressed the importance of the upcoming general election; from election integrity to women’s reproductive rights and emphatically stated the critical need to get out the vote.

Next on the dais was CD 7 Candidate Brittany Pettersen.  Senator Pettersen was instrumental in passing the nation’s most robust Equal Pay for Equal Work Act, Colorado’s Red Flag law, and the Secure Savings Act. As Chair of the House Education Committee, she shepherded historic investments in public schools.

Pettersen is a strong advocate for access to behavioral health care, telling the audience, “Never underestimate how underestimated young women are in positions of power.” 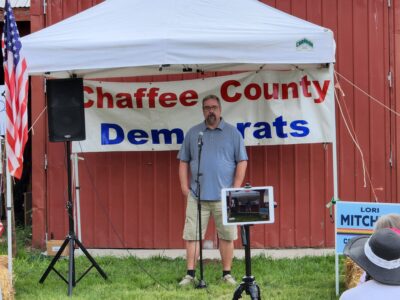 Colorado SD 4 candidate Jeff Ravage is a forest practitioner and spoke about the realities of climate change and its impacts on forests. He said if changes don’t occur to rein in the increasing warming of the planet soon, nothing else we do is going to matter. He strongly supports agriculture, mining and forestry, and a living wage for Colorado’s workers. 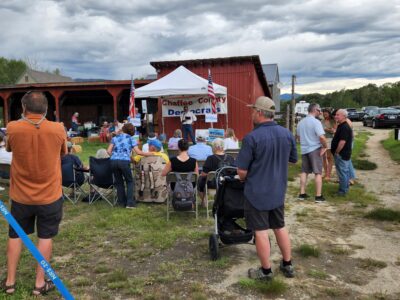 Chaffee County Clerk Lori Mitchell made brief remarks about the challenges County Clerks face including constant disruption of legitimate elections and the assault on the democratic process. Mitchell, who was running unopposed, will run against a write-in candidate. The crowd made a point of praising Mitchell for her tireless efforts toward free and fair elections.

Chaffee County Coroner Jeff Graf thanked the group for inviting him and said he likes being able to assist families and individuals during some of the worst moments of their lives. Graf is unopposed for this election cycle, and was called to the podium last because he was out in our community doing his job earlier in the afternoon.

Baker wrapped up the program by thanking the Chaffee Shuttle drivers for their Saturday afternoon effort and Pint & A-Half (Duke and Tammy) for live music in the beautiful setting.  The candidates mingled with voters (including many unaffiliated voters) to answer questions and discuss issues about this critical mid-term election.