The Bureau of Land Management (BLM) Royal Gorge Field Office announced on Friday that it is accepting public comments on dispersed camping and travel management planning on BLM public lands in Chaffee County. Comments will be accepted through January 31,  2022. 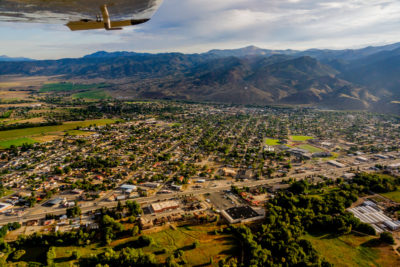 The Arkansas Hills to the east of Salida and Tenderfoot Mountain were identified as a target of development by the BLM during the Trump administration, which opened significant wilderness to mineral extraction. Photo EcoFlight.

“Recreation use, especially dispersed camping, has increased dramatically in recent years,” said Royal Gorge Field Office Manager Keith Berger. “This increase in use has resulted in a multitude of issues, such as vegetation and habitat loss, erosion, and sanitation impacts, which all affect people’s recreation experiences and our ability to meet our multiple-use mandate.”

Input is being sought on alternatives for camping and travel management on approximately 38,000 acres of BLM public land in Chaffee County where camping demand has increased in the past decade.

The BLM is initiating this effort based on concerns identified by BLM resource specialists, public land users, and neighbors adjacent to public lands. The BLM says that this input effort will inform a planning effort in alignment with Chaffee County’s Recreation in Balance” group. It is also being coordinated with the U.S. Forest Service and Colorado Parks and Wildlife. 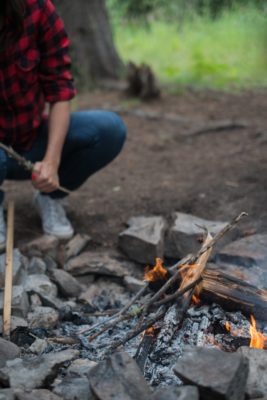 The alternatives outline various scenarios, based on both public and BLM resource specialist input, for managing camping within the planning area. These alternatives include monitoring as well as various adaptive management strategies that the agency can employ if demand and issues continue to increase.

The most useful comments would provide the BLM with input on the alternatives outlined in the document and identify resources and issues of concern that should be considered for detailed analysis in the environmental assessment.

Additional information is available and public input will be accepted through the project’s ePlanning website at https://eplanning.blm.gov/eplanning-ui/project/2012291/510.

Additional questions can be directed to Kalem Lenard, Assistant Field Manager at 719-433-8486 or jlenard@blm.gov.

The BLM manages more than 245 million acres of public land located primarily in 11 Western states, including Alaska. The BLM also administers 700 million acres of subsurface mineral lands throughout the nation.