This past week the freshman lawmaker for Colorado’s District 3, Lauren Boebert (R), who is up for re-election in November, walked out of an elevator and asked a group of Jewish visitors to the U.S. Capitol whether they were there to conduct “reconnaissance.” While she’s known for her gaffes, her fondness for guns, and her defiance of Congressional norms, the latest incident of cultural and ethnic insensitivity struck a chord across the country. 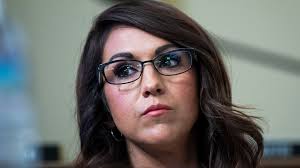 The group of visitors, who were Jewish, were waiting for the elevator, there to meet with Representative Tom Suozzi of New York. They were wearing yarmulkes, and their leader had a traditional Orthodox beard. Boebert is reported to have pointedly looked the visitors over “from head to toe” before making the remark.

Boebert has said that she was referencing the comments she received from Democrats about Capitol tours that some of her visitors got before the Jan. 6 attack on the Capitol by Trump supporters. “I made a joke” she said, adding that because of her short stature, she couldn’t see the yarmulkes. Which would tend to make her comment even more strange.

Some Democratic lawmakers have accused Republican colleagues of leading groups on tours of the Capitol before the Jan. 6, 2021, attack by supporters of Donald Trump and his efforts to overturn the 2020 election. Reps. Steve Cohen of Tennessee and Rep. John Yarmuth of Kentucky claimed they spotted Boebert with a group of visitors in a tunnel in the Capitol complex three days before the riots.

For their part, the remarks made the visitors confused and uncomfortable, causing Suozzi to say “When you’re a member of Congress, you have an important role to play in society. You can’t be cavalier in the comments you make, especially if they are perceived as being anti-Semitic, or discriminatory.”

Boebert has made repeated and purposely derogatory ethnic references to many ethnic groups, including Muslims and Jews, and toward her fellow minority Members of Congress. Many of her comments have been directed at Rep. Ilhan Omar of Minnesota, who is Muslim.

Some have pointed out that her home area around Rifle, Colorado is more conservative and not used to interacting with those different from the general population, while others say that is no excuse for her continued bigoted comments. She is the communications chair of the House Freedom Caucus.  There have been calls for her to be censored for her continued racist and anti-Semitic remarks.

Boebert is up for re-election in Nov. 2022. State Sen. Don Coram, one of the Colorado Republicans challenging U.S. Rep. Lauren Boebert in the primary, condemned Boebert Thursday following the reported incident.