Editor’s Note: This is Part III of a three-part series seeking to explain the broad concepts involved in Dr. Alison Brown’s case against Chaffee County. The case involves her use of her property at 11600 Antelope Rd., a rural-zoned parcel outside the city of Salida. The constitutional issues involved include subtleties and complexities that only the parties’ lawyers and the court have the resources to resolve.

In Brown v Chaffee County et al., the lawyers on both sides, Charles Cain of the firm of Cain & Skarnulis for Alison Brown, and Leslie Schluter of the firm of Dagner Schluter Mitzner Werber for the county, are highly respected and skilled constitutional lawyers. The judge assigned to the case, Christine Arguello of the U.S. District Court for the District of Colorado in Denver, is also considered highly qualified. She was appointed to the District Court by George W. Bush after having been previously nominated for the 10th Circuit Court of Appeals by Bill Clinton, and was reported under consideration by Barack Obama for appointment to the U.S. Supreme Court. She resided for many years in Buena Vista. 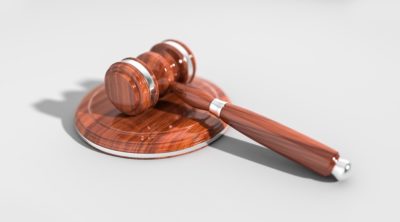 The direction of this case could be affected by several separate issues pending in county administrative proceedings and state court. These could add strength to Brown’s claims, create additional hurdles in her case, mitigate damages, or at least resolve issues of the interpretations of the county land use code. These would simplify the issues before the federal court that looks to the state courts and agencies for interpretations of local ordinances and state laws.

For example, after this suit was brought, the Chaffee County Commissioners denied Brown’s kennel permit application (see Resolution 2019-42) by applying some of the same standards that led to the current lawsuit. The commissioners applied a kennel definition that they adopted after Brown had been housing her dogs on her property, making that use of her property illegal under the new kennel definition. In doing so, the practice of basing enforcement decisions on neighbors’ subjective complaints about the distinct sounds of Brown’s dogs, for example, became apparent. As one commissioner noted: what is noise to one is music to another.

The kennel permit was one of two permits applied for by Brown, one for operating a kennel and one for maintaining outfitting facilities. She applied for the permits after the county obtained a state court ruling that interpreted the broad language of its land use code that defines the “outfitting facilities.” The ruling said that a Limited Impact Review (LIR) covering her housing of horses to fox hunt on government land, was so broad as to implicate “a grandfather taking his grandson out for a horseback ride.”

The court had enjoined Brown from using any improved structures or facilities at 11600 Antelope Road for animals or equipment used to ride out or hunt with foxhounds on public lands. The injunction was to last until “Brown has received a permit from Chaffee County to operate her outfitting facility at 11600 Antelope Road.”

Brown received a permit after a Limited Impact Review (LIR). However, the permit contained “conditions” placed there by defendant Roorda. Imposing conditions is allowed under the county’s land use code to “mitigate impacts to unique natural features” that the LIR identifies would be caused by the use for which the permit is requested.

But the LIR identified no impacts that needed to be mitigated.

Roorda imposed conditions based on his determination that “outfitting” was inherently “commercial,” citing no authority whatsoever in making that determination. So Brown taking her horses to fox hunt on public land is considered a commercial activity, as would also that grandfather taking his grandson out for a horseback ride.

The conditions Roorda imposed on Brown’s permit were that she obtain a County Access Permit for commercial use, that she re-permit her well for augmentation for commercial use, and that “no customers, club members, public or visitors associated with foxhunting shall come to the site.” (See Staff Report.)

The commissioners expressed an interest in amending their code’s controversial definition of outfitting, but were advised by the county attorney that the previous injunction wouldn’t allow that. That injunction on its face enjoined only Brown, not the county, and by its terms was to expire when the permit had been granted. Further enforcement typically would have required the county to apply again to the court.

The county has been alerted at least twice by the state court magistrate to possible constitutional issues in its actions against Brown. It was further made aware of a possible civil rights lawsuit against the county. Proposals to amend the county’s land use code and applications of  Brown for permits presented the county with opportunities to affect its potential liability going forward.

While this case is pending, the county could decide to apply its code to other landowners the same as it has to Brown. Or the county could consider revising its code and its policies in a way that might allow Brown’s fox hunting club to operate and other private recreational activities that are included in its “outfitting” definition to continue.

In the case before Federal Court in Denver on Friday, Oct. 18, the magistrate delayed discovery until the motion to dismiss is decided and to allow a state court appeal of Brown’s kennel permit to progress.

In that state court appeal, pending in the 11th District Court in Chaffee County, the opening brief was presented on Thursday, Oct. 17 by her lawyer Charles Cain of the firm of Cain & Skarnulis, Brown requested: “For the reasons stated above, Plaintiff Alison K. Brown respectfully requests the Court find that Chaffee County Board of County Commissioners abused its discretion in denying Dr. Brown’s requested permit and enter a judgment ordering Chaffee County Board of County Commissioners to issue the permit.”

In neither case has the judge yet rendered a decision.

Brown is an investor in Ark Valley Voice.