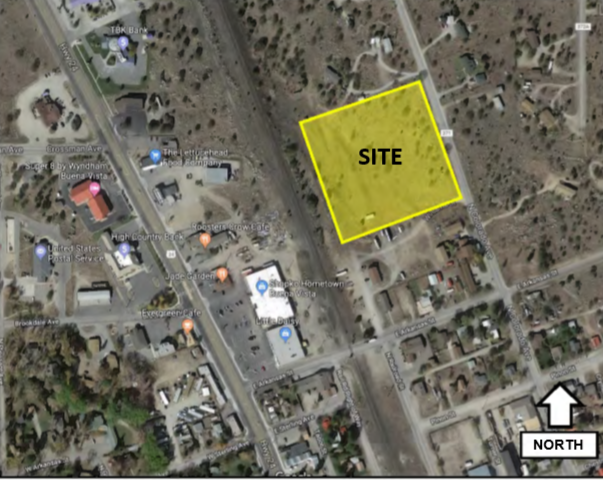 The Boulders, a proposed residential development in Buena Vista, took one step closer to commencing construction when the Board of Trustees approved its preliminary plat on Tuesday evening.

With Mayor Duff Lacy absent, Trustee Mark Jenkins presided. During their routine meeting, the Board of Trustees unanimously approved the preliminary plat for The Boulders at Buena Vista, owned by Igloo BV, LLC.  Development plans include 33 single-family dwellings and 12 duplex units for a total of 45 units. 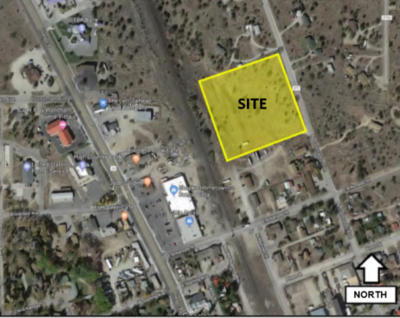 Each unit will also feature a garage with the option for an accessory dwelling unit (ADU).

The Planning and Zoning Commission approved Igloo BV’s application for a Special Use Permit (SUP) enabling the construction of the duplex units. The SUP was required to allow the duplex units to share common lot lines.

Primarily, the board was concerned with the alleyways running between the duplex units. The development plans call for gravel surfaces on the alleyways to ensure proper filtration drainage on the alley surfaces.

The lot, located west of Colorado Ave and north of Williams Street, has a natural ‘bowl’ shape with the lowest point being near the center of the parcel. As a result, draining the property of storm-water offers a unique challenge; leading to the need for a permeable alleyway surface. 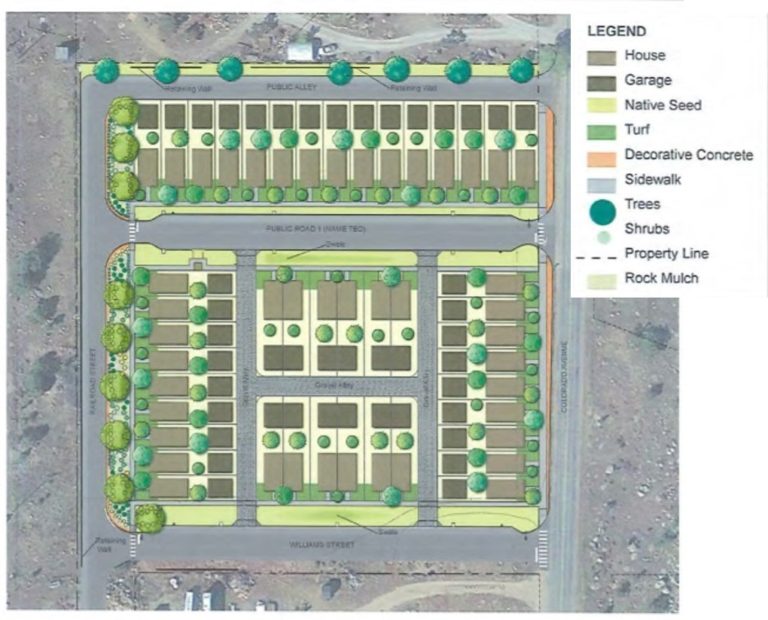 A rendering of The Boulders development in Buena Vista. (Courtesy of Igloo BV, LLC)

According to Director of the Department of Public Works, Shawn Williams, the gravel alleys would require significant maintenance commitments, and Public Works staff is stretched thin as it is.

“I think it’s a great project,” said Trustee David Volpe. “I do have concerns about the gravel alleys and the maintenance capacity public works can handle.”

Though the alleys are a concern, the trustees said they didn’t see them as a non-starter.

“That’s a growing pain we will have to deal with,” said Volpe. “It’s certainly not a deal breaker.”

“I think it’s much-needed and would be a welcome addition to our town,” expressed Swisher. “I would like to see something different done with the alleys, but you’re right: it’s not a deal-breaker.”

Williams proposed recycled asphalt to developers as a compromise on alley surface material. Williams pointed out that recycled asphalt still offers permeable qualities but is more resilient than gravel and would mitigate alley maintenance.

One member of the public voiced his concerns regarding drainage and a proposed retaining wall on the southern border of the property.

The concerned party owns the property south of and adjacent to The Boulders development parcel. He has intentions of developing his property one day and is concerned poorly routed drainage and the proposed retaining wall will inhibit his ability to develop in the future.

Jenkins reinforced the Town of Buena Vista’s expectation that the developer maintains its consideration for neighbors.

“Have you guys made sure [drainage to neighboring property] isn’t going to happen,” asked Jenkins. “So, drainage from [your plat] won’t affect [the neighboring] property?”

The board was assured drainage concepts were considerate and designed to keep stormwater on The Boulders’ property.

“I want you to make sure you guys are good neighbors. Pay attention to that,” emphasized Jenkins.

Trustee Norm Nyberg reinforced Jenkins’ comments, saying “We need to make sure that the ‘good neighbor’ concept is in place.”