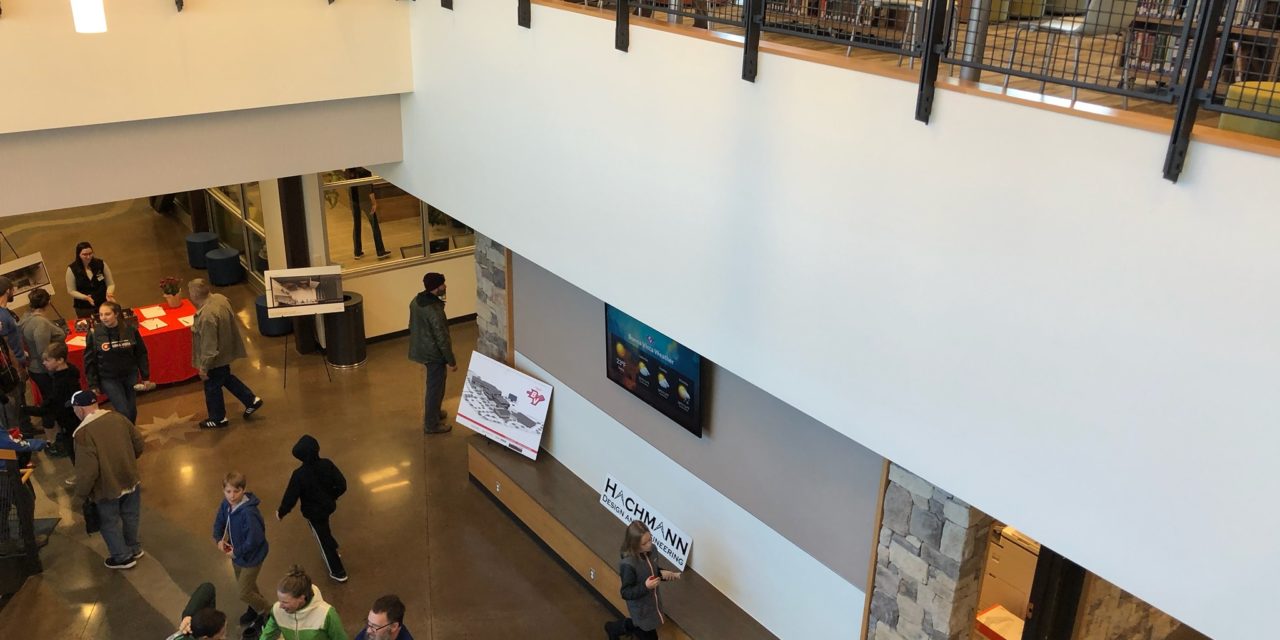 During the Jan 13 Buena Vista School Board meeting, board members and school administration did a work session regarding school facilities. Chaffee County awarded the school district an occupancy permit just in time for the move-in last week, and the Jan. 11 Community Open House. The Phase I move-in is complete, the high school occupying the second floor, and the middles school temporarily occupying the first floor while Phase II is constructed.

School Superintendent Lisa Yates has reminded staff that “Our warranty process has started – as you find issues [with the Phase I building and grounds], report them, so our contractors can fix them.”

While this sounds like a natural step, it turns out the superintendent’s caution to staff is necessary, to make sure that items not working properly are added to the contractor’s warranty check list to be addressed.

“We have to report things – given the old space we were in, we are so used to just ‘making things work’ that I have to tell you, if there is something wrong in a new classroom, with a railing, in the library, don’t fix it, report it,” said Yates. “We need the product delivered as it should be…how it is supposed to function.”

Kyle Walter of Haselden Construction at the base of the “grand staircase” between the first and second floors of the new Buena Vista High School building. Students begin classes in the building Jan. 9. (Photo by Jan Wondra)

With the first phase now occupied, the staff and school board are affirming to the community that “this beautiful new space” is on budget.

“I hear there are rumors flying around town about how much things cost, but there is a record of every decision made, Down to the smallest item – it is all recorded,” said Director of Finance Janice Martin. “If you hear a rumor, tell us, so we can set the record straight. It [remaining construction costs] will be extensive – there is a lot of the building left to build.”

The open house focusing on some of the questions framed from the community. One of the oddest questions heard repeated was why were the students going to have to eat in the hall?

“All the parents know the eating in the hall is temporary, right?” said Yates. “We are going to build a lunch room, it’s just not built yet. We need to do more communications about it to the community.”

She went on to remind those assembled that there is amble common space designed into the building, and that based on the first few days, students seemed thrilled with the building and don’t seem to mind lunching in halls and common spaces. The space where lunch is actually being served (after being prepared over at Avery/Parsons Elementary School) will become the future third middle school classroom, when the district adds a third teacher. 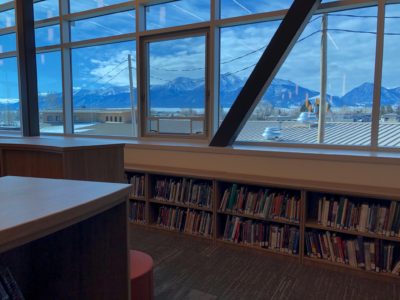 Another question raised during the open house was curiosity about the structural beams that show diagonally across some of the large windows.

“Yes, it’s structural. It’s a brace frame in some classrooms and the back walls,” explained the School District Facilities Manager. “It shows the students the structural detail of how the building is built.”

School Board Member Jessica Crites mentioned that she was on the design committee and recalled that there is a space outside the second-floor library to the left – that could become an outside patio, but it hasn’t been built.

She was assured that the space, which has apanoramic view of the Collegiate Peaks, is designed for a load-rated deck. For budget purposes, it is not in the initial construction plan. But at some future point that space could be fitted with hand rails and finished out.

Another board member mentioned they heard someone ask about one of the high school science classrooms, where the power outlets are on the sides but the lab tables were set up in the middle of the room.

One major item on the Hazelton/Diesslin warranty check list will be some of the school sidewalks. To meet the contract timeline, the contractor had to pour the walks during the December cold snap, so they couldn’t cure properly, and might need to be replaced. The outside brickwork has not yet been cleaned because of the cold snap, so that is still to be done as well.

School Superintendent Lisa Yates indicated that power is cut to the old middle school building. The darkness has revealed how dark those classrooms really were, and how little natural light was actually available. But this step has highlighted the vast amount of natural light flooding into the new Phase I school structure.