In a special meeting, the board of trustees unanimously voted for a resolution approving a $1,385,000 purchase agreement for the land and water rights at 36505 N. Highway 24. Ten miles north of town, the 103-acre parcel has 3.1 CFS from the Dryfield Ditch, which has an 1882 priority date.

That represents an estimated 84 acre-feet per year, according to discussions Monday evening. 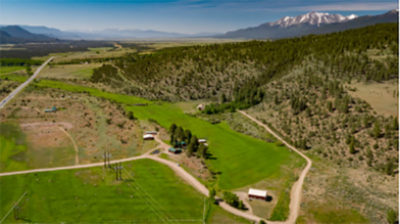 The 103 acres has water coming off the Dryfield Ditch, a boost to Buena Vista’s water portfolio.

“This one hits the high mark,” said Town Administrator Phillip Puckett, noting that the purchase would help diversify the Town’s water portfolio that leans heavily on Cottonwood Creek. “This is one of the highest priorities the town has had over several years.”

The deal is slated to close March 12 and the town is working with water engineers and attorneys to verify the assessed value of the water rights. It has until March 5 to evaluate the water, including historical use, documentation, and return flows to the Arkansas River.

“It looks like we’ve finally found a way to buy some water rights after what – 32 years?” said Mayor Pro Tem Libby Fay.

Puckett said the deal moved very quickly – about two weeks – after it learned of the property by word of mouth. “Things can come together quickly,” he said, noting that the process is an example of people working together and “the community taking care of itself on these matters.”

Mayor Duff Lacy added that it was invaluable to have staff who were able to “pursue this on a minute’s notice.”

Buena Vista administration has placed $25,000 down on the property, which contains a house, several outbuildings, 56 irrigated acres and 47 dry acres. The Board briefly discussed the possibilities of the property, in addition to the water rights. The house could represent more employee housing and the acreage might hold possibilities for holding town functions.

Part of the agreement allows for the current residents of the property to lease it for two additional months until May 12.