Short-term rentals (STRs) have been a sore topic of conversation in other parts of the county for the past few years. So when the Buena Vista Trustees took up the subject during their Monday, June 22 work session, it might have been expected that some of the same concerns voiced in other municipalities, and in the unincorporated county would be raised.

Other county areas have cited concerns around too many STRs in residential neighborhoods to keep a neighborhood feeling, fear of being surrounded by short-term rentals, noise, and concerns that STRs impact the amount of housing available to the county’s workforce.

The discussion was prompted by a question about whether Buena Vista should set caps on the number of in-town STRs it allows, and if so, at what level? It should be noted that once granted, there is no guarantee of renewal on a short-term rental license. 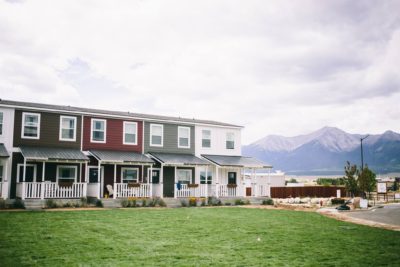 The Farm, on the edge of Buena Vista, provides some of the first new workforce housing the town had seen in years. (Photo Courtesy of Fading West)

“Our first decision is – is there a problem?” said Buena Vista Mayor Duff Lacy. “And – if so, what’s the problem?” Without citing any statistics or numbers, he went on to opine that “I see it going up, but not out of control yet … should we plan ahead, or wait down the road a ways? What are the detrimental effects of short-term rentals?”

“Other than to say it seems like I can’t believe there’s a problem, it seems like we’ve come up with a solution and now we’re trying to find a problem,” ” said Trustee David Volpe.

“I see it as a source of income for citizens here in the valley,” said Trustee Devin Rowe. “If I had the means to purchase a house now, which I don’t, I’d look into a short-term rental to help pay for a house here. That’s the answer for people here not making hundreds of thousands of dollars. I agree with Trustee Volpe, it’s hard to give a specific problem that putting a cap on short-term rentals will address.” 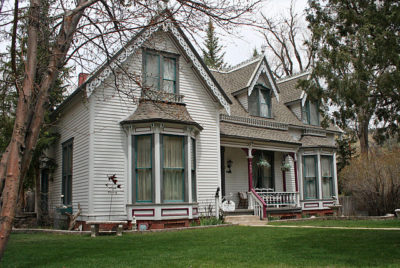 The J.M. Bonney House was built in 1883 and the neighborhood is now a tree-lined street in old Buena Vista. Courtesy of Wikipedia

“I get comments for people that they don’t like the fact that three or four houses near them are short-term rentals. They don’t like the fact that they don’t have neighbors,” said Trustee Libby Fay. “They talk about problems like these folks speeding with kids or dogs running around. I think trash is a problem. There is noise – a group that comes in and rents a house is noisier.”

Without citing the source, trustees noted that just under seven percent of Buena Vista housing in residential zones are now STRs. Trustee Amy Eckstein identified the problem as a concern for the disintegration of community character and disruption of residential neighborhoods.

“I hope for all of us to build some sort of consensus about what is the problem,” said Eckstein. “I’d not bring affordable housing into this at all … it is about community character and more specifically residential neighborhood zones. It’s not if something is right or wrong … what if it gets to be 20 or 30 percent [of residential housing]? We’ll start to have family displacement and lots of empty zones…that is disruptive.” 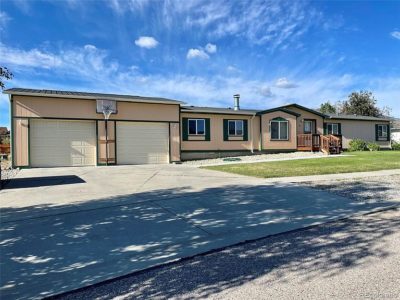 This house on Connie Dr. in Buena Vista went on sale June 27, at a higher price point than that recommended by Zillow

She reminded the group of the town’s comprehensive plan. “ Page 40 says BV will review current housing occupancy and assure they are business-friendly and residential … ‘Neighborhoods not unduly interrupted by at-home businesses.’ That’s balance. I’ve spoken to a lot of stakeholders.”

“I agree with Libby and Amy,” said Trustee Norm Nyberg. “We have a problem with the speed and the trash. People who short term rent in my opinion really don’t care about the town. If we had more long-term rentals … we are having a terrible time finding teachers and employees because there is nothing out there….the community aspect of this is what BV likes to seek – everybody looking out for everybody else. It’s the ‘If I’m gone, they’re going to watch my house. These short-term rentals – we don’t get that.”

“For me, it’s community and affordable housing,” said Trustee Cindy Swisher. “When some of the more reasonably priced houses go on the market, they’re sold, it doesn’t give the people in our community a chance – they’re going to out-of- state people who have their homes somewhere else. They’re just here to make money. “

“It does affect businesses with the shortage of housing to attract employees. Housing is expensive and it’s scarce … I honestly believe on short-term rentals there should be more county [resident]-owned, not out of state … “added Swisher. “I’m thinking of the younger people who want to stay here…we don’t have the housing to allow for both. I am NOT opposed to a cap on short-term rentals.

While Lacy acknowledged that the most common theme was community, he reminded trustees that the local government could impose code to address smaller, specific concerns such as trash, noise, speed, or curfews.

“We need to look at the idea of neighborhoods. I interpret our comp plan as we want homes with residents, otherwise the neighborhoods will erode,” said Eckstein. “Right now 93 percent are homeowners, not short-term rentals, but as more short-term rentals are sold, then there are fewer residents on a street. The blocks will become emptier…. we need primary homeowners.”

Fay raised a question; “How do we measure the success of a policy we’re trying to craft?

“If the policy prevents something from happening isn’t that success? If we don’t have vacant neighborhoods? responded Eckstein.“We’re not selling affordable housing – we’re just trying to protect the neighborhoods.”

“The common word is community – define community,” challenged Lacy, who appeared to indicate that a 50-50 percent balance between residential and short-term rental properties was acceptable, although he did not elaborate.

“We didn’t look at it from trying to protect a community character, we were recognizing there seemed to be more support for the numbers of locals doing this growing,” said Town Administrator Phillip Puckett. “The numbers of people who don’t live at least within the county staying stable. Staff doesn’t have a definition of community when it comes to uses like this.”

Some discussion yielded a partial definition of community as “pride, acceptance, contributing, feeling respected. Puckett suggested that the proper split between residential homes and short term rentals “might not be a 50-50 split – if we want to protect the community feel of our residential zones?”

“That is more of a direction than anything I’ve heard so far. – protect the neighborhood feel,” said Lacy, who pointed out that when he moved to Buena Vista 20 years ago, “people cared about people, they knew everybody. I have a minimum of 20 new customers in my shop every month – our community is changing. Do we need to change our vision? Maybe. But for this point, we want to protect that community environment and respect it — we can address all of this with code enforcement like trash, or noise.

This was a work session, meaning no decisions were made, but the discussion is expected to continue. Lacy suggested that they look at ownership as a separate item, discussing the difference between primary versus secondary owners.

Editor’s Note: Breckenridge is now more than 40 percent short-term rentals — former Mayor John Warner is on record during a housing policy session here in Chaffee County as saying they have lost their neighborhoods, saying “it’s a collection of strangers who come and go…”