Buena Vista to get a LEED-certified School, built with local support and contractors 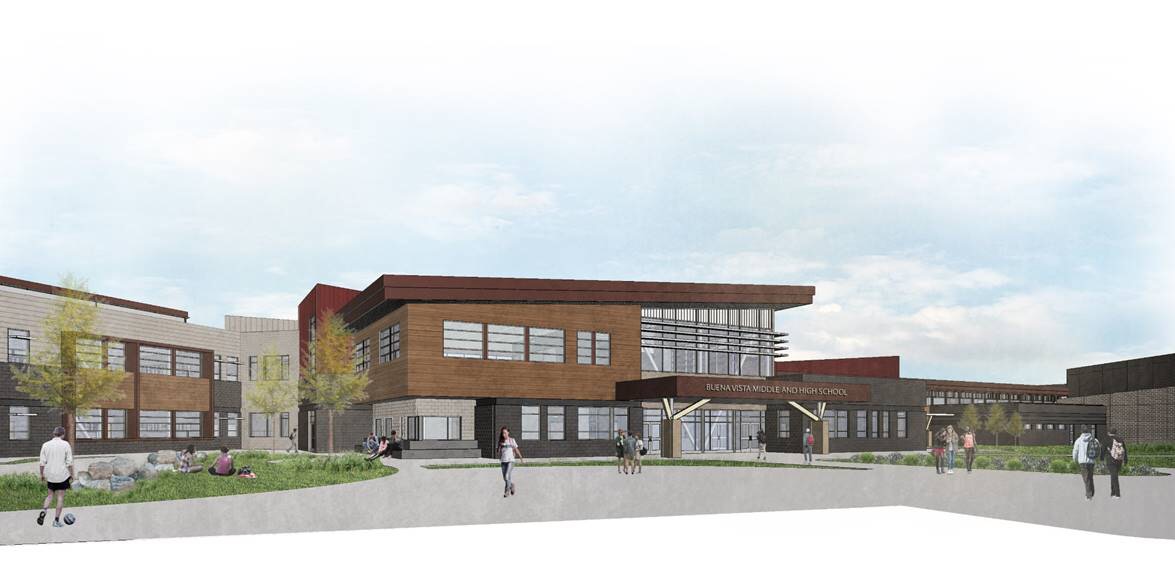 The Buena Vista School District (BVSD) hosted a community meeting on the evening of Thursday, Feb. 7, to update the community on the construction and design processes for the new, LEED (Leadership in Energy and Environmental Design) certified, Buena Vista High School and Middle School. Construction is set to begin in March and plans call for it to be concluded in time for the start of the school year in August 2020.

The road to new schools has been a long one, including a failed ballot issue before the recent funding approval. BVSD received the Colorado BEST (Building Excellent Schools Today) grant in early December 2018. The BEST grant matched roughly 60 percent of the $29.5 million approved by the Town of Buena Vista to fund the construction; bringing the total construction budget to approximately $50 Million.

The actual building and infrastructure budget is set at $40.5 million. The $10 million is going toward the architectural designs, LEED costs and other auxiliary costs.

Lisa Yates, superintendent of BVSD, assured those in attendance that the school district officials remain dedicated to employing local contractors, and utilizing the school project to benefit Buena Vista as a whole.

“Good things happen when good people come together,” Yates said, “We are very committed to having a local presence, and reinvest as much as we can back into the community.” 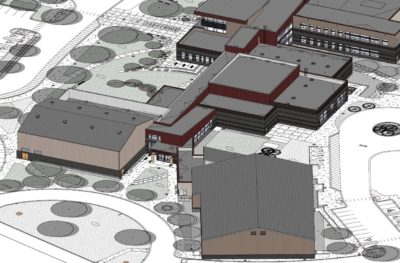 The project team is comprised of many local individuals representing numerous companies.

Colorado-based Haselden Construction and Salida-based Diesslin Infrastructure, Inc. (DSI) is the primary contractors for the project.

“We’ve really tried to reach out to local contractors to make sure we can find local people in Chaffee County that can help us with this project,” Bates said.

Bates said the district has allocated approximately $1.5 million to begin preliminary processes before construction can officially begin. According to Bates, these processes include organizing site facilities like portable toilets and trash removal. Many of these items will be handled by local businesses.

Bates said a portion of these funds are also directed to contractor subsistence. Bates’ described this as paying sub-contractors from out of the area to accommodate the food and lodging needs of their crews who come to work on-site. Bate’s pointed out that these funds would be spent at local hotels, restaurants and grocery stores.

The project, Bates also acknowledged, is a LEED, green building project. As a result, Haselden and DSI are required to separate materials and debris and track what is being recycled.

Architects John Fuentes and Adam Braunstein of Denver-based TreanorHL presented their designs for the new infrastructure at the meeting. These renderings are not the final details but display the framework of the building and the style desired by the school district.

“It’s something to be really proud of. We’re excited,” Braunstein said.

The building will feature plenty of open spaces, windows and natural light; including windows lining the hallways and a walkout courtyard extending from the flex commons area. 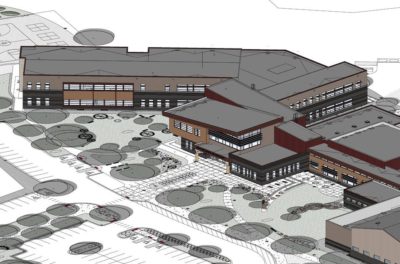 Braunstein also said the architectural team plans to utilize natural-looking materials to construct the exterior walls Braunstein said they are looking at different types of stones, and a faux-wood siding (actually concrete, and won’t need refinishing), to give the architecture an appealing, organic appearance.

One area of difficulty, apparently, was deciding where to place the new performing arts center.

“It has been a priority for us to have a good functioning performing arts space,” Yates said.

Due to budget constraints and limited space, trying to fit a new auditorium into the construction plans has proved difficult. Yates says they have found a solution with the Flex Commons.

The Flex Commons will be utilized as a cafeteria during the school day, but will also serve as the auditorium for the performing arts. Auditorium seats will be rolled back and stored along with the wall in the cafeteria but can be extended out to accommodate an audience of, approximately, 300 people.

Yates wants to assure the public that a lot of thought went into the auditorium, and the Flex Commons will be a perfect way to incorporate it into limited space and with a limited budget.

“We know that what we want, is a functional auditorium,” Yates said. “We will have space where students can eat, and students can also take advantage of the courtyard area.”

“But when we roll the seats out, the space will really look and feel like a performance space,” said Yates.

The new building will also feature increased security measures. School officials can lock-down any portion of the building during after-school events. During a basketball game, for example, the rest of the school can be shut down while keeping the athletic wing open. Likewise, during a play or concert, the athletic wing can be locked down and only the Flex Commons area left open.

During school hours, all exterior doors can be placed on a timer. For example, students heading to the Industrial Arts building will be able to go in and out at set times during travel periods.

Additionally, the public will only enter through one entrance and will enter into an enclosed vestibule where they must be ‘buzzed-in’ by someone in the administration office.

The project team said they wanted to assure the public that safety is the top priority. Safety is always a concern on any construction site, but given the nature of the school project, it is even more sensitive.

Currently, the demolition site is fenced. Screens will be placed on fencing in the next two weeks. The site is not an open job site.

Kevin Diesslin, of DSI, said each company has vetted employees hired for the project.

“All workers have passed background checks to find out violent offenders, sexual offenders and others,” said Diesslin.

All verified workers will have stickers on their hard-hats; anyone without a verified sticker will be escorted off the property. Diesslin also acknowledged they would be working with Buena Vista Police Department and the Chaffee County Sheriff’s department, should the need arise.