The housing crunch in Buena Vista squeezes tighter during the summer tourist season as the town’s population balloons. The Buena Vista Board of Trustees felt that urgency and passed a motion during their Monday, June 7 regular meeting, to temporarily cap short-term rentals at eight percent of total housing units. 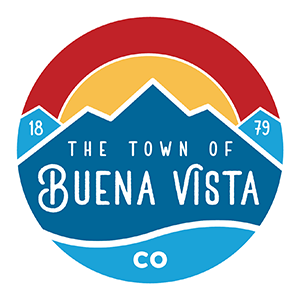 The motion is a precursor to a formal short-term rental discussion agenda item at the next Board meeting at 7:00 p.m. on Tuesday, June 22. The Board’s motion to cap short-term rentals was a temporary measure until they can provide the Planning and Zoning Commission with a more complete directive after the June 22 meeting.

Earlier in the meeting, the Board discussed the Envision Chaffee County Recreation Plan that aims to strategically guide recreation on public lands throughout the county. Public comment for that plan closed on June 4. The Board received at least three letters expressing concern that community members and stakeholders didn’t have enough time or awareness to comment on the Recreation Plan.

“I’ve heard some issues from a couple of different user groups about the Rec Plan,”  said Trustee Amy Eckstein. Speaking to the request to reopen the comment period she added, “I got the sense that people didn’t all get the chance to comment during the comment period.”

Speaking about the Rec Plan, Buena Vista Recreation Director Earl Richmond said, “80 percent of the feedback was super positive and the other 20 percent had constructive ideas.”

Richmond also added that the plan received 200 independent comments by the deadline. The $20 million, five-year plan was scheduled to be considered for approval and adoption in late June 2021 by the Board and the Chaffee County Planning Commission.

It’s unclear at this time if public comment for the rec plan will be reopened, but the orange banner requesting feedback on the https://envisionchaffeecounty.org/ was still live and functioning without a mention of a deadline. The board doesn’t govern the Rec Plan, but they passed a motion to ask Envision to reopen the public comment period for 30 days – to July 4.

Watch the full discussion beginning at one hour and twelve minutes.

In other business, the Board voted unanimously to approve a Community Engagement and Master Planning proposal for two parcels of land near Collegiate Commons owned by the Town of Buena Vista.

The Board heard from the Chaffee County Community Foundation  Executive Director Joseph Teipel, who explained the purpose of the proposal.  “As a community member in town, I feel the housing crunch alongside all of you. And I do think we’re all recognizing that it’s not going away and it’s not getting better on its own. We need to address it as the crisis that it is.”

The Board approved $15,000 in financing to the Chaffee County Community Foundation to conduct a market study, obtain stakeholder feedback, create conceptual site plans, and provide recommendations and suggested next steps to the Town-owned Collegiate Commons parcels.