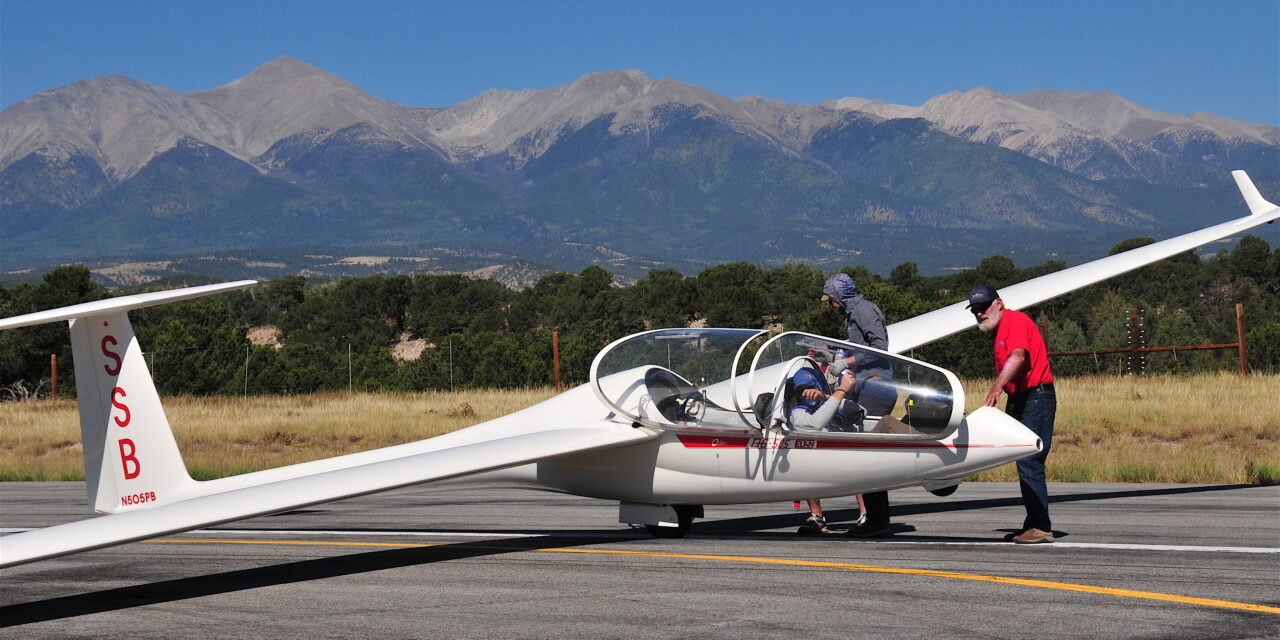 It was another busy week at Harriet Alexander Field, with the Salida Airport hosting multiple gliders from the Boulder Soaring Society as well as glider enthusiasts from New Zealand, all enjoying the spectacular aerial views and favorable weather.

Airport Manager Zech Papp and assistant Dave Dulaigh supervised the multiple takeoffs and landings as tow planes took the long-winged gliders into the air, to be released at proper altitude for often lengthy soaring excursions on cooperative winds.

“We’ve been coming here for about thirty years,” Mike Exner (a member of the Boulder group for 53 years) said. “It’s a beautiful location, the soaring conditions are usually good; this year we’ve better than average conditions actually…”

Jack Knocinski, a 15-year member of the group said members loves the Salida airport. He’s a ship manager for the group and flew in on a motor glider.  These craft can aid in self-launch takeoffs .

“We love it – number one, its just a lot different than flying out of Boulder – what’s nice about here is you have so many different routes you can fly; head up over the Collegiates, Aspen, Vail, whatever, head down to the Mosquito Range, Buena Vista and head back to Boulder, head down to the Sangres, people have easily one down to Blanca Peak, sometimes down to Taos and back; you can head west over Monarch and towards Gunnison, just depending on where the lift is.”

Papp said a glider family from New Zealand, part of a group touring the country, was also enjoying their sport at the airport. 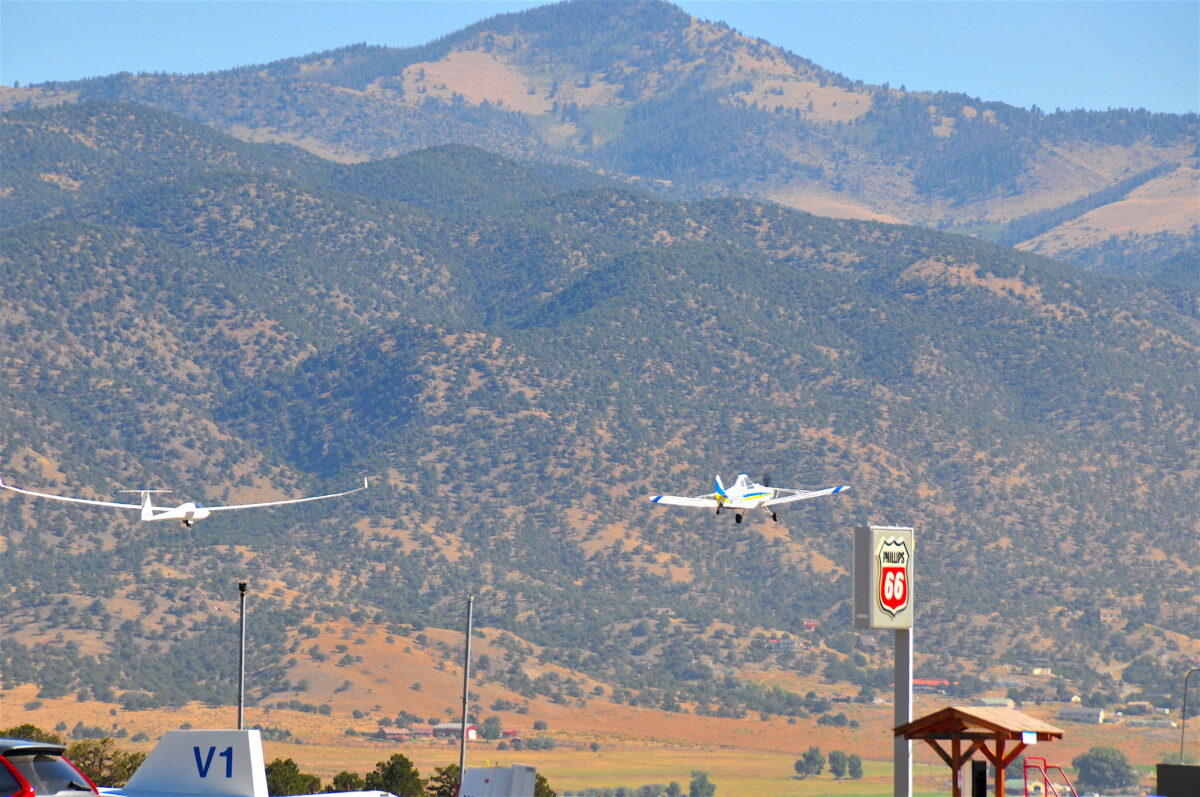 A tow plane takes a glider from the Boulder Soaring Society aloft from the Salida Airport Thursday. Dan Smith photo.

Of course, these groups bring economic benefit to the community as well, as flying group members also reserve overnight accommodations, eat at area restaurants and shop at local stores.

Papp has always stressed that the varied economic benefits of the airport are not always recognized. Fuel sales for aircraft that are stationed here as well refueling for visiting pilots,  landing fees and hangar rentals add up to significant dollars.

Recently, Papp presented a list of priority needs for the airport’s continued sustainability and future growth. 12 hangars have been built since Papp has been working at the airport. He already has at least six letters of intent from people who want to build hangars for additional aircraft and lease the space to build them – as soon as land can be acquired and hangars built on the facility’s east side.

One critical priority recognized for years has been an extension of the current partial Taxiway “A”. Papp explained that with only a partial parallel taxiway, if an aircraft needs to take off to the west, due to wind or weather, it must go onto the active main runway and ‘back taxi’ for an extended period for takeoff, which is a definite safety issue with planes coming into land, and there have been near-misses as a result.

In addition, the field to the east of the existing hangars is set for future hangar development, but cannot be accessed until that 1,500-foot taxiway extension is built. Building it, he notes, would eliminate the safety issues and allow for future hangar development that would bring in much more revenue for the city and county in terms of land leases, tax revenues from additional aircraft based here and increased fuel sales.

Papp says they will need to acquire more property for expansion and proper protection for aircraft access. Protecting such runway approaches and property lines have been addressed in the recent past in the Airport Master Plan.

There are several other growth and safety-related issues that concern Papp as city and county airport 2022 budget planning has gotten underway: