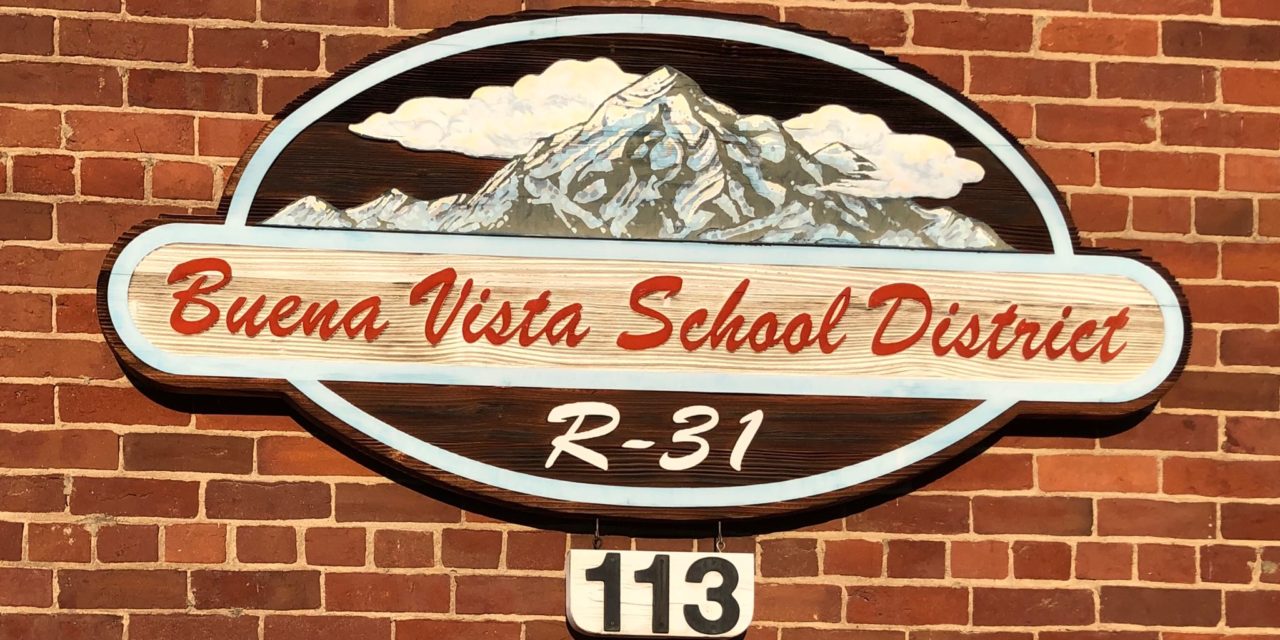 The Buena Vista Board of Education met at 6:00 p.m. on Monday, February 14, 2022. Food Service Director Tamara Wolf and Data Manager Shelly Mueller presented an update on the Food Service department.

“There are so many kids out there that are so appreciative of what we do,” said Wolf at the start of her presentation, in which she announced that as of January, the Food Service Department is fully staffed. “I could not do my job without [the food service staff].”

The district is part of the National School Lunch Program (NSLP), a federally funded program that has strict guidelines relating to food components, contents, and quantities. They are required to make sure that students are served the recommended daily requirements to qualify that meal as reimbursable, and they undergo a federal audit of the program every five years.

Wolf also explained how the district’s program has changed since before the pandemic. In 2020, the district joined the Summer Food Service Program (SFSP), which allows all students to eat free. In 2021, the district fell under the Summer Seamless Option program (SSO), another free program that provides food for children who depend upon the school year free and reduced lunch program. Going to the SFSP and SSO plans has increased reimbursements, as the district is in a rural area.

“This really does help, it even helps with discrimination,” said Wolf. “We don’t have to worry about that.”

Finance Director Janice Martin pointed out that while the school-provided breakfast count has gone down, the district has more than made up the difference in their lunch count and the reimbursable rate.

At the start of the pandemic in 2020, the district was feeding 50 students. As the pandemic continued, they were feeding 500. Between March and the end of July of that year, the district’s Food Service department prepared 25,000 breakfasts and 25,000 lunches.

Mueller, who manages the Free and Reduced Lunch Program, added that there is a misconception in the community that the district is poorer than it is.

“Our Free and Reduced numbers have continually gone down,” she said. “We’ve never been at 50 percent [of students on Free and Reduced Lunch]…We’re down to the two-percent range for students who qualify [for free lunch] based on an application.”

“People coming in are well-paid, they’re both working,” Wolf explained. “We just don’t have the at-risk population we used to.”

Wolf also said that the district frequently gets calls from the community from folks wanting to make contributions to the district’s donation accounts. These accounts cover extra milk purchases at Avery Parsons Elementary School and also include charges such as; charged balances under $5.00 (after several attempts have been made to collect from parents with no success), meal charges for high school students (both Buena Vista and Chaffee County) whose parents have made them responsible for paying for their own meals, and families who are struggling over the long-term, as well as those who just need one-time help.

“We never have a kid who doesn’t eat or doesn’t get a meal,” Mueller said. “Tammy and I talk a lot about the donation funds.” The older boys at the elementary school especially have benefitted from the extra milk.

Mueller also reported that when on the NSLP, many parents didn’t fill out an application because they “didn’t want the government in their business…and then their kids were going hungry.” The Colorado Department of Education (CDE) gives principals the ability to fill out applications for students instead, and Mueller can qualify them on that basis.

Superintendent Lisa Yates pointed out that they want to watch the poverty rate over time, and that free and reduced lunches aren’t always a perfect indicator.

“Every school in Colorado has seen a decrease in students that are qualifying for free and reduced lunch because meals are free this year,” she said. “Without all the effort that Shelly makes to try to encourage families to fill out the paperwork, it’s a lot harder when lunches are already free.

“It’s to the level where Janice has seen the impact because when you don’t have as many students qualifying for free and reduced, it changes the finance formula so we aren’t getting the same amount from the state,” Yates continued. “Now there has to be a look at how we’re determining the at-risk factor beyond just the application process. So it’s true that there might be some assumptions made about our community…Based on the measure that we typically use, the poverty level is not as high as it used to be, but we’re definitely going to watch it because this lunch programming has really changed our ability to assess that.”

Wolf added that it isn’t guaranteed that this food program structure will continue next fall. There’s a Colorado legislative bill to fund breakfast and lunch if the federal government does not.

Over the course of one day, Wolf said they serve around 331 student breakfasts, representing 32 percent of students, and 30 staff, as well as 703 student and lunches (67 percent of the student body), and 66 staff. The district also received $36,154 in U.S. Department of Agriculture (USDA) entitlement dollars for the 2021-2022 school year. $19,000 was used to purchase fresh fruits and vegetables, and the remaining $17,154 went to other food products.

Wolf explained that she typically has to plan and order for the schools’ menus a year in advance, but the supply and demand pressures of the pandemic have resulted in menu changes and shortages of paper products for serving. She shared an image from the US Foods website, on which dozens of items are listed as “Temporarily Unavailable from Manufacturer.”

“This happens so much when I’m ordering,” she said. She often has to come in on Sundays to check what substitutions are available. “We have waivers in place also, because of this, because we have to meet 80-100 percent grain. I have a waiver so I only have to meet 50 percent because I can’t get my whole grain products in.”

Superintendent Yates explained section J of the district’s administrative policies, which cover student policies, adding the board could consider doing a linkage presentation on the JIC policies, many of which cover student safety, conduct, and publications. They also discussed reviewing policy JN, which covers community service requirements for students. There isn’t currently any clarified minimum hour requirement, and Yates and the board said reviewing and reevaluating that section might be a good idea.

Board President Suzette Hachmann said she received a few contacts about Chaffee County High School (CCHS), one from a family and one from a student, and talked with them about how they reached that point, addressed concerns about the future space for CCHS, and clarified that they would have more user group meetings.

Board member Brett Mitchell said he had received a lot of communication about CCHS from the community.

“It’s a very functional building,” he said. “It’s going to be a new school. It’s going to have new classrooms, bathrooms … [and will be] separate from Buena Vista High School (BVHS), but it’s also going to provide some of the facilities of BVHS that [CCHS students] don’t currently have, and hopefully, that will be a nice meld for some of the kids.”

IGA with Town of Buena Vista

The board voted to approve the intergovernmental agreement (IGA) with the town of Buena Vista and Chaffee County for the collection of fees in lieu of land for developments. Each year, the agreement allows for an adjustment of the fee and the IGA to be updated by Resolution. Yates thanked Town Administrator Phillip Puckett for ensuring the agreement stayed at the forefront.

The meeting adjourned at 8:15 p.m. The next regular meeting will be held at 6:00 p.m. on Monday, February 28, 2022, at the District Administration Building, located at 113 North Court Street.