The county’s lot drawings to determine the order that local candidates’ names will appear on the Nov. 6 general election ballot will put Republicans in two of the four top ballot slots. 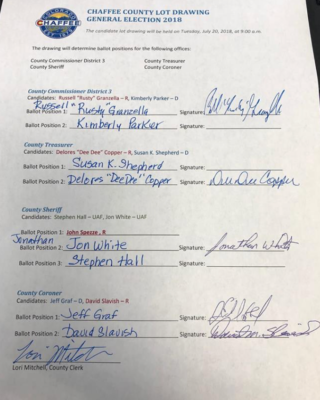