On May 11, Scientists at the Scripps Institute of Oceanography measured carbon dioxide at 415.26 parts per million (ppm). This means that could you count gas molecules in our atmosphere, 415.26 out of every 1 million molecules would be CO2 molecules.
CO2 is a greenhouse gas.

Greenhouse gasses collect in the upper atmosphere, and trap heat near Earth’s surface instead of allowing heat to escape. As a result, global temperatures are on the rise, with dire implications for the global climate.

The Scripps Institute, located at the Mauna Loa Observatory in Hawaii, measures atmospheric CO2 levels daily. The reading from May 11 is the highest atmospheric CO2 has climbed in the past 800,000 years.

“This is the first time in human history our planet’s atmosphere has had more than 415 ppm CO2,” tweeted meteorologist Eric Holthaus. “Not just in recorded history, not just since the invention of agriculture 10,000 years ago … We don’t know a planet like this.” (Per the Associated Press).

Worldwide temperature increases have consequences throughout our biosphere. The ocean is absorbing heat from the atmosphere, and as is expanding as a result. This means the ocean is rising as temperatures do.

In fact, according to National Geographic, ocean levels have risen roughly 8 inches since the late 19th century.

Arctic Sea ice, glaciers and the ice sheets covering Greenland and Antarctica are rapidly melting due to increased temperatures and warmer oceans. This will only exacerbate sea-level rise.

Warmer temperatures across continents will also expand the range of disease-ridden pests. Mosquitoes, for instance, are carriers of a variety of nasty afflictions once isolated to the tropics and regions nearest the equator. With warmer temperatures, these mosquitoes could disperse into regions farther from the equator and bring diseases like Malaria and Zika Virus with them.

Polar bears, for example, reside almost entirely on Arctic Sea ice. As the ice melts and disappears into the ocean, the polar bear habitat disappears with it. 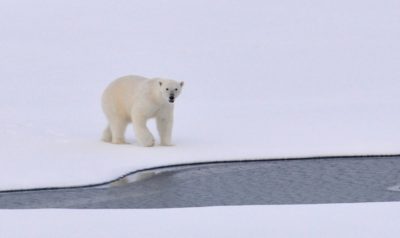 Remember, the UN reported that more than 1 million species of plants and animals are at risk of extinction due to human activities and climate change. Andrew Mackie, executive director of the Central Colorado Conservancy, echoes the importance of biodiversity amidst the rapidly shifting climate.

Mackie recognizes the importance of biodiversity and a stable climate.

“It’s really dramatic, how [climate change] is turning these systems upside down,” said Mackie. “You never know, we might see something as insignificant, but it has a real, potential economic and human impact.”

Mackie points to the medicinal qualities of plants as a prime example. 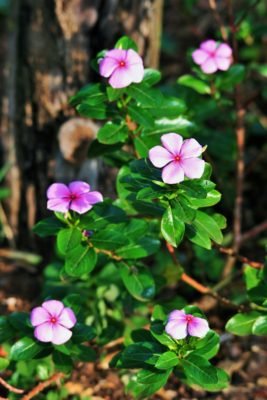 Mackie likened the importance of maintaining biodiversity to a quote from the late American conservationist, ecologist and philosopher Aldo Leopold.

Leopold said, “The first law of intelligent tinkering is to save all the parts.”

As climate change ensues, the ‘parts’ are disappearing. In a world where biodiversity is rapidly declining, so is the potential for discoveries of paradigm-shifting proportions.

For more about carbon dioxide levels go to www.climate.nasa.gov/vital-signs/carbon-dioxide.