CDC Says The Vaccinated Can Take Off Our Masks 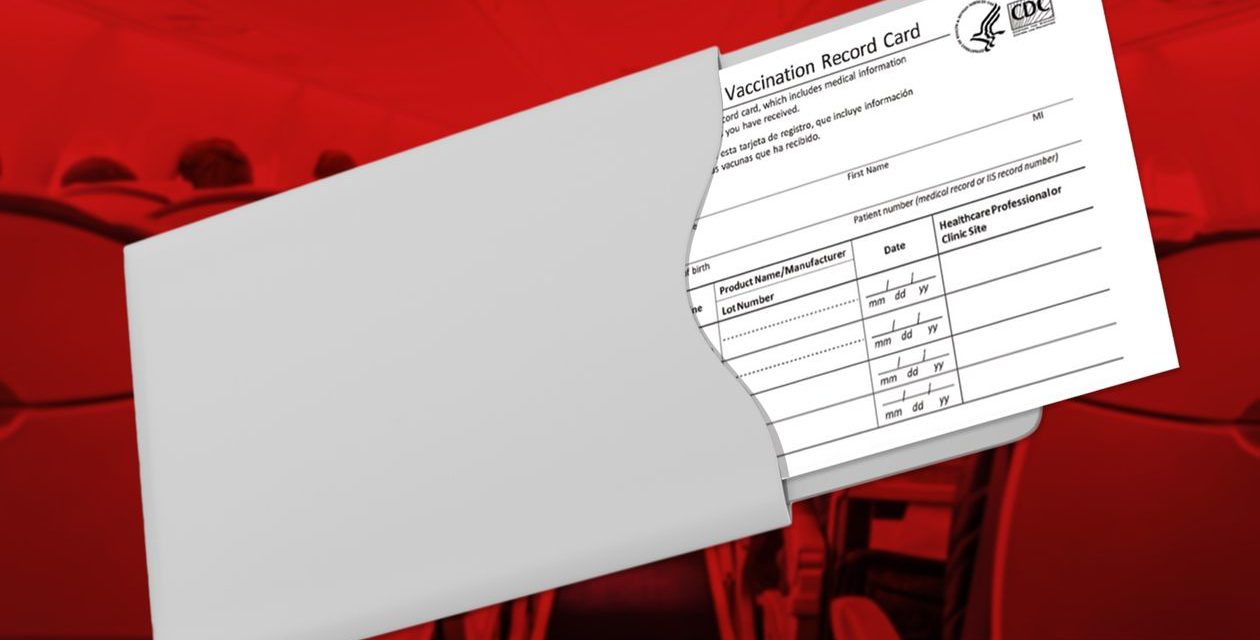 Thursday the Centers for Disease Control (CDC) threw out a curveball that caught the entire U.S. population by surprise, including, apparently the President of the United States, announcing that fully-vaccinated individuals are no longer required to wear facemasks or social distance in most outdoor and indoor situations. The CDC adds that data is showing the vaccines are proving to be so effective and protection is so high, that the risks are significantly reduced.

President Joe Biden, who was meeting with six congressional leaders in the Oval Office, all fully masked, got the message of this decision and all seven individuals removed their facemasks. Later in an address to the nation from the White House Rose Garden, Biden praised the work of the CDC and the scientists and medical professionals that has brought the country to the point where fully vaccinated people can see progress back toward normal lives. But he added that the work is not over – that the country still needs to reach herd immunity for us all to be safe.

In general, people are considered fully vaccinated: two weeks after their second dose in a two-dose series, such as the Pfizer or Moderna vaccines, or two weeks after a single-dose vaccine, such as Johnson & Johnson’s Janssen vaccine.

There are still instances when facemasks are required, including on public transportation, airplanes, in schools, hospitals, prisons, daycare centers, and in large social gatherings such as concerts. Private business owners can still set their own rules for entry. 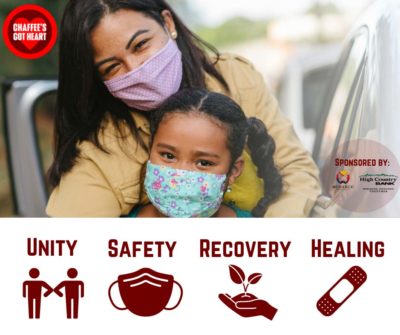 Courtesy of CCPH and Chaffee’s Got Heart.

While the news is joyful, it is also causing consternation in some states, as people question the risk to younger children who aren’t yet eligible to be vaccinated or the immune-compromised.

“So I’m vaccinated, but my three and five-year-olds aren’t,” said one parent. “If I take them with me into a grocery store, how do I know all the maskless people have really been vaccinated? I’m safe, but are they?”

That concern is shared by many. With masks coming off, there isn’t any good way to know whether the people you’re meeting on the street or browsing next to you in a store are fully vaccinated — or are part of a minority that has simply ignored the public health guidelines.

It isn’t like we’re wearing buttons that say “I’m Vaccinated” (although maybe that’s a good idea). Businesses aren’t necessarily asking to see your vaccination certificates to gain admittance (although if you’re going to attend a wedding in Chicago, some event sites are asking for them).

Going forward school districts such as Cherry Creek Schools in the Denver metro area are strongly encouraging employee vaccination, but not requiring it. Many are noting that as long as vaccines are still on emergency authorization, requiring them probably isn’t possible.

But hundreds of the nation’s colleges and universities, are requiring that their students and employees return to campus with proof of vaccination.  On the leading edge of Colorado’s K through 12 schools, the Aurora School District has come out and said it will require its employees to be vaccinated.

Frankly, the CDC announcement assumes good public behavior and admits that it is trying to demonstrate the benefit of vaccination; a return to the normal life we used to take for granted. But this move requires honesty,

Perhaps the question is — how honest are Americans going to be?