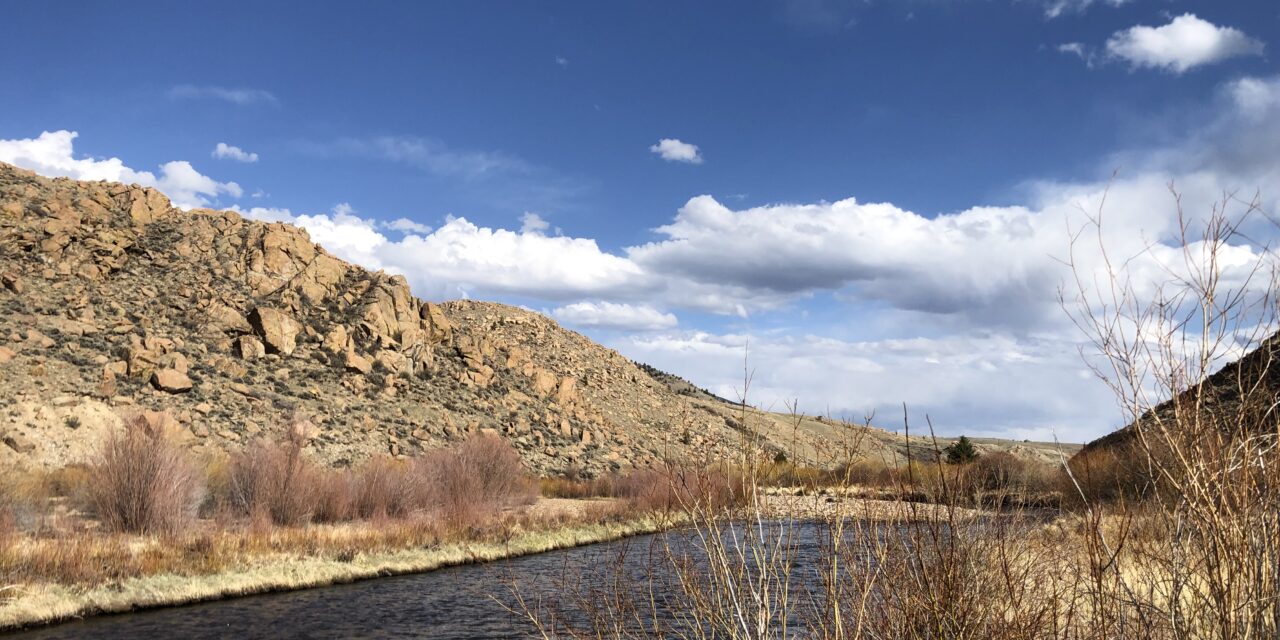 “Central Colorado Conservancy is thrilled to bring Phase 3 of the Preserve to completion. The Conservancy along with our partners at Colorado Open Lands and Lake County as well as our funders have protected important wetlands and habitat for local wildlife, including bighorn sheep, elk, beaver and many bird species,” said Executive Director of Central Colorado Conservancy Wendy McDermott. “The Preserve will be a wonderful resource for Lake County residents and visitors to the area. Having grown up in Colorado, I’ve driven between Buena Vista and Leadville untold number of times and was always in awe of the beauty of the Arkansas River and the hillsides and forests in the stretch where the Arkansas River Community Preserve now exists.”

A conservation easement has been placed on the Preserve which is held by Colorado Open Lands, and a public access easement is held and will be managed by Lake County. Public access to the property for activities such as hiking and fishing will open in a year or so, once a management plan is approved that will balance recreational uses with wildlife habitat protection. Until the management plan is in place, public access is not permitted.

“Colorado Open Lands is proud to partner with Central Colorado Conservancy, Lake County, and our funders to expand the protection of this special canyon along the Arkansas River,” said Colorado Open Lands Senior Project Manager Ben Lenth. “It is a real achievement to put 18 separate parcels back together to create this Preserve, starting with the Andrick family’s land and now comprising nearly the entire stretch of the canyon from Hayden Meadows, almost to Granite. Everyone who has driven between Leadville and Buena Vista passes right through it for over two miles, and we can celebrate that this land will always be available for wildlife and for people to enjoy. Congratulations to everyone involved.”

“Lake County is so pleased to see the establishment of the ARC Preserve and thanks Central Colorado Conservancy, Colorado Open Lands, our funders and other partners and stakeholders for making it possible,” said Lake County Commissioner Sarah Mudge. “The preserve stands as a powerful example of long-term land use planning coming to fruition. Lake County Open Space Initiative (LCOSI) and its critical partners, including CCC and the Upper Arkansas River Restoration Project, have championed decades of invaluable stewardship and restoration of the Arkansas River, transforming this riparian corridor to Gold Medal Water status.  This landscape, with so much natural and historical value, will forever be protected for the benefit of our community.”

“The Arkansas River Community Preserve is the impressive result of over a decade of collaboration and perseverance,” said GOCO Executive Director Jackie Miller. “We congratulate Central Colorado Conservancy, Colorado Open Lands, Lake County, and their partners for the permanent protection of its critical land, water, and wildlife resources, and the expanded opportunities Coloradans will now have to experience the outdoors. The Preserve is truly a gift to future generations.”

“The Colorado Central Conservancy has been a valuable partner in preserving Colorado’s natural heritage through multiple projects over the years. I appreciate that CCC thinks proactively and plans for protected wildlife corridors through riparian and other critical habitat,” said Attorney General Phil Weiser, who serves as the Chair for the Natural Resources Trustees for the state of Colorado. “I thank them for working collaboratively with landowners so that their transactions go through as promised, and I look forward to partnering with CCC in the future as such opportunities arise.”

The conserved land is an important connector to existing public lands including three Colorado Parks and Wildlife state wildlife areas, Bureau of Land Management lands and the San Isabel National Forest. Both the Top of the Rockies and Collegiate Peaks Scenic Byways run along the river adjacent to the land as well. As Colorado experiences significant population growth and pressures, it is considered critical to protect wildlife habitat corridors like this from development while it is still possible, to benefit the public now and into the future.