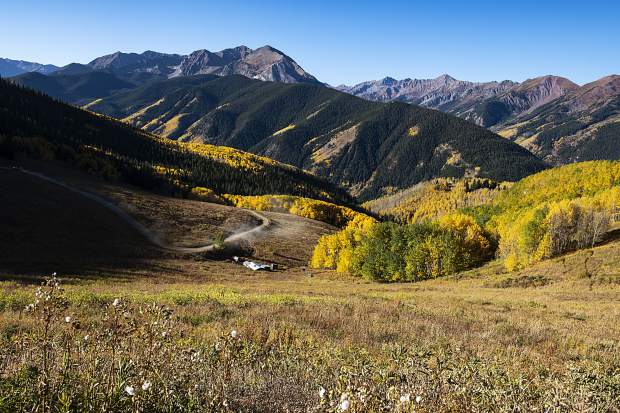 The Chaffee Board of County Commissioners began their Jan. 14 meeting by re-electing Commissioner Greg Felt as Chair and Commissioner Keith Baker as Vice-chair for the 2020 fiscal year. The election was not without a bit of humor, as both Felt and Baker thanked the board for the vote, and acknowledged the mixed blessing leadership.

“A boundary line agreement is a method from Colorado revised statutes in which two owners can agree to what the boundary line is,” answered Roorda. “In theory it involves very small acreages; it clarifies, between two private land owners where the line is and it is intended for small discrepancies.”

Commissioners referred back to two recent meetings involving the county commissioners, commenting on accuracies and inaccuracies within public perception of those meetings.

Baker brought up the Housing Policy advisory Committee meeting last Thursday, Jan. 9, an ideation discussion between HPAC members and Cushing Terrell, the firm contracted to develop the county’s new comprehensive plan. The primary meeting focus was review of the comp plan draft goals related to housing, and discussion of the questions for an upcoming county-wide housing survey to better inform the comp plan.

But Baker said that a comment attributed to him in a recent article in The Mountain Mail regarding zoning appears to have been reported out of context. His remarks focused on the fact that some Colorado counties are using back country zoning to discourage trophy home construction in forest areas.

“My statement was correct, I was talking about mine holdings, and the trophy homes being built by people who live out of state. Often times they build a large structure back there, then start wanting more county services when they’ve been told the roads aren’t maintained … so in essence it comes down to the taxpayers, many making minimum wage, are being asked to subsidize the cost of these services,” said Baker. “We’ve talked about this in the past … some counties don’t allow any construction on mining claims. We could add this into our land use code. Last week I mentioned that development near Big Sky (Montana), that is called Yellowstone. It’s got a big initiation fee, an annual fee, so owners make a conscious decision to pay for their own services.”

“The square footage should have nothing to do with it – there should be the notice that service may not be available,” said developer Karin Adams. ‘”But the difference between an 800 sf cabin, versus a 12,000 sf lodge shouldn’t matter.”

County Attorney Jennie Davis weighed in, noting that the county already had an example from the Hancock Road above St. Elmo in Chalk Creek Canyon. “We said no services. It began as access for snowmobiling, and then folks built [homes] and now they want services.”

That topic raised another, related to the lengthy discussion during the commissioners Monday work session, when several county developers shared their concerns about the lengthy process of getting projects through county approval. Chief among their concerns;  wanting a checklist or process document that would tell them explicitly, what studies and approvals they need to get, at what point staff is authorized to make decision, what has to go to planning commission, and clarity on the grounds for reversals of decisions they had thought were approved.

Felt acknowledged the challenges of the discussion with developers during the Monday work session. “It was challenging. We wanted to talk in generalities, but it was all based on specifics. In these cases in the future, if something doesn’t make sense, or due to code conflicts [Director of Development Services] Dan Swallow would appreciate the applicants reaching out directly to him.”

Cover photo: The Little Annie Road area on the back of Aspen Mountain was saved by back country zoning. Pitkin county officials role in preserving a “rural and remote” back country area that might have become 25 trophy homes. Photo courtesy of Aspen Times.