As we enter the final few days of the 2022 General Election it is worth noting up front — before diving into the election return numbers for Chaffee County — that it is against the law to harass or intimidate election workers. 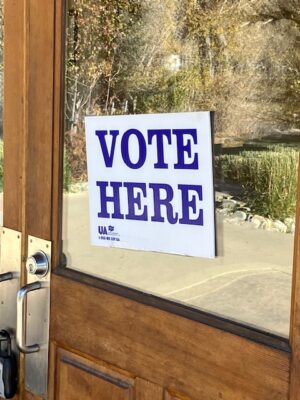 The Salida Scout Hut is the major vote center for in-person voting in the City of Salida. AVV file image.

The role of election watchers is an identified role in elections, but watchers normally check in and follow established watcher procedures. Chaffee Clerk and Recorder Lori Mitchell reports that the election watcher for write-in candidate for Chaffee Clerk and Recorder Elaine Allemang (Carle Linke, according to the credentials she presented) circled the parking lot with another person in a car.

She then came into the Fairgrounds where the ballot scanning is happening and interacted with the Watcher Contact. But she left shortly after that and seemed to go park by the north Fairgrounds building and follow everyone out who showed up to work.