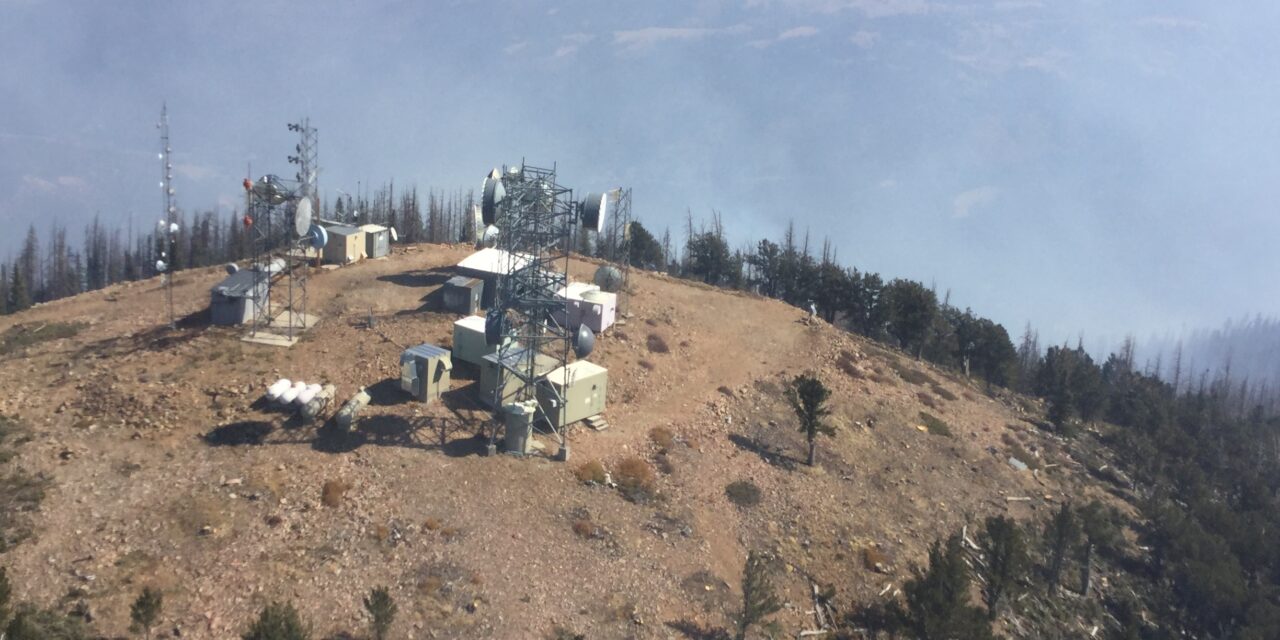 During their Tuesday, April 12 regular meeting the Chaffee Board of County Commissioners unanimously approved a $600 right-of-way (ROW) fee waiver for RIP’s Ranch Subdivision Exemption for Public Benefit. The decision reinforces the county’s view of the importance of a public right-of-way for Forest Road 108 on the north side of Methodist Mountain. The road is critical access to communication tower facilities that impact not just the Arkansas River Valley, but the San Luis Valley and beyond.

Just how critical that access is became a public safety issue before, during, and following the 2019 Decker Fire. When the dozens of tower user were denied entrance by a private property owner to the top of the mountain where the towers are located, they were forced to do expensive helicopter trips to maintain their equipment; and it isn’t just any equipment.

Not only were TV and radio stations impacted, but emergency equipment and the electric control of the West’s hydroelectric power were as well.  Locally, emergency communications was also impacted. “When you talk about the emergency communications network it only works if there are towers to make it work – to send signals to. You have something like this with access blocked – the danger is the emergency alert can’t be operated off the tower system,” said the President of the Methodist/Fremont Tower Users Group Mark Young.

Young represented an intensive effort by that group of communications entities to gain access to keep their towers functioning. He at first attempted road access by contacting a resistant family member who claimed sole ownership of a private parcel through which the forest service road traveled. Then it was discovered that there were several owners of that private parcel who had no idea that access to the critical towers above them was being blocked. They agreed to sell their rights to Young, who has proceeded to set up secure maintenance access for the tower users and the U.S. Forest Service.

Young has said of his all-volunteer efforts “this has been the hardest project I’ve ever worked on, but reaching this agreement was vital to national security. That’s not an overstatement. It is public safety for about 15 states that travels through that mountain.”

Commissioner Greg Felt complimented Young saying, “He did the work finding the landowners, making the purchase, attempting to recover his costs. It was a fair amount of time working on this based on the urgency that the access to the towers provides. I’ve spoken with Forest Service and law enforcement, and this will still require a resolution. The question is does the public benefit from gaining clear and open access constitute reason or a fee waiver?

The subdivision for public benefit does designate the larger parcel as three buildable lots; steep and requiring a slope study, and a determination that the hazard can be mitigated.

“The public is aware of the issues with the [perceived] prior landowner blocking the road, issues for telecom, and electric to service the antennas and electric lines,” said Chaffee County Attorney Daniel Tom. “This designates the access and staff believes there is good public need for this…. the fire demonstrated it.” He confirmed that public access would be for the tower users, the U.S. Forest Service and law enforcement, not the general public.

“It is a huge problem for our community and for the San Luis Valley – not just cell towers, but control and operations for electric power and water,” said Felt. “I’m very appreciative of the work he has done and I’m very supportive. We’ll look at more details when the national designation for public benefit comes through.”